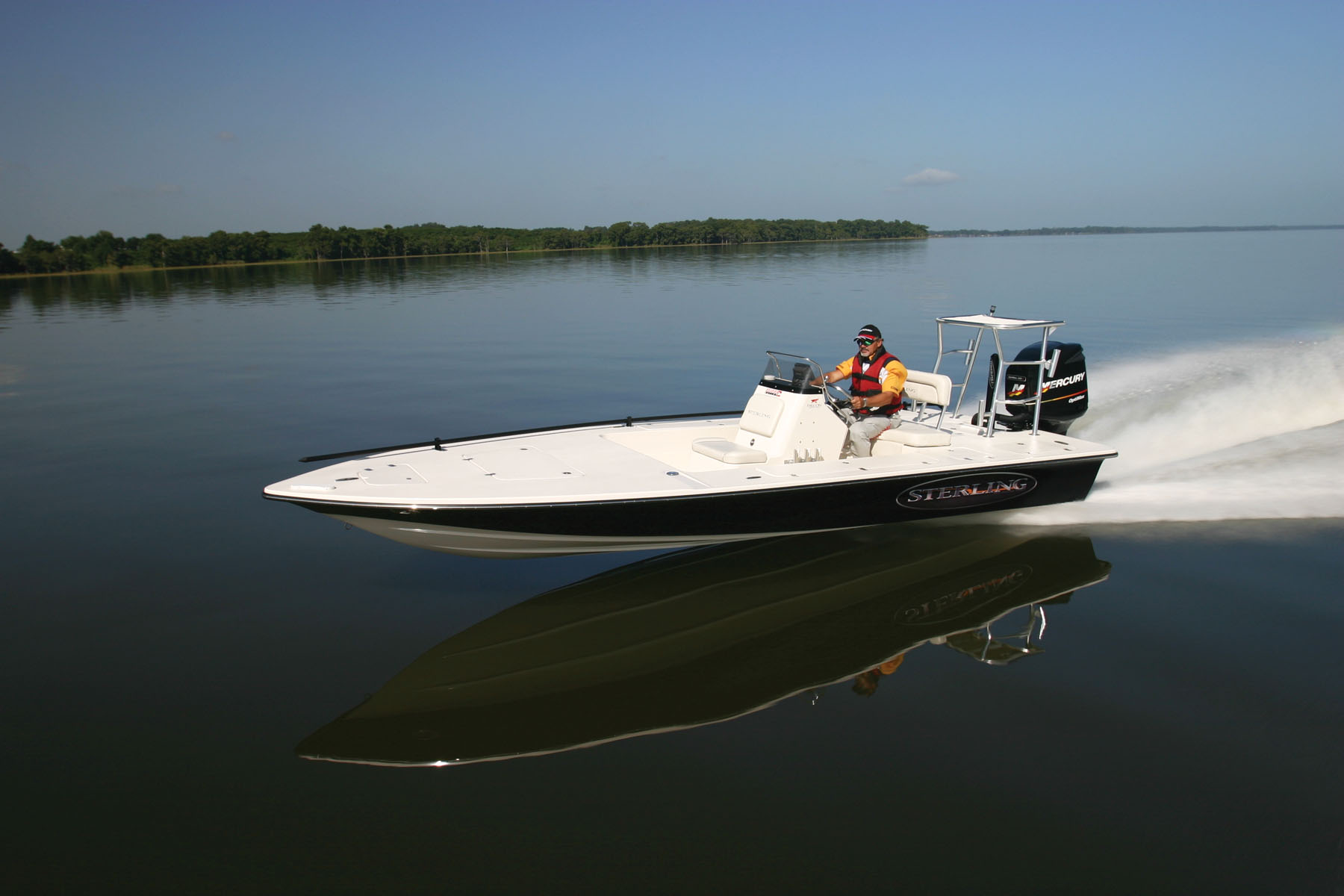 You may have noticed, the boats Texas inshore anglers are running these days have begun to take on a new look. It wasn't too long ago that welded aluminum and flat-bottomed wood and fiberglass skiffs were considered the hot setup and outnumbered other styles by a considerable margin. Nowhere did the tunnel hull flats boat thrive like it did here; and still does. Flat-bottomed tunnel boats are a Texas trademark, so much so that folks from other states call them Texas Sleds.

Getting up and down the coast we see local brands favored, and for good reason, those builders produce what locals like to use. But lately a change has been taking place and there is a list of influences that bring it. Even our local builders have begun to include new styles and new designs.

Whether you can get non-tourney anglers to agree; in the world of boats, similar to the world of automobiles, the competitive face of an industry soon becomes part of the everyday face. In automobiles, the suspension systems we ride on, fuel injection, front wheel and all-wheel drive, even our tires, can be traced back to the racetrack. In fishing, the technology developed to give anglers a competitive advantage in big money tournaments finds its way into the things we use everyday. This is true in rods, reels, line, lures, and boats.

I remember the first year of the Redfish Cup; Texas teams did not fair well. The series was dominated by teams from Florida and they went at tourney fishing from an entirely different angle. It's not that they were smarter or better anglers, what we were seeing was advantage of a three or four year head start, not to mention that they ran faster boats that had a greater range. Winning a tournament, we soon learned, could mean a 250 roundtrip to catch the right fish. It didn't take long for the Texas boys to catch up, though.

Visit a major inshore tournament today anywhere on the Texas coast. The tourney fleet is worlds away from what it was ten years ago. Technology from bass boats, racing boats, and even the aircraft industry can be seen almost everywhere you look. And the fact is; this infusion of materials technology and forward-thinking hull designs are creeping into the recreational fleet with increasing momentum.

Other factors influencing the design of inshore fishing boats include fuel efficiency, improved seaworthiness, generally improved safety, comfort and aesthetics. When the price at the pump was a buck, nobody cared. When we only fished skinny water, who cared whether their fishing boat could withstand three and four foot seas? But things have changed, we want more today. Thanks to a generally strong economy for two decades, we earn more and can afford to spend more. We're a little older and wiser as well, and enjoy the better things in life.

During our visit to the Corpus Christi Boat Show we bumped into Billy Holmes of Gulf Coast Marine. Billy had a rep from Sterling Boats there in his booth and talk soon turned to the sleek models they had on display. Being somewhat of a techy-type I became intrigued as the rep walked us through the various design features of the Sterling 220XS. This boat is a prime example of what I was describing when I said, "the boats Texas inshore anglers are running these days have begun to take on a new look."

Sitting there in the show, the boat just looked fast. Its lines are sleek and rakish and the finish was impeccable. Topside, it is well thought-out and efficient. From a tourney angler's viewpoint I liked the wide walk-around gunwales and rod lockers. I also liked the fact that it is designed for the driver to be seated, my old back and knees would like that!

I got a surprise when I asked Billy who picked the rigging and accessories as everything was as beautiful as it was functional. From the troll-motor wiring in the bow compartment to the console and gage cluster, all the way to the poling platform and jackplate, this was one honey of a rig. Billy just smiled and replied calmly in his Billy way, "It's all standard, that's the way they build them."

Well naturally I was keen to get one in the water, but that show was in January and it was 38-degrees outside with a stiff norther blowing. Then we thought we'd get a ride at the Corpus International Boat Show, until the mother of all thunderstorms came calling and stayed the rest of the day. But we finally got our ride.

Billy arranged that we could meet Glenn Watts at Marker 37 for a demo run. Glenn rolled out of the Padre Isles canal into the ICW on his way to meet us and the silhouette and roostertail from the Sterling in the late afternoon sun was way cool. I'd only been in a few boats of this class and I was excited.

Stepping aboard was pleasant as the craft is very stable. Pam settled in on the seat in front of the console and I joined Glenn behind the controls as we idled out. Once safely in the ICW and away from other craft, Glenn demonstrated capably what the 220XS was designed to deliver. She ate up the 1-foot southwest chop with ease and not a drop of spray entered the cockpit; whether head-on, quartering or following. The ride was smooth and fast. If I must say so, it was faster than I expected and faster than I'm accustomed. My first question was, "How quick can she get to Baffin?"

Swinging onto the Upper Laguna flats, Glenn put her through shallow water paces. What we witnessed was impressive for a craft of this style and size. We were up and planning almost effortlessly in water I thought might have been a tad shallow.

Our overall impression was very good. When asked whether he poled the boat often, Glenn grinned and replied that he liked his trolling motor better; quite understandable considering that she's a 22-footer. Sterling makes a sweetheart of an eighteen for that type of fishing.

Stop by Gulf Coast Marine's Corpus or Dickinson locations for a look at the changing face of Texas boating. You might be in for a surprise.