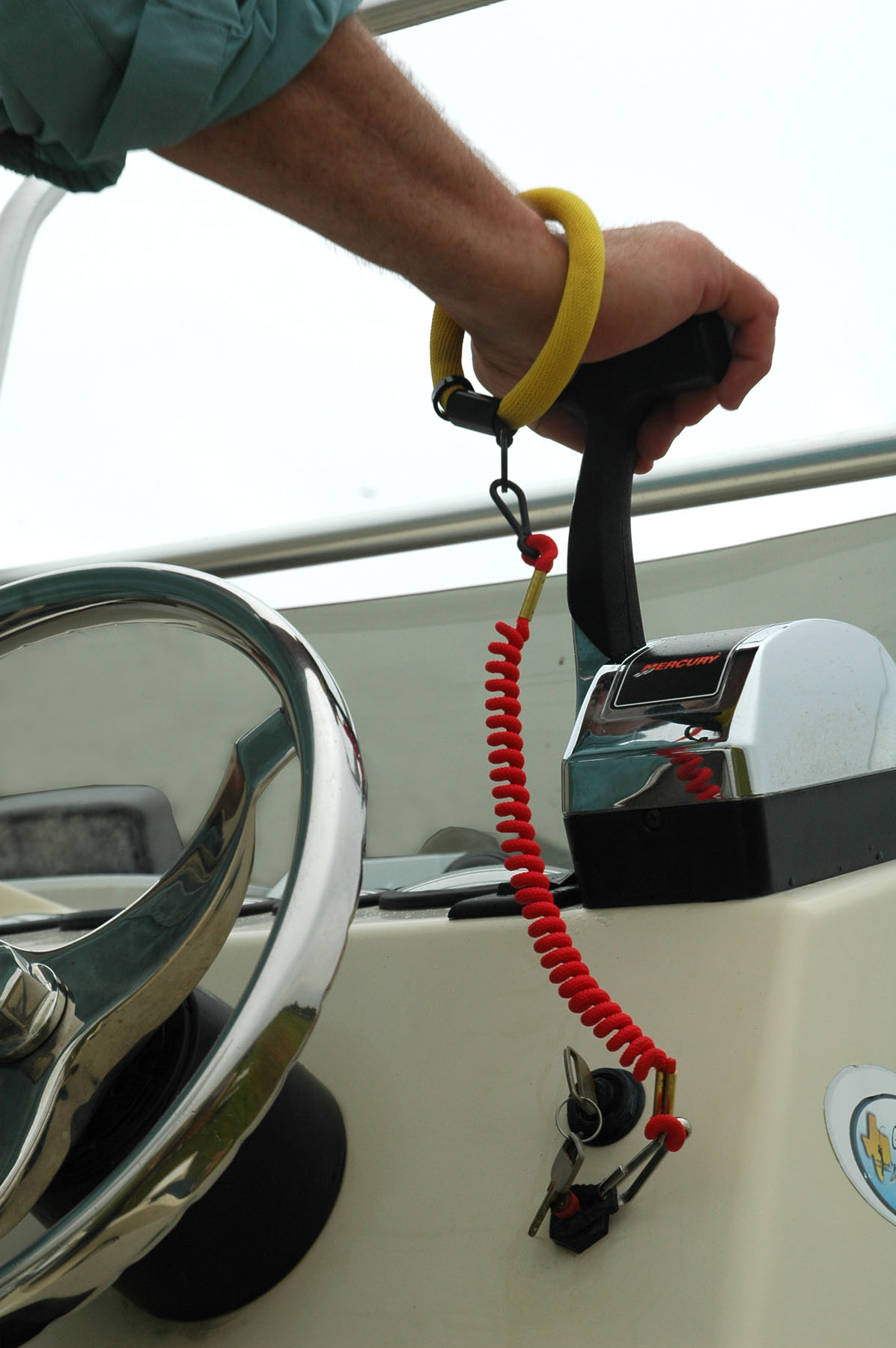 Quite a while ago the engine kill switch became standard equipment on outboard engines, and to most of us long-time boaters it has been little more than an annoying piece of unnecessary equipment. Quickly we figured out how to make a loop in the lanyard and drape it over the throttle.

"I wear it if I am on the boat alone," or, "I wear it when I am in rough water," is what you will hear from most boaters you talk to. I sat in Mitchell's Cut here at Port O'Connor late last summer and counted only one of thirty-five boats going by with the operator actually wearing their kill switch. Well, make that two if you count me.

My friends, family, and I used to belong to the "non-kill-switch-wearing" crowd, but not anymore. Very soon we will be celebrating the first anniversary of my boating accident. Yes, I said celebrating because I am still here and able to write this story. I have both of my legs attached and can walk and run without any noticeable change in their function but there is quite a noticeable change in the appearance of one of my calves thanks to running our boat without the kill switch attached to my body. Did I mention that it was a calm day and I had someone in the boat with me?

"It couldn't happen to me; I've been running boats for years," you say. Well I have too. I was raised on the water here in Port O'Connor and taught to run a boat safely at an early age.

There was no drinking on the boat the afternoon of my accident, I didn't run aground, I was not going fast, the water wasn't rough, I wasn't trimmed up or out too far, the water wasn't too shallow and there was no horseplay going on. I had been running the boat I was driving that day for five years and the boat had never "swapped ends" or even attempted to swap ends before, nor have other boats of the same make been known to swap ends. Basically, every reason anybody could come up with that might have caused the accident was ruled out. I wasn't wearing my kill switchthe throttle was wearing it at the time the Good Lord decided for me to have a freak accident.

When the boat swapped ends I was thrown overboard and the few seconds that it took the person sitting next to me to reach over and turn off the engine was just seconds enough for the prop to pass over my leg and nearly remove it.

I was lucky, very lucky in fact, because we were a great distance from the dock and the prop had cut a blood vessel in my calf. I could have bled to death. My dad was in his boat a short distance ahead and heard the prop and exhaust noise as the boat spun. When he turned and noticed I was gone, he came quickly to investigate. I tease and say that was the day my dad straightened out the back bays, it seemed like we were at the dock in no time and made no turns. Thank You Dad!

Over the past year I have had four surgeries, numerous hospital stays, on crutches for months, and more Doctor visits and bills than anyone should ever have to endure. I have met a lot of people that have shared stories of prop related boating accidents that have happened recently all along the coast and on various lakes. There are a lot more of them than we see in the newspapers, internet, or on TV. I'm blessed; mine seems to have had one of the best endings. The one thing all of these accidents have in common is that no one on the boat was wearing the kill switch.

As the doctor would let me, still using crutches and not able to stand more than ten minutes in an hour; I was back in the boat doing what I love, fishing and driving the boat again. But now the kill switch is securely placed around my wrist and not removed until the engine is completely off.

The little loop along the bottom edge of the pocket on your fishing shirts is there to attach the clip of your kill switch lanyard; life jackets (if you wear one) also have a loop for this. Your belt loop works too. Since I am usually in a bathing suit, I found a comfortable wristband/kill switch holder at Academy for $12.99 that is designed for use on personal watercraft. If you choose not to wear the kill switch, make whoever is sitting next to you wear it and instruct them to jerk it immediately should someone fall off the boat or something goes wrong. What if you (as the driver) should suffer a heart attack or lose consciousness for any reason what will happen?

There really is no reason for not wearing your kill switch and I can give you a lot of GOOD reasons why you should. I will even show you pictures if you need more persuasion; I promise they are not pretty. In an accident situation, a moving prop can amputate or maim in the wink of an eye and the kill switch being activated is the only thing that can stop quickly enough to prevent disaster.

I would like to again thank my dad and boyfriend along with all the Volunteer First Responders that were at the dock waiting on the boat to arrive. I also want to thank, Dr. Barber, Dr. Mondolfi and the great medical staff at Citizens Hospital in Victoria for the prompt and great care I was given. I would also like to thank my family and friends for being so supportive through my long of recovery, (I still have a way to go although we are nearing the home stretch.) It hasn't been easy and I couldn't have made it without you. I pray everyone that reads this learns from our experience and utilizes that "annoying little coiled cord" better known as the KILL SWITCH. It could save your life or the life of someone you love.