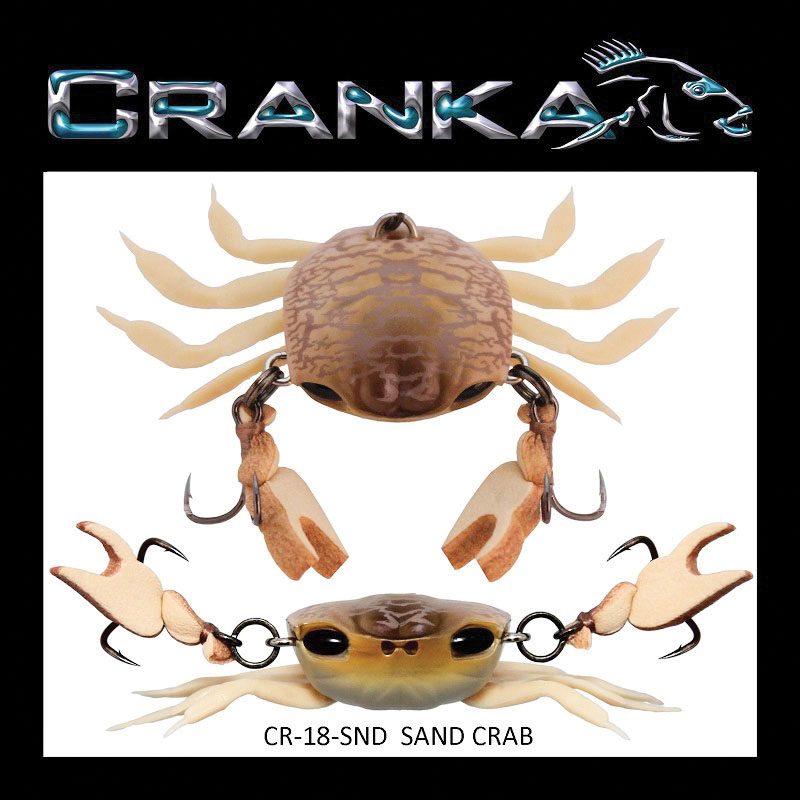 Talk about realism…I cannot wait to get this lure in front of some redfish!
A perk to being involved in the fishing industry is attending the International Convention of Allied Sportfishing Trades, better known as ICAST. This show is where all the manufacturers come to present their product lines to the fishing retailers. In addition to showing all of their standard lines, it is also where most of them choose to introduce their latest and greatest offerings.

Walking the aisles scouting out the new products can give you a sense of trends within the industry. The trend in fishing lures the last couple of years has been toward greater realism. Advances in computer imaging has made it easier for the manufacturers to reproduce Mother Nature's handiwork in both shape and finish. Prior years had been targeted more toward freshwater but this year I noticed quite a few aimed squarely at inshore saltwater anglers.

One company that has been leading the way in this trend is Koppers Fishing and Tackle Corporation with their LiveTarget brand. A couple years back they came out with some clear hard plastic baits that had multiple smaller shad within the body of the lure. They were really cool, but only available in a few styles. This year I ran across their new Glass Minnow Walking Bait. Picture a topwater made up of several small glass minnows swimming in unison as a pod of baitfish would do. Quite often when bait is small and grouped, gamefish will just slash into the schools instead of targeting a single minnow. At times it can be tough to get them to go for a lure when they are in this mode. This thing looks like it'll work.

I first saw it in an area of the show dedicated to new products. Seeing it there led me to swing by their booth for a better look and to learn what else they might have. In addition to the schooling baitfish lures, they also had some very realistic baitfish and shrimp that were amazingly lifelike in appearance.

Their mullet series included a topwater popper with a dished mouth, a slow-sinking twitchbait, a waker and a dog-walker. Each lure is available in two sizes. This series can cover just about any presentation you need when the trout or reds are busting mullet. The finish is as close to the real thing as you can get.

In their pinfish series they had three sizes of slow-sinking rattlebaits. Again, as realistic a finish as you could imagine and available in a matte or metallic finish depending on water clarity and conditions. I could see a big momma trout crushing one of these when slow-rolled through a sandy pothole on the flats.

There were two different versions of perfect shrimp imitations in their line-up, both hard and soft plastic. The hard plastic shrimp is made for getting some distance. Most lifelike shrimp lures are pretty lightweight and tough to use under windy conditions. This one comes rigged with a treble hook under the head and at the tail. The soft plastic version comes rigged with a single hook and a line tie on the head for a forward swimming motion.

As I was leaving the booth I walked by the bass lures and saw something that grabbed my attention. It is a hollow bodied topwater similar to the old frog lures with the double hooks. I've thrown those frogs into some really nasty stuff while bass fishing and they are virtually impossible to hang up, but when struck by a bass they compress to expose a pair of upwards facing hooks. Well now they have used this same concept on a baitfish with the fish appearing to be wounded and lying on its side. The action of the lure is similar to what you see after a baitfish has been stunned and it is struggling on the surface trying to get right. The color selection in this series imitated just about every sunfish you could imagine. In talking to the guys working the booth they said a saltwater version of a pinfish was in the works. Float that thing through some matted grass on the flats and I don't think a trout or redfish could resist.

Savage Gear is another company specializing in lifelike lures. Their shrimp won Best New Hard Lure at the show. It is was designed using 3D computer imaging of an actual shrimp. The line tie is on the tail so that when retrieved with short jerks it imitates a shrimp fleeing backwards. A pause in the retrieve allows it to slowly sink just as a real shrimp would do. The hook setup is unique in that they have placed a magnet inside a slot on the belly to hold one of the hooks of the treble. This keeps the hook tight to the body of the lure instead of dangling. This should help keep it relatively snag free.

They also have a soft plastic crab rigged on a stand-up jighead. Again, it was created using 3D imaging and perfectly replicates a real blue crab. The stand-up jighead puts the lure into a defensive stance. Toss this thing in front of a redfish on the flats and I bet it'll make him tail up before crushing it.

It is really hard to come up with a lure that truly has something new. A small company out of Australia has done it with their Cranka Crab. It too is a realistic looking lure that imitates a crab, but the modular design is totally unique. The lure can be disassembled and parts exchanged to fit different situations. The hard plastic shell body, soft plastic legs, weighted base and floating claws can all be mixed or matched in varying colors and weights. While that might sound fragile I played around with it and it feels very solid. The real attraction for me was the floating claws. With the lure sitting perfectly still on the bottom the claws rise up and wave around giving life to the lure without moving it out of the strike zone. It sort of dares the fish to attack it. Very cool.

Another perk of getting to attend this show is having these folks ask for your card and address so they can send you some of the new lures to play with. Hopefully mine are on their way to the front porch and I can get you guys some real-world reviews from the fish's point of view. I'll let you know.