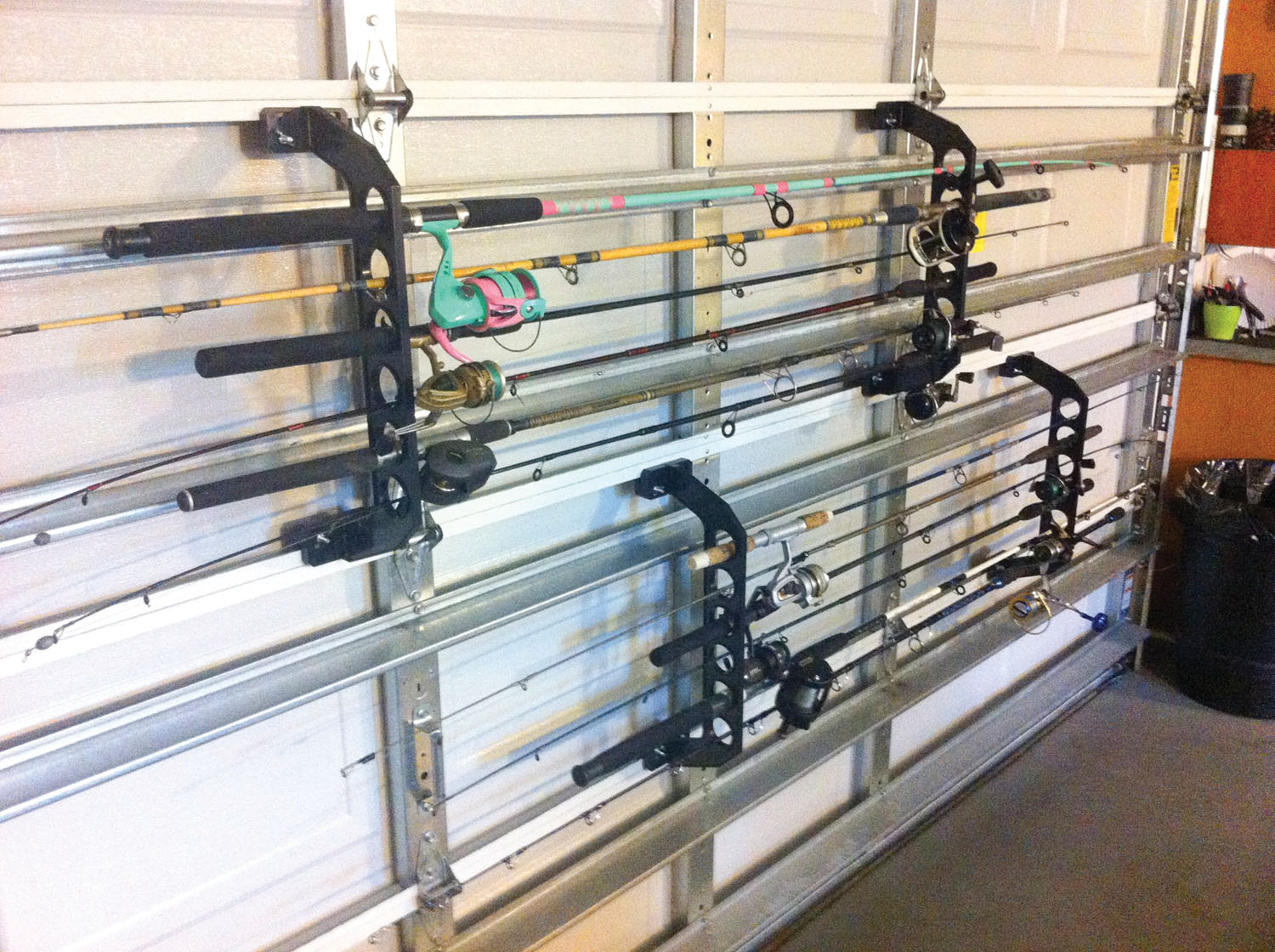 It's that time of year again when the inevitable question arises, "What do you want for Christmas?" For me, it's also followed up with, "and your birthday?" Or maybe you're the one facing the task of buying something for your fishing spouse, brother, boss, etc., and based on the appearance of their garage they already own everything in the tackle store. Never fear, true gear junkies never have it all. The fishing industry depends on us to "need" the newest, latest and greatest. How could we let them down? I figure some of you might be stumped so I'll share a few things that just might end up on my wish list.

A new waterproof case is high on my list. I tend to spend a good deal of time out on the water in all sorts of conditions toting several thousand dollars' worth of camera gear. Pelican cases have always been the standard in this category and I have several. I've wanted a larger case for a while so I could consolidate everything into one case, but I needed to hire a strong youngster to tote the dang thing around. They just came out with their new Pelican Air Series. It comes in six sizes with several options to customize the interior for whatever you want to keep safe. You might not need a suitcase size for a bunch of DSLR gear like I do, but I know there are a bunch of you out there starting to play around with drones as well as multiple GoPro cameras and all their assorted accessories. It'd be nice to have all that stuff in one case to grab and go.

Speaking of GoPro and drones, have you seen the new Karma drone they're coming out with? I've been wanting to give the whole drone thing a shot, but I've been holding off hoping the prices would come down a bit. Well, they pulled it off. A high quality, full feature drone for about half the price of the more popular and established models. They've also come out with the newest Hero 5 series with all sorts of new bells and whistles like 4k video, voice controls, stabilization and touch screen displays. If that Karma doesn't end up under my tree I just might have to make a secret unauthorized purchase.

If you feel the need for a new reel, there were several introduced recently. 13 Fishing continues to impress me with how they've gained a foothold in a tough market category. Their newest baitcaster was design specifically with the Texas wader in mind. The Concept Tx Special Edition steps up their corrosion resistance with sealed bearings and Ocean Armor 2 saltwater protection. While their color might not appeal to everyone, I've heard nothing but good things about their reliability. They've also finally jumped into the spinning reel market with their Creed series. I've been waiting on this to happen. I'd love to put them to the test on my customer rods. They're really lightweight, corrosion resistant and have a faster retrieve than other spinners. Daiwa has also updated their Coastal series baitcaster with increased corrosion resistance and added their T-Wing level wind system which allows for more free line flow off the reel to increase casting distance.

I thought I had all the Costa sunglasses I'd ever need, but here they come with something new to pique my interest. They've improved their sunrise lens and added a mirror to cut even more glare. I've got the original sunrise lens and wear them on the early morning runs, in the fog and under really heavy cloud cover. They're a yellow colored lens that give you the polarization you need while letting in more of the available light when you need it. I started wearing them after a close call on an early morning run. I was cruising along about 35 mph when a really large bug of some kind struck me right below my right eye. It left a bruise, but could have been much worse if it had been about a half inch higher. The sunrise lens gives me the protection without dimming the view.

Ever had a dead battery? Me either... yeah right. There was a cool little product at this year's ICAST that could be a real trip saver. It's called the Weego 44. I'm not sure how they packed so much power into a little bitty package, but this pocket-sized gadget can jump start your boat or truck with 200 amps. Oh, yeah, it'll also charge your cell phone through a USB port or power up your 12v accessories. If that wasn't enough, it is waterproof with a 500-lumen flashlight and an SOS strobe that'll last 14 hours on a full charge. Sounds like a mighty handy piece of gear to have on the boat or even in the kayak. I need one of these.

Another new item from ICAST that caught my eye was the Cobra garage door storage. If your garage looks like mine, you're always looking for a way to add some more storage so that one day it'll be organized. These folks decided to utilize the back side of your garage door panels with a simple clamp-on unit that turns that unused space into rod racks. My new barn will be getting a couple sets of these and I WILL get organized in 2017.

Here's something for your list that my wife got me last year. It's a travel case from TFO and I've used the heck out of it. It has a section for your travel rods, several smaller divided areas for reels and other gear as well as numerous zipper pouches for the small stuff. On my Belize trip I carried three fly rods, two conventional rods, reels for all of them, pliers, extra sunglasses, leaders, extra fly line, flies and a bunch of other essentials all in one piece of luggage. Way more organized than my garage.

If all else fails, you can always make a list of your favorite lures and ask for a stockpile to get you through the year. At least you won't get another tie.