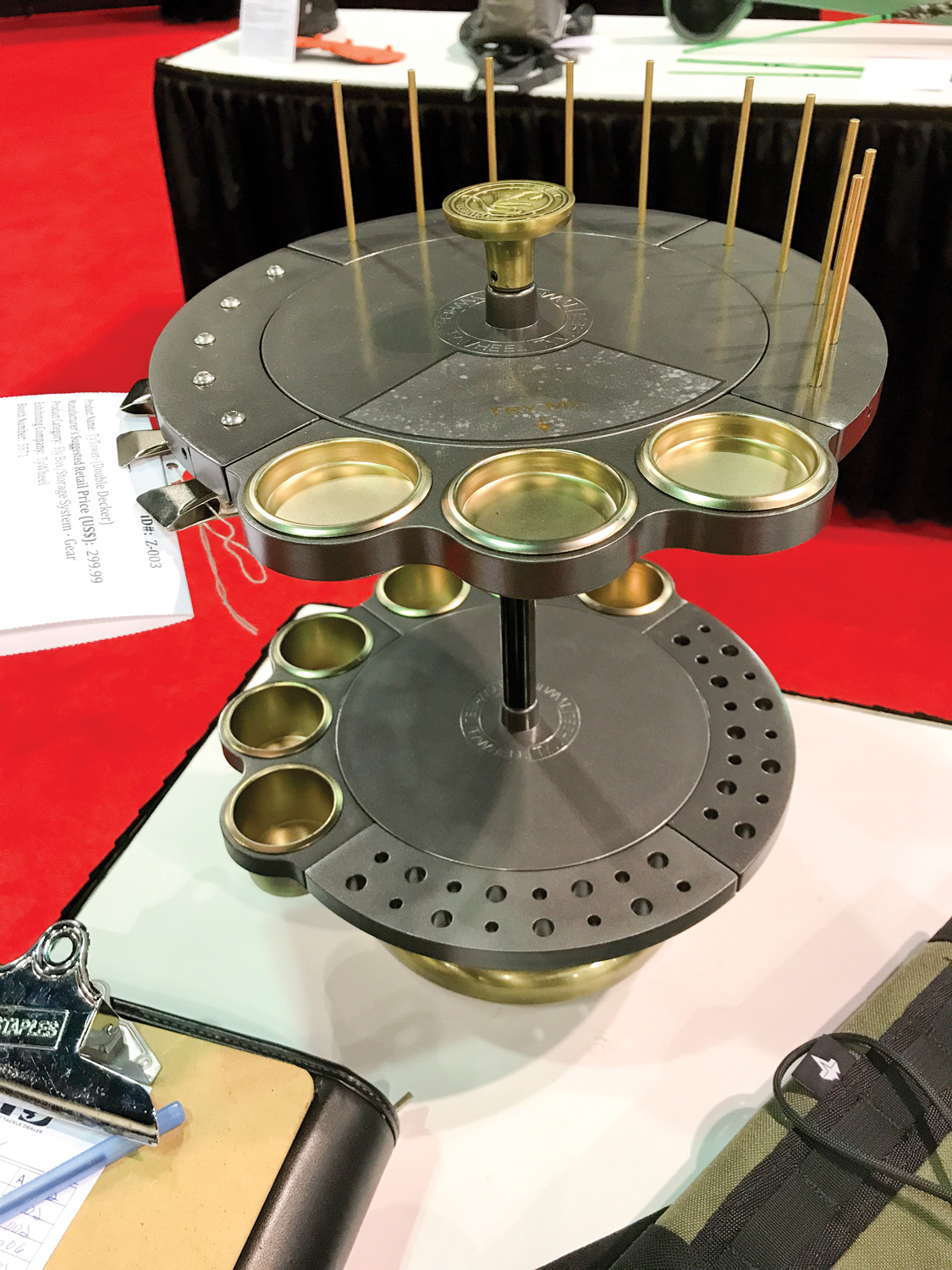 Walking through the doors of the Orange County Convention Center for the opening morning of the ICAST (International Convention of Allied Sportfishing Trades) is always fun. It’s a time to catch up with people in the industry I only get to see once a year, hang out with some of the legends in fishing and, of course, check out all the new toys. I’ve lost count on how many of these I’ve attended, but this one was different.

My first ICAST visit without sales rep responsibilities, our editor had been kind enough to provide me a media badge and I was free to roam the aisles. It took a little getting used to. In years past I’ve had that “exhibitor” badge hanging around my neck with the name of whatever company I was representing, which drew considerable attention from folks wanting to show off their gear.It sure made for an interesting show.

There are so many great new products being introduced that it really is hard to narrow it down to fit in the space I’m allotted in this magazine. I’ll have to settle for giving you a sampling of the things that would apply to the style of fishing I tend to do most.

Every rod company shows up to ICAST with something new, but two new lines from Texas companies caught my attention. First off was a completely redesigned saltwater lineup from TFO (Temple Fork Outfitter) out of Dallas. Their new GIS Inshore rods are some good-looking sticks with bright blue blanks and high-quality Fugi black frame Alconite guides. These are offered in 16 models (spinning and casting) for most anything we’re likely to encounter in our bays or along the beachfront. They cover throwing anything from a 1/16-ounce jig on up to the largest of plugs.

I wandered into the Castaway Rods booth catch up with Scott Luft. After the greetings he handed me a rod and just stood there grinning. Dayum! I’ve never held a full-sized fishing rod that was so light. Weighing in at a mere 2.8 ounces is their new Titania Air. Scott went on to explain some of the technology involved in using a carbon fiber wrap over the blank for strength without weight. The rod also sports a carbon fiber weave grip in place of cork and super lightweight titanium guides. Truly an all-around impressive stick. Pair this with some of the new lightweight reels and you’re looking at less than 10 ounces. If you happen to drop your rig in the water I think it might just float.

Live Target is a fairly new lure company that has come on strong over the last couple years with some innovative lure finishes and ideas. This year they introduced a hollow body topwater mullet that looks like it could swim away on its own. If you’ve ever fished for bass you’re probably familiar with the weedless hollow body frogs where the hook rides up inside the body.That’s what this is, except it is a perfect finger mullet. You could throw this thing into flooded cord grass or work it through those matted up floating grass lines and never worry about fouling.

When I stopped in to visit with Mark Nichols and Ed Zyak at the DOA booth they handed me a 12-inch plastic snake they’ve named Sna-Koil. It was intended for bass, but is apparently catching on with some south Texas guys for big trout. I could see where a big trout or red would think this thing was an eel. I’m also thinking a picky ling hanging on a buoy might like one, too.To prove the point, I just received a photo from Ed of a really nice south Texas trout he caught on a Sna-Koil last week.As much as I hate to admit it, those Florida boys can fish.

With my new boat arriving and my eyes turning towards the beachfront and nearshore action, I had it on my list to go looking for some fishing gloves for handling leaders or grabbing big angry fish. I had received some pre-show promotional emails from a new company called Fish Monkey Gloves so I went looking for them. I was expecting a little 10’x10’ booth with a few gloves hanging on a display rack. Nope. They had a full blown big booth with a dizzying array of gloves. They were exhibiting everything from thin sun-protection styles up to heavy-duty gloves suitable for a leader man handling blue marlin, and a cut-proof style for cleaning fish. It’s hard to impress with something so simple and common as gloves, but these were all well made as well as comfortable. I walked away from there with all kinds of hand protection. I talked to some buyers from our local tackle shops who said they’ll be bringing them in so be on the lookout.

There is also a show within the show dedicated to fly fishing, the International Fly Tackle Dealer.It used to be a separate show, but has conveniently joined with ICAST the last few years. I wandered over to that side of the convention center and got lost for the better part of a day looking through all the toys.

The Flymen Fishing Co. booth caught my attention with an array of poppers. I love poppers.Flymen has introduced several sizes of what they call the Double Barrel Bass Bug. They’re soft foam bodies with extra-large mouths that are going to drive redfish crazy. They sell them as complete flies or blank bodies to tie your own. They’ve also got a more cylindrical style popper head called the Howitzer that can be tied as a head on baitfish patterns to make them into topwaters. I now have a baggie of each style sitting on my tying desk.

Speaking of topwater flies, Drew Chicone has come up with an interesting new fly being offered by Umpqua. The Chicone’s Tuscan Bunny has a head made up of little foam sticks tied like flared deer hair and a rabbit strip tail. I watched a video of this thing and it has an enticing waggle that should drive fish nuts. It was intended for tarpon but I can see ling, reds and trout wanting a piece of the action.

I’m running out of room, but here are a couple additional quick mentions you might want to check out. If your fly tying desk is as disorganized as mine, get on-line and check out the TyWheel.It’s an innovative system that you can mix and match to fit your needs. And if line management is a problem, (and when is it not) go check out Carbon Marine’s new LineTacks. They’ll likely adorn the bow of my new Dargel in the near future.

Now excuse me while I go meet the UPS guy…again. It’s like Christmas around here.