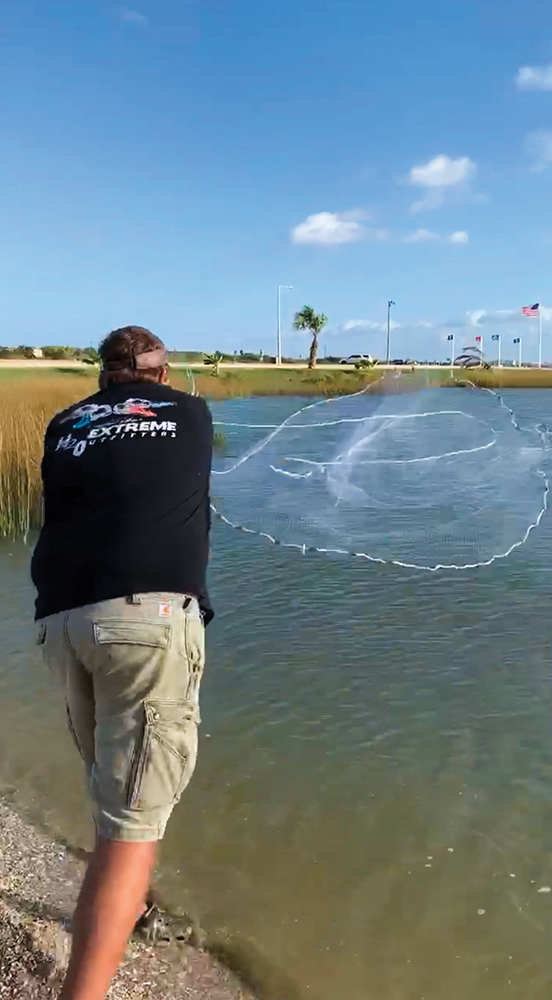 Bait prices vary along the Texas coast but, no matter where you buy it, it will never be as cheap as catching your own. And you can put that in your book!

The majority of our readers are pretty serious lure enthusiasts, some are purists and some go both ways. Even if you are that serious lure chunker and never use live bait, what do you do when you have a couple kiddos or first-timers on your boat and the goal is a tug on their line? They might get lucky with a scented soft plastic dangling under a cork. Their best chances of feeling that tug, though, are more likely with a lively baitfish.

Back to the price of bait – a dozen live croaker will set you back $10, ditto live finger mullet. Provided they haven’t already sold out for the day. Frozen mullet for cut bait goes for $5 a pound. Live shrimp are $20 a quart. Frozen bait shrimp costs $4.50 per box (about a half pound); fresh dead averages $5 per pound. Bait for a family fishing trip can gobble up a $50 bill as quickly as you can pluck it from your billfold.

The net we used in this article is a 4’ radius Super Spreader RS-750 by Fitec. It retails most places for under $25. With a bit of care it can last several years and catch a veritable ton of bait. Compare that with a $50 bait bill for a single outing.

Trying to catch live croaker or shrimp with a cast net probably won’t work too well but mullet, pinfish, mud minnows, and others can be gathered quite handily – and they make dynamite bait for all Texas inshore gamefish species. All you need is a little practice throwing the net and you can do that in your backyard.

Capt. Jake Huddleston has been throwing a cast net since he learned to walk. His granddad made his first little two-footer with pieces of water hose instead of lead weights so he could practice in the living room. Grandpa added sections of mesh and eventually lead weights when Jake was big enough to swing a real net. Jake was happy to help when asked to help with this article.

Advantages of catching your own bait, besides the obvious savings, are being able to catch it just about anywhere you decide to fish, and the simplicity of keeping it alive. A dozen mullet or mud minnows will live for hours in a pail of water or flow-through floating bait bucket – no fancy livewell required.

No worries if you run out; grab the net and catch more. If the fish aren’t biting, you can dump leftover bait back in the water. Sure beats watching a $50 bill swim away!

Probably the biggest problem beginning cast netters have to overcome is starting with too big a net. Everybody wants their first casts to fly like frisbees but that ain’t going to happen with a big net. Your first throws will probably land more like a pumpkin than a flying saucer. Start small, just like Grandpa did with Jake.

Practice makes perfect. The first thing is getting your net to open fully during flight. Then comes accuracy. It will do zero good to throw a perfectly flat net that lands ten feet from a school of juicy mullet. Lots of how-to videos on YouTube and other internet sources. One or two evenings of practice should have you throwing a net and ready to catch bait like a champ.

Good fishing to you…and don’t forget to take the kiddos. They’ll love you for it!