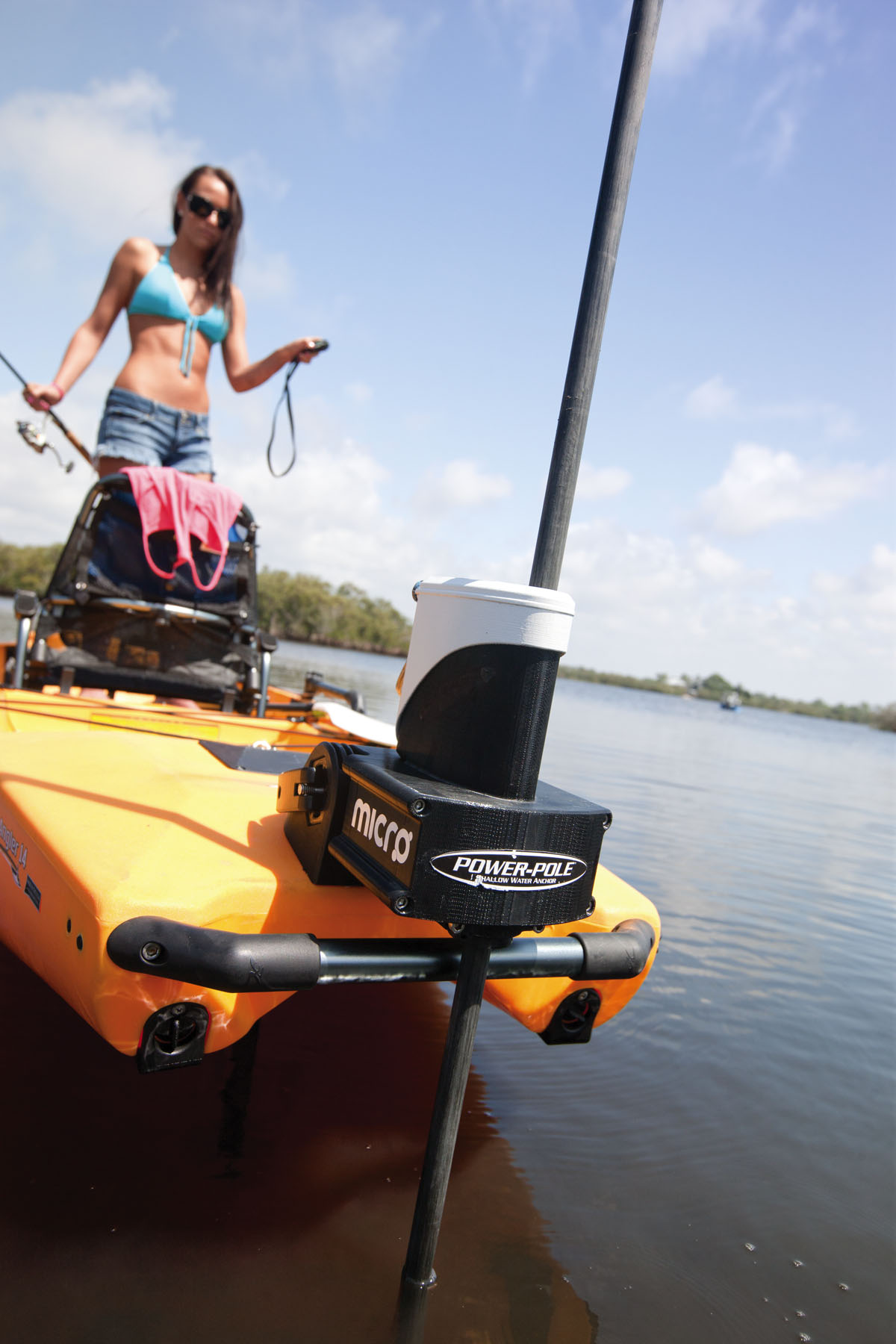 Remember the first time you walked into Toys-R-Us as a kid? That's the feeling you get walking through the doors of the Las Vegas Convention Center for the opening of The International Convention of Allied Sportfishing Trades, better known as ICAST. Think of the best-stocked tackle store you've ever visited. Now realize that the owners and buyers from that store come to this show to see what's new.

I've been to this show many times but always in my role as a sales rep. In that capacity I never really got to walk the floor and check things out. My concern was dealing with my tackle store customers and the companies I represented. This time I was there just to take it all in. Three days of walking the aisles and playing with all of the latest and greatest fishing toys with no responsibilities sure was fun. It also gave me the idea to share some of the new products I saw that pertain to shallow water sight fishing with y'all.

Probably the most talked about new product at the show came from the folks at Power Pole, the Micro Anchor. This cool little unit took Best of Show honors and with good reason. Most every shallow water angler is familiar with the Power Pole units. I've got one on my poling skiff and it has changed the way I fish. The new Micro Anchor is a much smaller and lighter unit that utilizes an electric motor instead of hydraulics. The entire thing weighs in at just 7.5 lbs and can be powered with a small 12v lithium battery. It deploys the stake out pole at a little over one second per foot to a maximum depth of 8.5 feet. It's rated for skiffs up to 1500 lbs but can also be installed on a kayak. Imagine paddling up on a school of tailing reds, touching a button on the remote to set your anchor, and putting yourself in the perfect position to place your cast. I don't know about you, but I'm thinking about looking into buying stock in Power Pole.

The number of new lures was overwhelming but the majority were new colors or slight alterations of old standards. There were however a couple that caught my eye. The first was from a line of hard baits called Live Target by Koppers. All their lures have very realistic finishes but the one that stood out was their new Bait Ball series. It comes in a basic crankbait or stickbait made of perfectly clear plastic. Inside the plastic are several small realistic baitfish. The overall appearance is of a tightly packed bait ball. When predator fish are feeding on smaller baitfish they'll often push them into a ball before slashing through them. I'm not sure exactly how the fish will feel about this lure, but it sure enough caught me.

Another lure that will likely get the attention of Texas coastal anglers is a new offering from MirrOlure in the Paul Brown series dubbed the Soft-Dine. They took their small MirrOdine shad bait and made it in a soft plastic Corky style. I've had success with MirrOdines and the Corky, this combination of the two looks like a winner to me.

There were enough new reels introduced to warrant an entire article, so I'll just go with the one that won the Best New Reel award Shimano's Chronarch CI4. It has a frame and sideplates made of carbon fiber making it super lightweight. And unlike the previous lightweight Chronarchs and Cores built on magnesium frames, the CI4 should be nearly impervious to salt corrosion.

An added bonus to this year's ICAST was the integration of the International Fly Tackle Dealers show. In past years this was a separate event, but they've now joined with ICAST making it easier on the dealers that carry both fly and conventional gear. It also gave me a place to spend a lot of time.

It seemed like most of the fly rod manufacturers had something new in their line-up. The two that got my attention were offerings from Temple Fork Outfitters and G Loomis. TFO showcased a new series called the Mangrove designed by Flip Pallot. As the name suggests it was built for casting into tight spots along mangrove shorelines. They are fast action, high line speed rods that load quickly for follow-up casts with minimal backcasts. They may have had banging the mangroves for snook and tarpon in mind, but I think they'll make excellent tools for sight casting to reds where quick accurate casts are necessary. The Mangrove is treated with their TiCr coating for added durability against nicks and scratches. I had the chance to try out the 8 wt in the casting tank and I've already got one on order.

The new rod from Loomis is the Pro4x. They built these as a higher-quality entry level rod. The three lower sections are constructed of GL3 while the tip is made of the new NRX material from their top-end rod. This makes for a rod that is durable, yet still light with a fast and accurate tip at a price that won't make your wife too mad.

One of the cool things about this show is getting to talk with some of the pioneers and icons of the sport. I got a kick out of running into Lefty Kreh, Bob Clouser, and Andy Mills; all genuinely good guys. Another that I enjoyed talking with was Jim Teeny of Teeny Fly Lines. We talked redfish and fly lines for a while and he handed me their newest product, a reversible winter/summer redfish line. There are plenty of "redfish" lines on the market, but most are designed for warm weather fishing and don't perform all that well when it gets cold. With this line you simply pull it off the reel and switch ends according to the season.

Of the hundreds of flies I checked out, the one that stood out and seemed to garner the most attention was aptly named "The Game Changer". It's an articulated fly, much like many of the new hard swimbaits that have hit the market in the last few years. Seeing this thing swimming through the water was amazing, but the coolest part was how it fell like a wounded baitfish in a death spiral when paused. I've got some juvenile tarpon that have been giving me fits and I can't wait to try one of these on them. The guys at Umpqua said it should be available by the first of the year. But if you're into tying, the jointed wires are available through Fishskull and there are tying instructions on midcurrent.com. I'll be working up a few of these soon.

Timing is everything, so they say, and unfortunately most of these items won't be hitting the shelves in your local tackle stores until later this year. So in the end, seeing all of this cool new stuff ends up being a lot like those trips to Toys-R-Us and then having to wait until Christmas to get your hands on them; but it was still a helluva good time!