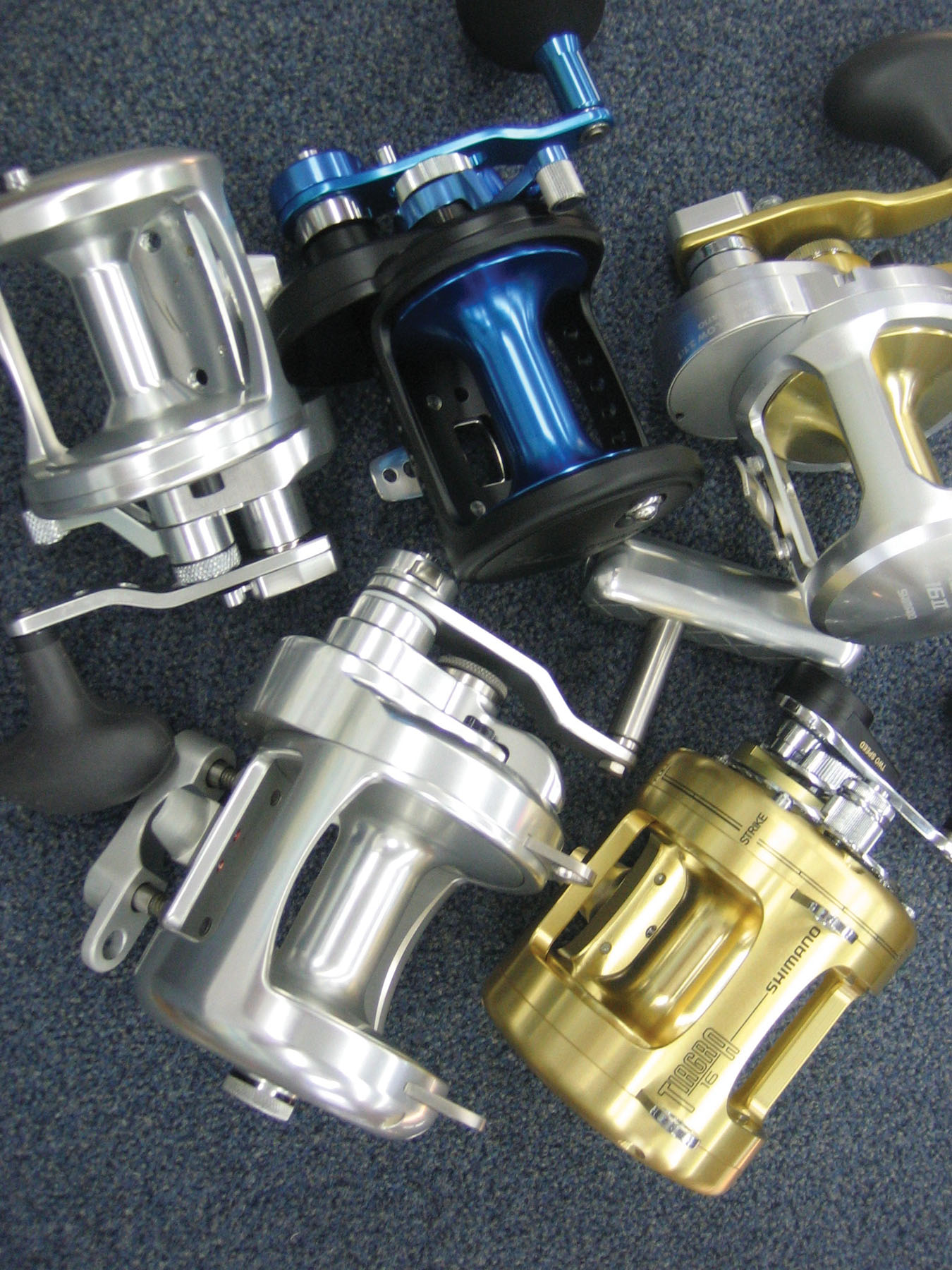 Who would have guessed that by designing a spar-type oil rig to drill in very deep water, ocean engineers would contribute to blue water fishing like never before. The Nansen and Boomvang spars first gave us this opportunity. The Nansen Boomvang spar area is accessible for most offshore anglers from Galveston all the way down to Port Isabel. Due to the fact that the Nansen Boomvang area receives lots of fishing pressure for its yellow fin tuna from party boats, yachts, and center consoles, fine-tuned methods are needed for a successful trip. The four methods of attack for the yellow fin tuna chunking, jigging, top waters, and stick/jerk baits. All of these methods are very successful but require the right rod, reel, and line to achieve the goal of enticing a yellow fin tuna into a strike.

The first method is CHUNKING. Chunking involves cutting black fin tuna, bonito, or skipjack tuna with or without the skin into 1-inch cubes and establishing a chunk line. The advantage you gain with skin still attached is being able to hide the knot under the skin, so the yellow fin can't see it. The chunk line is basically a series of chunks thrown over the side of the boat about every 20 seconds to draw yellow fin tuna in close. When you arrive at either Nansen or Boomvang spars, keeping the chunk line going all night is a must to increase your chances of drawing in the yellow fin. Dropping your chunk rig in the chunk line consists of using anything from a small, ball bearing swivel (150# or 200#) to a 5-foot length of fluorocarbon leader (60, 80 OR 100#). These are tied to either a circle hook or live bait hook that is deployed in a manner that keeps the chunk moving continuously for about a minute. Then the line is reeled back in so more chunks can be dropped over, so your chunk rig can again be dropped back into the chunk line and let out. A ball bearing swivel is used in the chunk rig because it helps take the twists out of your line. A note: when you use fluorocarbon leader material that is pretty light, such as 60#, it's a good idea to double over the leader material when tying the swivel and hook on. That way, there is more surface area on the hook and swivel eyes, so a long fight doesn't result in a lost fish due to the eyes cutting through the leader material. (Leader material is inherently un-stretchy.)

The current can affect how successful you are at chunking, so small modifications, such as adding a small pea-sized egg weight above the swivel or rubber core sinker above your chunk rig can increase your chances. Also, if you change your hook from a thin wire diameter to a thick wire diameter, you'll have all the extra weight you need to get a bite. One of my own personal preferences when I'm chunk fishing for yellow fin tuna is to throw some silver glitter with my chunks, imitating small fish scales. This keeps the yellow fin curious about what's going on further up the chunk line.

The setups I like for this method of fishing are small, 2-speed reels, such as the Shimano Tiagra 16, Talica 16, TLD 20 or 30 2-speed reels, Daiwa Saltist 40 or 50 2-speed reels, Avet LX 6/3 or HXW 2-speed, or Accurate B2 30 or 665 wide spool 2-speed. The rods that match well with these reels are 6 to 6 feet long and have a mono rating of 30 -80# test. Spectra backing to a mono top shot is required due to the limited mono line capacities these reels have, but even so, they sure are lighter than other reels that carry much higher mono line capacities.

The second method I would like to elaborate on is JIGGING. Jigging involves tying on various sizes, colors, and weights of lures to discover what the yellow fin tuna wants that particular night. I don't recommend only one type of jig, color, or weight because of variables such as the current. For instance, if you only have light jigs, they won't get deep down in the water column when the current is running hard. I know knife jigs or butter fly jigs are very popular, but I still also suggest candy bar style and diamond jigs, especially when everyone else is using butter fly jigs. A different kind of fall or flutter might be all it takes to draw a strike.

One of the key components that makes vertical jigging so effective is spectra line, which is sold under many popular names such as Jerry Brown, Power Pro, Momoi Diamond braid, and Sufix Performance Braid (a very thin, super strong version with little to no stretch). The introduction of specialized jig rods for vertical jigging has really changed the offshore fishing rod market. Both the small, light-weight rod (that feels like the weight of a bay fishing outfit) and the jig rod (that is almost the same diameter as bay fishing outfit) are starting to become the norm. Many rod manufactures offer these as a model to take down serious fish like the powerful yellow fin tuna. Traditional jigging methods of letting the metal jigs fall and racing them back up to the surface is still popular, but new methods such as walking the dog vertically are gaining in popularity.

The next two methods of attack on yellow fin tuna will be TOPWATER LURES and STICK/JERKBAITS. Remember to keep the chunk line going and take various sizes of metal jigs to account for the current (or lack thereof). All these different methods have been developed because until you're out there, you won't know what the fish wants.