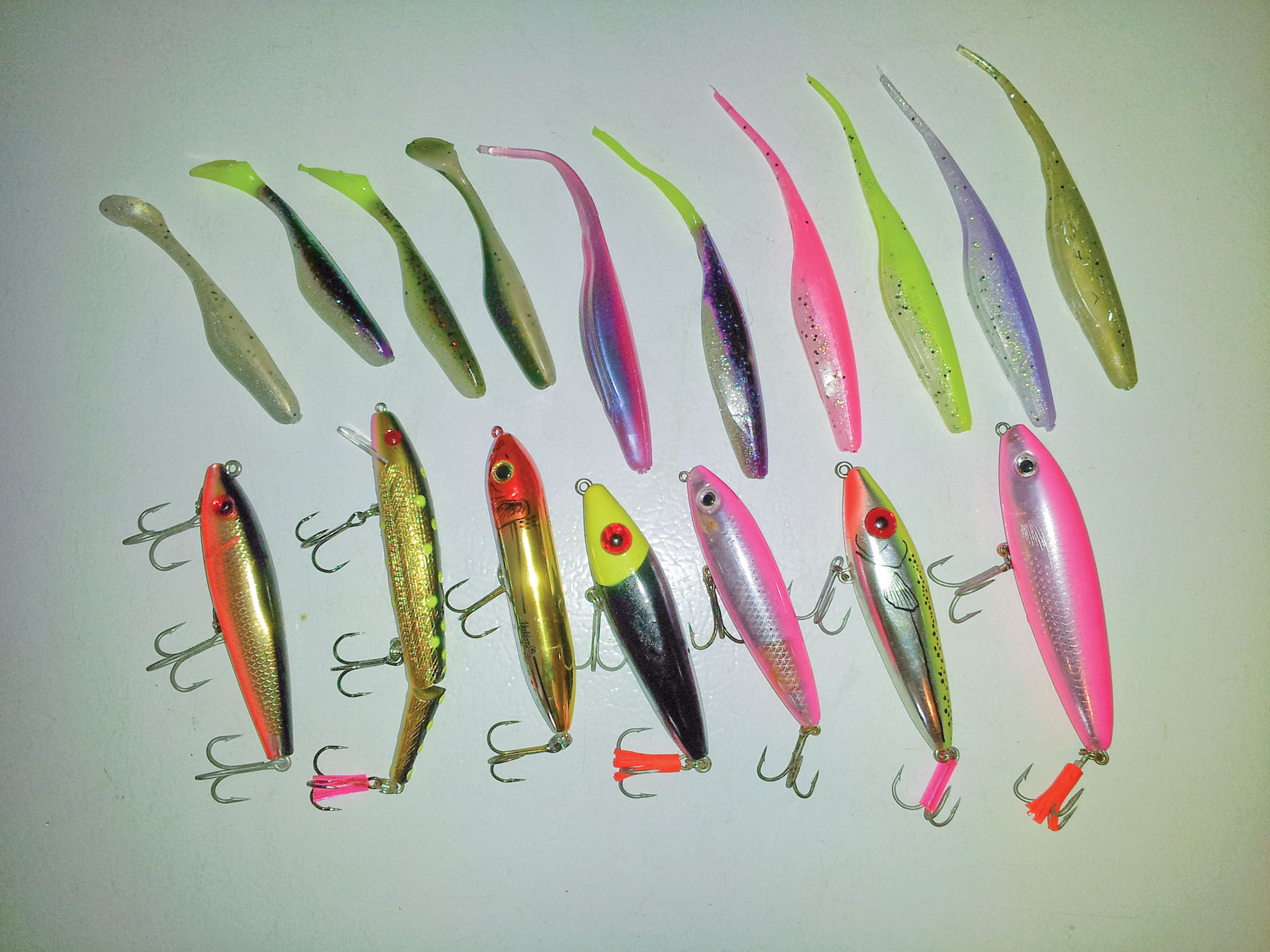 Even though some of us really diehard (or maybe it's hardheaded) fishermen keep our lines intermittently wet during the winter months, April showers and spring flowers initiate the fishing season for most Gulf Coast anglers and what a great month it is going to be in both East and West Matagorda Bay systems. And why do I say that? Well for starters - both bays are loaded with fish right now. Let me explain a bit further. With the milder than usual winter weather we were blessed to enjoy, most of our bait species such as the glass minnows, piggy perch, etc, seem to have grown a tad larger than we normally expect to see them at this time of the season. This in turn has allowed our local trout and redfish populations to get butterball fat, like footballs, because of all the rich forage that is available to them. In other words, our bays are in real good shape and anticipation is up there for some great fishing on the horizon.

My normal routine for April is to spend most of my time in East Matagorda Bay where I focus on scattered shell and mud along leeward shorelines and also on the many mid-bay reefs when the wind and water conditions will allow. Personal records indicate that most of the fish should still be on mud and shell throughout much of the month.

Some days, depending who I'm taking fishing and what their personal preference might be, and also on those sweet weather days when everybody and their Uncle heads to East Matagorda, I'll scoot on over to West Matagorda Bay. My strategy in West is to cruise the south shoreline searching for schools of glass minnows working along the various sandbars and shallow grassbeds. Given the average set of weather and fishing conditions, April happens to be one of the best months of the year to fish West Matagorda Bay. An incoming tide is normally most opportune, but be on the watch for sharks in your wading area because they like to hunt on an incoming tide too. If you are intent on taking a few fish home for dinner, remember you'll need a shark bucket or frequent trips to the boat to drop them in the icebox.

It seems that every time I get around a bunch of new or relatively inexperienced fishermen they want to talk about the baits I happen to be using at that specific time. I guess that it is only natural for them to believe the magic is all in the bait, not in how you use it. I have always said that the best bait is probably the one you have the greatest confidence in throwing, provided of course that it is a reasonable match to the current conditions.

Truth of the matter is, I too have my own confidence baits, and apart from mixing in a few seasonal favorites for colder conditions such as Corkys or other slow sinkers, my arsenal really doesn't really change all that much. If you fish with me or read my reports you probably already know I am a big fan of MirrOlure hardbaits. Even though our average baitfish might be a tad larger than normal this spring, I will still be casting smaller baits. MirrOlure She Pups when I think a topwater is needed and the Catch 2000 for subsurface work are two of my favorites. I am also very partial to the Super Spook Jr this time of the year.

In the soft bait department I am a died-in-the-wool Bass Assassin man. During April the 4" Sea Shad will be a good pick in Hot Chicken, Chicken-on-a-Chain, and Roach. Bass Assassins also came out with some new colors for us to try - Slammin' Chicken, Morning Dawn, Albino Ghost, Pink Ghost, and Limetreuse Ghost.

Bass Assassin has also introduced a new umbrella bait called the Armed Assassin. This contraption (literally) swims five baits in a cluster. I can only imagine what havoc this bait will wreak under birds.

Another favorite of mine is the "tuned up" version of the old standby Rebel Jointed Minnow from local big trout aficiando Eddie Douglas - the E.D. Broken Back Special. This bait takes a little practice to become proficient but believe me, the trout absolutely slam this thing. Look for it at Johnny's Sport Shop over in Eagle Lake.

It's April and fishing season has kicked off. We're switching gears from cold-weather mode to warmer spring tactics. If you haven't already done so, get your outboard tuned and serviced and give your trailer's wheel bearings a little TLC. Good luck and good fishing; remember to practice patience and good sportsmanship when the water gets crowded.