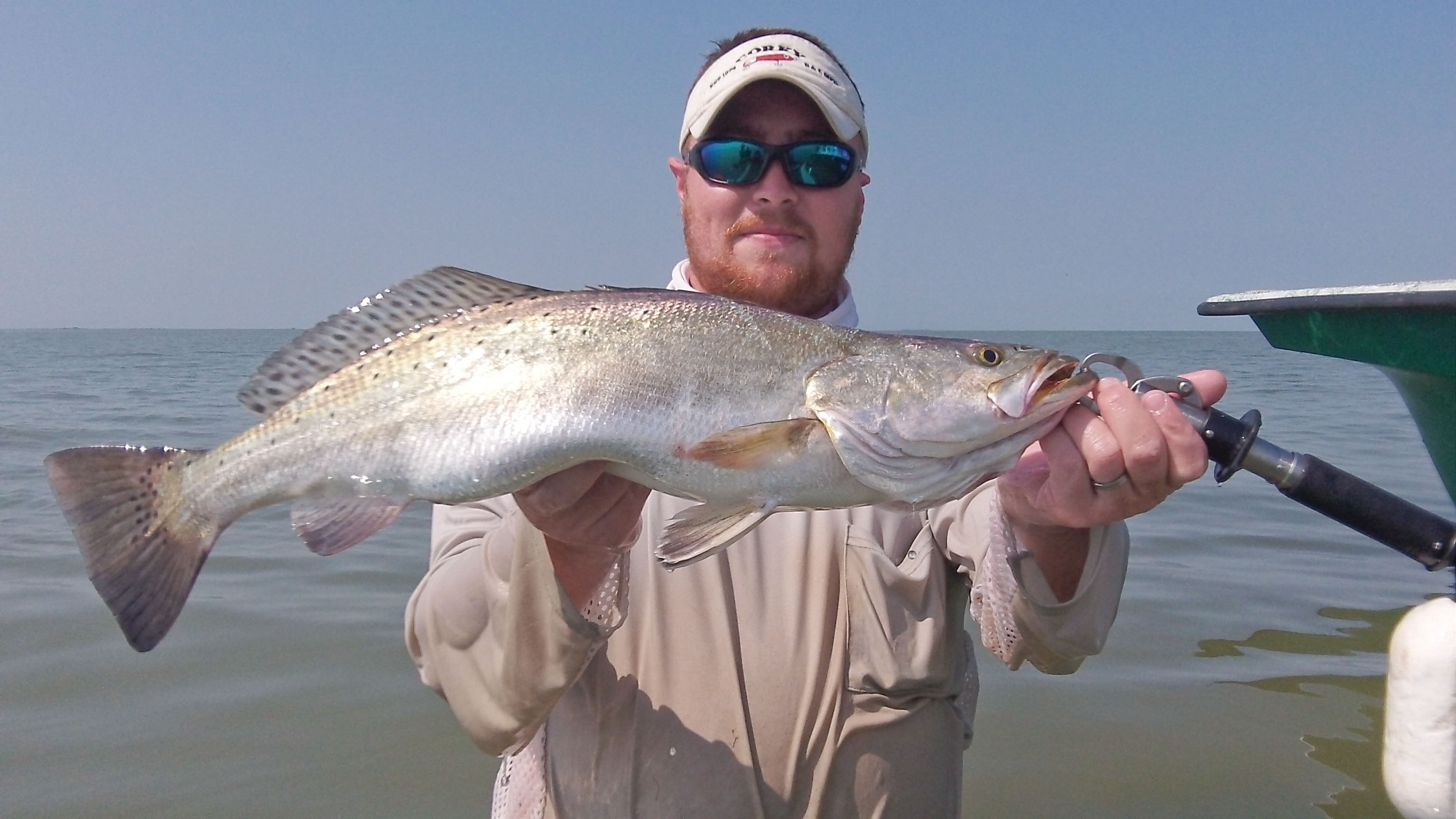 Dear Friends - It is almost ten years I have been writing here and I want to thank everybody for all their support. It has been a great run for Karen and me. She has supported me 100% in good times and bad, and I have done the same for her. Some people might say I've been lucky but, Karen and I are blessed.

I had a bad fall recently on concrete from about four feet, landing on my right shoulder. It messed things up pretty bad and I'll have surgery July 23 in San Antonio. Dr. Stephen Burkhart will perform the reconstruction and I'm looking at extended downtime. I'm not sure how long but we are praying quicker than forecasted. My physician explained that without surgery I will eventually lose all use of my shoulder.

Many of you have spoken with or emailed Karen when booking fishing trips. By the time you read this she will have completed her doctorate in special education with specialization in autism spectrum disorders. She has accepted a position with the Department of Defense at West Point just north of New York City. This is a very good opportunity for her while at the same time will give me the recuperation period I need. At some point, I'm sure I'll be hunting mule deer out west again and whitetails in the Catskill Mountains. I'll be coming back to Texas to fish and hunt for sure, God willing.

This is my story… When we moved to Matagorda in the early 1990s, we came with very little. I met Capt. Mike Williams of Tarpon Express and we spent time together. My brain was like a sponge and I soaked up everything. Mike told me what to do in order to become a successful fishing guide. Everything he shared was true to the letter. He is a great friend to this day and always will be. Thanks Mike and God bless you.

My brother Dickie found me an 18' jon boat from the Madisonville Fire Department with a 60 hp motor. A friend loaned me the money to buy it. This is the boat I used to begin my guide business. Every guide in Matagorda at that time made fun of me and had little good to say about my humble beginnings with the exception of Melvin Talasek. Melvin passed away recently and I miss him but will always carry him in my heart.

Melvin and I worked together running trips out of C&R Marina and we caught a lot of fish, big fish. I learned a lot from Pops, Melvin's nickname. He never met a stranger.

Pops told me more than once not to let those "idiots" get to me. He would say, "Boy, remember this, boats don't catch fish, people do. You just go on about your business and keep catching fish." Melvin had a saying, "Partner, let's go burn the bays up today." Pops was right. I went from a jon boat to a Carolina Skiff, 22' Transport, 24' Triton, 25' Explorer, and now one of the greatest boats on the market, 25' HDX Dargel Kat.

Mickey Eastman and Don Farmer started and ran the original TroutMasters Series and it was the biggest trout tournament up and down the Texas Gulf coast. There hasn't been another like it since. One thing I can say about Mickey; when he does something, he does it right. Mickey is a living legend and a great person all-around. His Outdoors Show on Houston 610 AM radio Thursday through Sunday is the best we've ever had by far.

I'd like to offer special thanks to Robin and Teresa Shriver of Bass Assassin Lures, Mike and Melody Grigar of Johnny's Sport Shop, Don Busha of Busha Boat Works, Cleve Ford of Dargel Boats, and last but not least, Everett and Pam Johnson of Texas Saltwater Fishing Magazine, the greatest fishing information tool on the Texas coast. An additional thank you goes out to all of the readers that have read and supported this magazine.

There won't be a next time. God bless. -Capt. Bill and Karen Pustejovsky