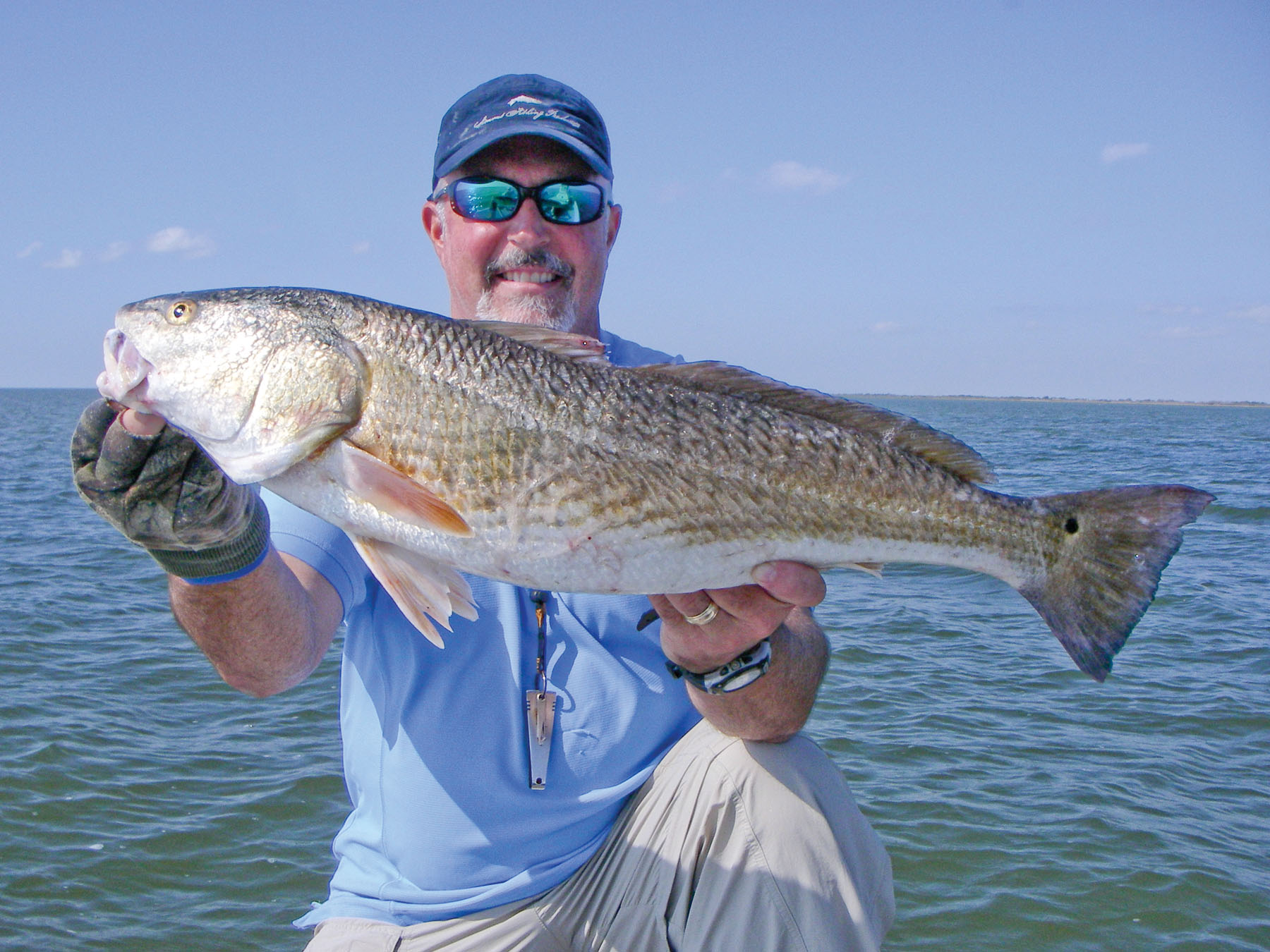 This is the time of year to reflect on all that has happened in the preceding twelve months and then to look forward at what might or, what we might hope, is coming our way. I doubt anybody will say 2011 did not leave a mark - and in more ways than one. It started off with record cold and then came non-stop west and southwest wind in early spring that blew all the way into summer. We endured scorching heat and grueling drought and then one of the longest runs of red tide in modern times. Given all it's been through you'd think our fishery would be looking pretty sorry. Amazingly, Matagorda anglers fared quite well through the whole ordeal with decent trout catches and probably average numbers of trophy fish were caught and released. We're hoping 2012 will be better even though 2011 wasn't too shabby given the extreme weather variables we had to put up with.

January is normally pretty chilly and the trout will be slowed down; that means I'll be throwing lots of Corkys. The Bass Assassins and MirrOlures will remain part of my arsenal but I'll start most of my days with the good old Paul Brown Original Fat Boy. My standard wintertime pattern is wading and drifting in East Matagorda Bay while keying in on slicks and a few jumping mullet when we are lucky enough to find such signs. Remember to fish slow - especially on colder days and always during the morning hours.

We will likely head to the Colorado River on days when gusting northers make bay fishing impractical. The Diversion Channel is another good windy day spot, especially after a cold front. Usually, the colder it gets, the better the river fishing. The salinity in the river is way higher than normal this year given the drought and there are lots of trout and redfish as far up as the FM 521 bridge and beyond. As much as I would hate to lose this excellent river fishing option I am still praying to get a flood of rain and a big rise in the river to balance the bay salinity. We need this desperately!

Frequently when we get a big blow from the north, redfish are a good bet over in West Matagorda Bay, especially on the low tides the day or two after the front goes through. These redfish will bunch up in different places on the south shorelines. When you find them, you'll definitely get a line stretched in short order.

January can be a very good month for fishing depending on the conditions. If our water temperatures become colder than usual, you may want to try your wading or drifting trips starting out around noontime so that the surface water temperatures have an opportunity to warm up which should entice fish to feed.

Don't forget about maintenance and try to use your down days to spruce up your equipment-replace hooks on topwaters and Corkys. Get your reels cleaned and possibly some boat and trailer servicing. I'm sure many of you will still need to slide in some deer hunting as the whitetail rut in most of deep South Texas doesn't get going until around Christmas and then continues through much of January. We also have waterfowl seasons open all month and the late South Zone dove season opens on December 23 and runs through January 23 and these will likely keep some fishermen busy in the fields and off the water.

So, yes there is a lot to do in January. As for me, I'll be fishing for some big girls in East Matagorda Bay. Hope to see everyone at the 56th Annual Houston International Boat, Sport, and Travel Show-January 6-15, 2012. Charlie Paradoski, Bink Grimes, Mark Talasek, Tommy Alexander, and I will be working the Bass Assassins and Matagorda Sunrise Lodge booths. Hope to see you there.