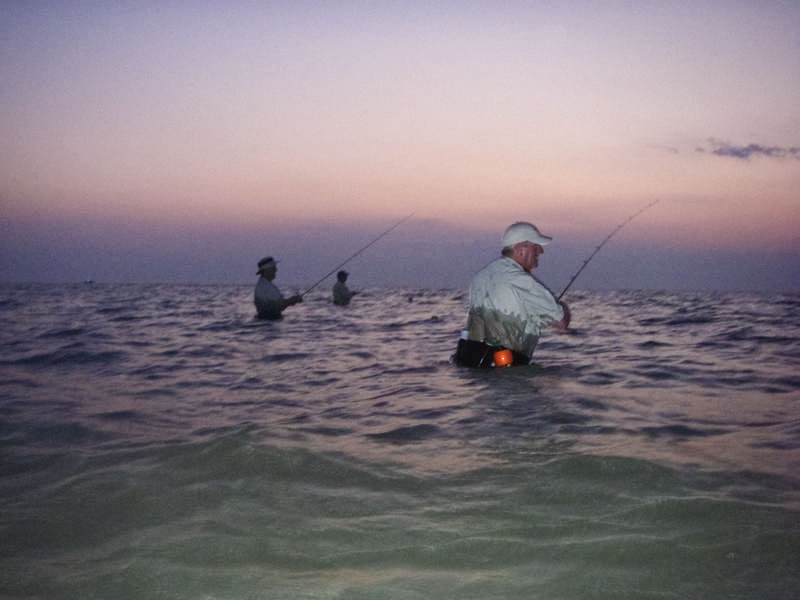 It's almost July and the hot, steamy dog days of summer will have set in before we know it. The fishing patterns we have been on will change significantly due to increased air and water temperatures. Typically, when facing stifling heat that will shut down the bite and sap the strength of fishermen; I aim to get on the water as early in the day as possible. You may think I'm kidding but leaving the dock between 2:00-3:00 AM and fishing until around noon can quite often be the best fishing plan. The photos I have included here will attest to my belief in getting an early start. The rationale behind these practices reflects feeding patterns occurring during the coolest portion of the day, generally during predawn and the first hour or so of daylight.

If you decide to adopt this game plan, most of your fish can be found shallow, browsing along and feeding near the shoreline. You will need some type of light on your head at this time of the morning as visibility may be sparse; although, not a concern for your prey. It will be helpful to have a light while retrieving your topwater from the mouth of a trout as well to signal your wading partners and alert oncoming boats to your presence.

Wading in the dark requires good ears to discover feeding activity and hear blow-ups while casting in the direction of those trout slurps. My plan entails wading a good shoreline with obvious bait that I locate by sweeping the area with a strong Q-Beam that will spook finger mullet to jump. Once a good concentration of baitfish have been located and go into their jumping frenzy, I'll stop the boat and begin my wade. I'll usually wade the shorelines until about 5:00-5:30 AM and then head out to one of the deeper reefs in East Matagorda Bay and stay there until near noon. The deeper reefs will pay off after the sun starts up as those fish previously on the shoreline move off into deeper water and congregate on the structure of the reef. This is a very good method to use for fishing East Bay in the summer.

Tricks of the trade will continue to focus on Saltwater Assassins, Mirrolure She Dogs, and Corkies. The new Bass Assassin they have named "Hot Chicken" has been working very well through May and early June. From what I've seen so far, I predict this bait will bring us at least as many strikes as my favorite "Roach" and "10W40" Assassin colors and will round out my top three choices for summertime trout fishing in East and West Matagorda Bays, as well as the surf whenever the day's conditions allow us to get out there.

Which of the Matagorda bays to focus upon will be determined by traffic and when East Bay seems too full I'll head over to West Bay to try my luck. There I'll start out wading grass beds near shorelines early and then venture out to the many well platforms which can also be very productive this time of year. Maybe I'll even tackle some tripletail for a change. Oyster Lake and Shell Island should produce some good reds and maybe a few trout.

I never want to leave out the surf when giving a summertime fishing report and forecast. Unpredictable as it may be, I've had many excellent summertime trips out there when the wind and water clarity cooperate. Catching surf trout nearly all the day long can be close to paradise. The surf is an animal all to itself. Unlike the bays where water temperatures can soar and turn the gamefish sluggish, the Gulf water is always cool and the heat doesn't affect fish activity. Top waters are an excellent choice when fishing the surf. Memory serves me well of hot summer days in the surf catching 2-3 lb trout at 2:00 PM nothing in the bay really compares with it. Hopefully we'll all get a chance to relive those adventures.

Until next time... Good fishin and God Bless... Capt. Bill