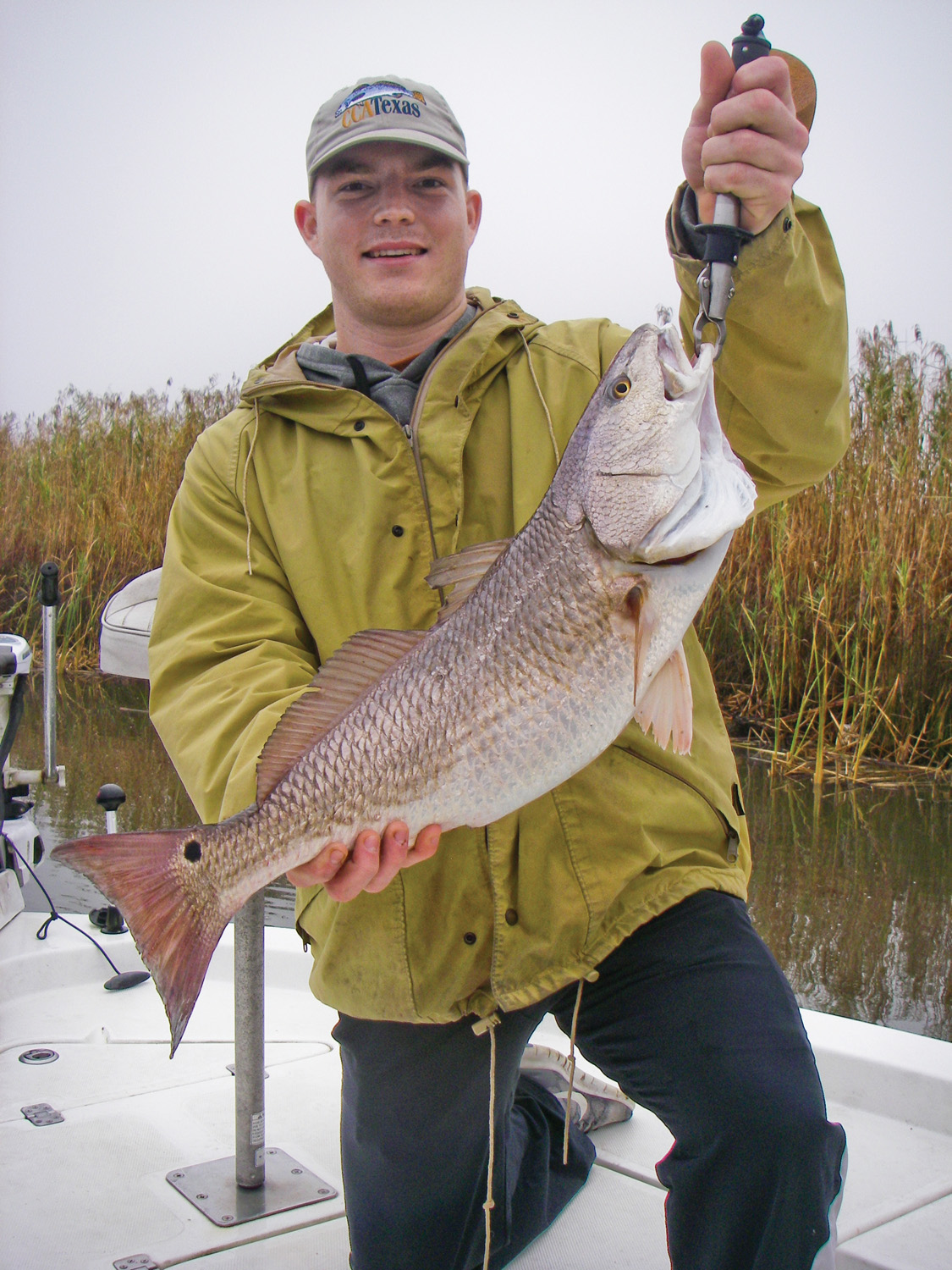 The Sabine marsh offers a solid Plan-B for healthy redfish.

It is 11:00 o’clock in the morning, the mercury is stuck at 28⁰, the wind is howling out of the northwest at 18-mph, and my dog has refused to go out and pee for the past twelve hours. Each year I become ever more aware of the fact that age truly is an irreversible impediment when it comes to dealing with inclement weather, but this is cold by any standard.

After three consecutive years of virtually no winter at all, we are freezing our butts off and it couldn’t have come a worse time here on Sabine. It took 351 days for things to get back even better than normal and now we can’t take advantage of what has been an awesome bite over the past two weeks.

Virtually every pattern in water from two- to eighteen-feet deep has been working and the pressure remains light, thanks to football playoffs and hunting seasons. That will change very quickly once it warms up a little and word of the much-improved bite gets out.

I had begrudgingly all but sworn off wading, but I have been in my waders several times of late and there is still something very magical about stalking trout on their terms. There was a time when we climbed in the water to slow down our approach and more effectively target the largest female trout of winter. That, however, has not been the case thus far.

While it is the patient stalk and highly-anticipated strike that makes it addictive for me, we have caught just as many nice trout drifting as we have wading. “Nice” is a relative term as we are still not finding many trout in the seven-pound-plus category. We are, however, catching more fish in the four- to six-pound class and that is an appreciable upgrade no longer taken for granted.

I also believe that due to the difference in the angle when fishing off the deck of a boat as opposed to standing waist-deep in the water, a Corky or any suspending type lure is easier to keep at the same depth when wading. You are also more negatively affected by wind speed and boat movement throughout the retrieve when drifting. Big trout prefer a longer look at their next meal and a short chase.

The flats on both sides of the ICW on the north end of the lake have been lights-out for trout and redfish. The fish aren’t straying far from the security of the Intracoastal, but they are spending a lot of time in 3- to 5-feet of water each day. Incoming tides and afternoon hours have been especially good. Those in the know are also quick to take advantage of wakes pushed across the shallow flats by tanker traffic.

I don’t know that there is ever a time when at least a few trout won’t assault a topwater lure and the size of the lure generally has more to with it than the color. I don’t know how many times I have had trout half-heartedly roll up on a larger Spook, only to inhale a smaller She Dog or Spook Jr.

Having said that, I am still spending the majority of my time with a Fat Boy, Soft-Dine XL, or Catch V tied on the end of my line when fishing less than six feet of water. Pink, glow-chartreuse and black/gold/orange have been very reliable colors.

I am a firm believer in the advantages of fishing braided line, but five days of having visitors from the Lower Coast wear me out with mono when fishing Corkys has shaken my confidence. They contend that the forgiving stretch of mono is more important than the quicker detection of the strike when fishing Corkys. Not unlike when fishing a topwater, the fish have a split second longer to inhale the lure throughout the hookset!

I am, however, still fishing tails on braid as I find that quicker alert to a subtle strike to be a huge advantage. And, we are also fishing a lot of tails right now. One reason is the deeper bite rebounding and the other is the effectiveness of swimming a 5-inch Bass Assassin Die Dapper on a 1/16-ounce head when the fish grow finicky toward Corkys. We have also done exceptionally well bouncing a Lil’ John off the bottom in deeper water.

Warmer days are on the way. How many youngsters will you take fishing in 2018?