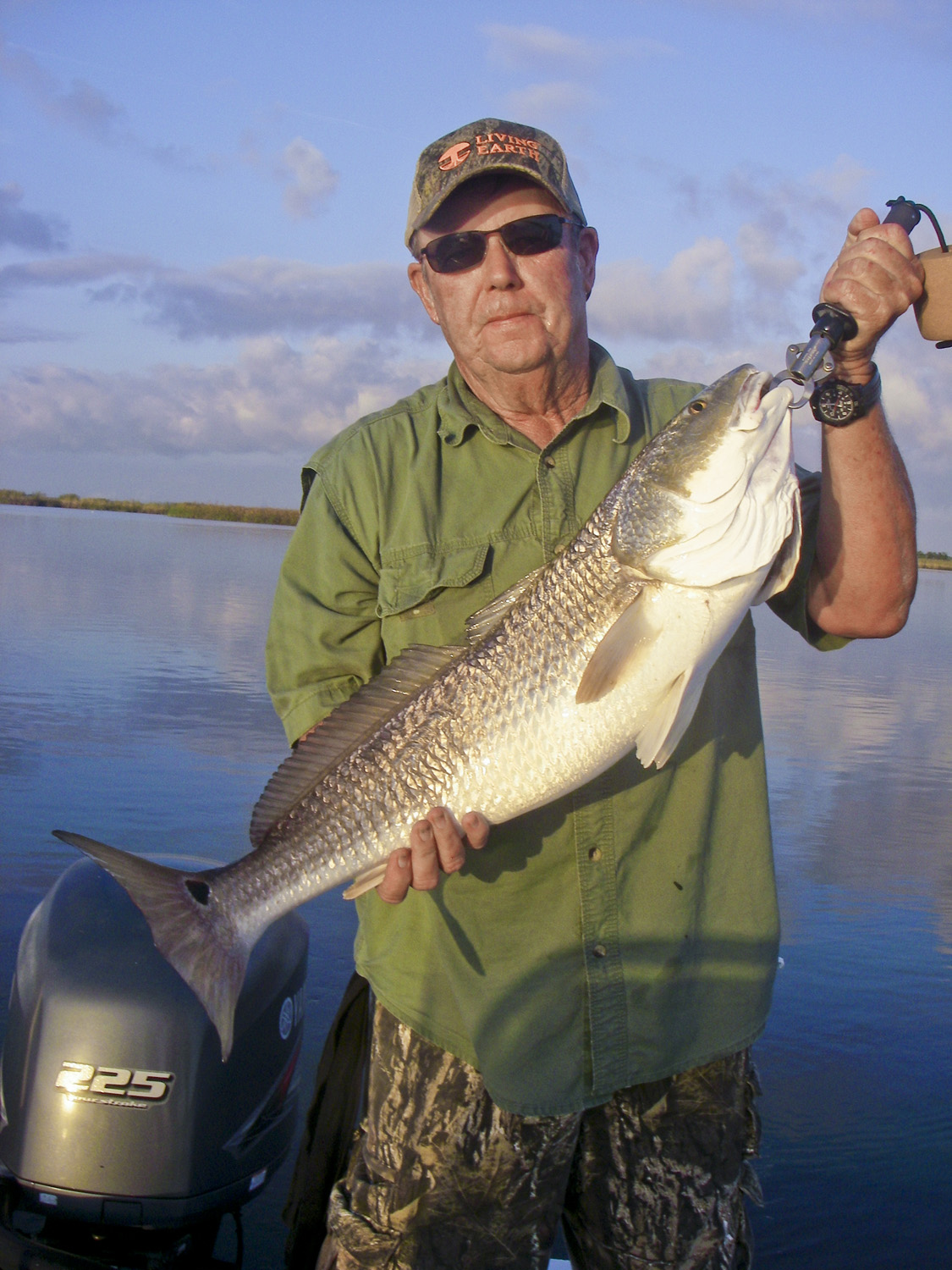 Since the beginning of November, we couldn’t have ordered more user-friendly weather for both fishing and hauling soggy sheetrock to the curb. The run of dry weather and lower temperatures have combined to revive the “catching” on Sabine lake much quicker than expected.

In fact, I have seen the water clarity this good possibly one other time over the past twenty years. I had forgotten how much tougher it is to sneak up on fish in gin-clear water. That is not a problem we are used to on Sabine Lake!

Lighter winds thus far have also enabled us to fish where we want to rather than where we have to, and virtually every pattern is in play. Water movement will always be the ultimate key, but the ability to run to the south end of the lake if things are going poorly on the north end grants us far more options.

Magnum trout have been little more than a fond memory for most of us, but the average size of the trout both under the gulls and roaming the shallow flats has really improved. Schooling reds can temporarily shut every other bite down in a small area, but they have also been co-existing with solid trout when feeding on the surface under the gulls.

I am very serious when I say that there is no one program significantly better than another as of this writing. It is truly dealer’s choice and the blessing in that uncommon phenomenon is that it tends to keep anglers off the top of one another. Even the folks dedicated to chasing birds are now steering wide of occupied flocks to locate and exploit a group of their own.

Basically, the only choice you are forced to make each morning depends on your favorite way to catch trout. If your goal is a fish fry and catching as many fish as you can in a short period of time…join the bird chasers. It eliminates time spent hunting fish that you cannot see and you only need the discipline to move to the next flock when your first few fish are undersized.

I prefer to fish an 1/8-ounce head so that my plastic will sink slower, but a 1/4-ounce head is obviously easier to cast further and will catch fish faster when they are on a feeding binge. When we are hunting fish with the cork I will add a VuDu shrimp to the starting list, but I am also partial to both the 4-inch paddletail Assassin Sea Shad and MirrOlure’s Lil John when the fish are just going nuts.

I still have no idea why the fish will hit a plastic that looks more like a suppository than anything alive, but they do – and the Lil John is tough as nails. On the other hand, someone that has never fished a day in their life can hold a Sea Shad in their hand and understand why a fish would eat it. The texture and a kazillion colors that cover all the bases keep it at the head of the pack.

I can’t tell that the longer five-inch plastics consistently dupe the larger trout in a school, but they do drastically minimize the sand trout activity. The five-inch Assassin is also the go-to lure for me when hunting fish or when the schooling activity suddenly ceases.

The slower fall with a 1/16-ounce head and the larger profile also render it very competitive when the Corky and other suspending mullet type baits are at their best. When a rabid bite under the birds slows down or I am simply hunting fish, the 5-inch tail fished under a cork can be lethal.

I have always added a small rubber-core sinker to the wire shaft of any cork that doesn’t already have one so that casting distance is not dependent on the weight of the lure alone. That minor change enables me to rig the 5-inch Assassin on nothing more than a 4/0 worm hook. The slower descent can attract strikes from finicky fish when nothing else will!

By the time you read this, the Corky, Catch 5 and larger topwaters like the Super Spook will be doing their thing on the largest trout available. I am in charge of the kids tomorrow while their moms shop, and that means three girls between the ages of nine and twelve are going fishing for the first time. No cell phones allowed…I can’t wait!