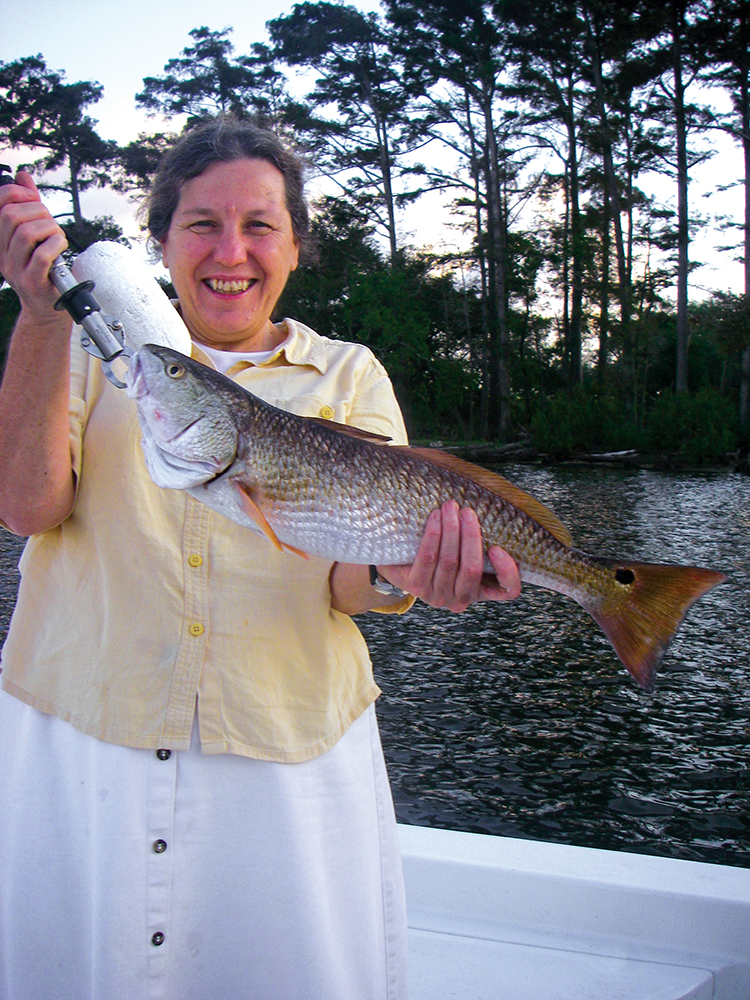 We have received very little rain over the past month, but any at all only adds to the problem for Sabine Lake anglers. Aside from running both generators 24/7 on Toledo Bend, the Sabine River Authority has also been forced to open a varying number of gates depending on the strength of each new storm plowing across central Texas over the past seventeen consecutive days.

Even Rayburn is still six and a half feet above pool level and all that fresh water eventually flushes into Sabine Lake as well. Exceptionally strong and persistent winds that usually lie down in June have let up very little and tend to hold up the outgoing tides while stacking water in the surrounding marshes.

There is no longer much debating as to why the trout bite is so poor. For the most part, they just aren’t there to be caught. It has been so difficult catching Texas-legal trout that I gave up on hunting them and have turned to a solid redfish bite in order to consistently catch fish. Hopefully, the trout will eventually find me!

The S.A.L.T. Club annual Memorial tournament is the longest running tournament on Sabine Lake and annually draws a large field of very competent anglers. In spite of the fact that there are a number of species and categories that pay off, 169 anglers brought a total of only 16 fish to the scales in two days.

The redfish division was predictably competitive, but only two flounder were weighed in and the three winning trout were caught in Calcasieu and Galveston!

Regardless of water clarity or lack thereof, if the wind allows it is still relatively easy to catch redfish in the main lake. Easily, the most exciting program is to find them feeding on the surface in sizeable schools. They are blowing holes in the water and shad into the air; hooking up requires little more than reaching them with virtually any lure. Because so many of them are measuring oversize, there is little need to worry about keeping up with the school.

I highly recommend offering them a lure with a single hook and using braided line. They could care less if you attach a short length of leader anyway, and the faster you can win the tug of war the better their chances of surviving upon release.

For the most part, these fish are doing their thing well off the shoreline and you will invariably catch more fish by staying put rather than chasing them. If you just can't resist attempting to run them down, look for terns or a gull or two to get you in a promising area. Too many boats and too many wakes will quickly put an end to this program.

The bite on the shoreline is much more akin to bass fishing. Topwaters, gold spoons and Gulp rigged on a light jig head are all good choices when hunting these fish. If you are especially lucky, you will find small schools of slot fish hunting in groups tight to the shoreline.

As a rule we will start working either side of a drain when there is no visible activity. Never pass up a group of nervous egrets wading the shoreline as they are waiting for the reds to blow their next meal up in the grass. The same can be said for red-winged blackbirds perched just above the water’s edge.

Undoubtedly, no one is dealing with the water stacked up in the marshes better than Capt. Chuck Uzzle. He was chasing redfish in the backwater ponds in his aluminum boat long before it became popular. His only complaint thus far is that the water is high enough for bass boats to access the cuts and the additional noisy traffic scatters the fish.

“We are catching our share of bass as well,” says Uzzle. “But they are not the reason for manning the push pole. There have been very few days lately when I can’t tie on a small topwater or plastic frog and stay in quality reds all morning long.”

We have found a lizard rigged weedless on a 4/0 worm hook to be a good choice as well. If I were looking to hire a guide on Sabine right now it would be Capt. Chuck. I cannot imagine any trip that would be more enjoyable for a youngster, even if they never caught the first fish.

The “looking” is darn near as much fun as the “catching”!