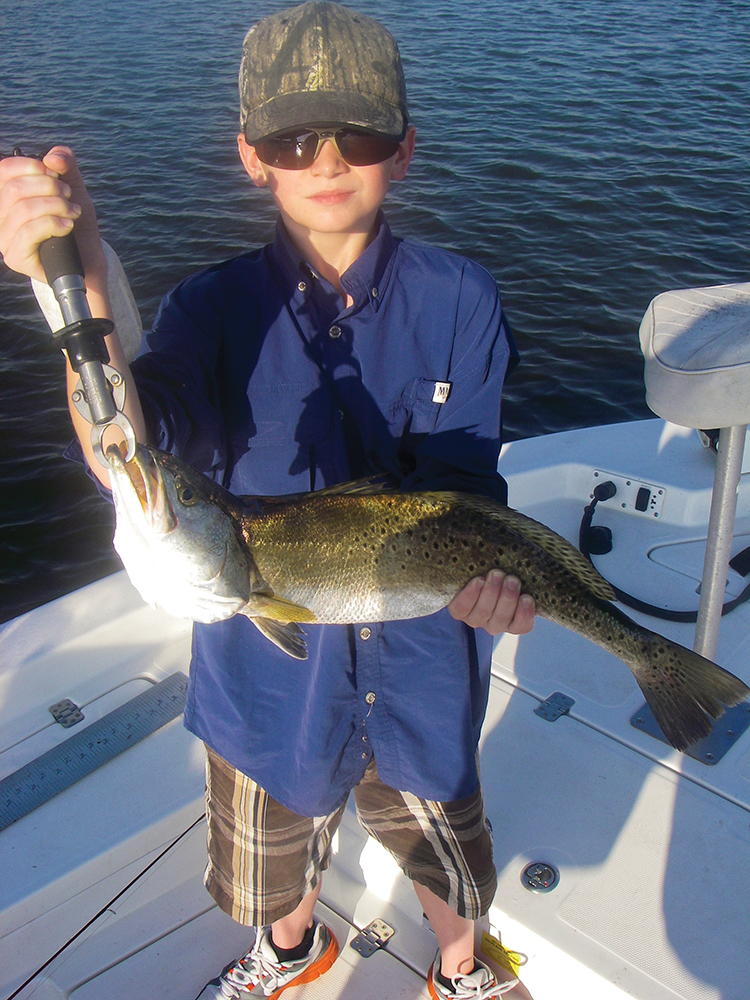 Home schooling has its advantages!

Not unlike most folks, I continue praying that we are truly turning the corner on this pandemic, but I question any promising messaging thus far. We are being force fed so many misleading opinions that it is hard to ascertain the truth, but 60,000 plus deaths in little over a month is scary.

Due to quarantining and social distancing, it seems the only time I am not consumed with blame or apprehension is when I am fishing. I am also not a touchy person, but when greeting friends I prefer a firm handshake rather than a nod or wink over the top of a mask!

I was hooked on fishing for life the first time I watched a red and white bobber twitch before plunging beneath the surface and I don’t regret it. My passion has never waned, but I have changed my goal several times over the years regarding the benefits I choose to derive from the sport.

Throughout the early years, the idea that anyone would pay me to take them fishing was reason enough to fish forever. By the time I switched from fresh to salt water guiding, I was obsessed with the prospect of catching double-digit trout much more than numbers. It wasn’t until this virus forced me to fish alone again, however, that I realized what I enjoyed the most about guiding over the last fifteen years.

I enjoy the teaching aspect and sharing quality time with other fishermen far more than the catching and this virus has robbed me of that. I am still able to fish every day, but I will never catch a fish that rivals the satisfaction of knowing that I made that feat a reality for someone else. Especially kids!

I most miss the annual visits with old friends that I have fished with for years and pray that in the near future we will once again rekindle those friendships.

If you, too, are still fishing alone or with a buddy that you hope to be corona virus free, the bite on Sabine Lake now merits a look. Toledo Bend and Rayburn have been forced to occasionally discharge more water than we need due to the storms, but aside from a little too much wind, the water clarity and catching has been consistently good.

We still aren’t catching bragging size trout, but I saw more four to six pound fish this past month than I have seen in the past three years. The best news of all is that we are catching keeper-size trout via several different patterns.

There hasn’t been a lot of gull activity, but that is the only pattern that isn’t currently going strong. Every time I have found a few gulls and terns working they were over either small trout or redfish.

Probably the most consistent bite of all is taking place in the ship channel from the Causeway to the jetties, but I seldom if ever personally sample that bite. I currently have no reason to abandon the Louisiana shoreline from Three Bayous to Blue Buck. That’s a lot of real estate, but the same patterns and lures are working along that entire stretch of the lake.

The wind has changed my approach on occasion, but we are still catching trout between the whitecaps. Smaller topwaters like the She Dog and Skitter Walk have worked well when the fish are into taking something off the surface and white or bone have definitely been our top colors. My best bite has been in three to five feet of water.

If you don’t care to drift a tail under a cork, try drifting that same tail rigged on a quarter-ounce head over scattered patches of shell adjacent to deeper water. Color choice and adding a scent make a difference; chicken on a chain, plum-chartreuse, and opening night usually get my first nod. If the water is really dirty try red shad or morning glory.

When the lake is calm enough, I am giving the shoreline the first shot. It is not unusual to find small groups of reds hustling rafts of shad and finger mullet and the strikes alone are worth the effort. I usually chase these fish with a four-inch Usual Suspect or Frog, but Capt. Chuck recently talked me into trying a Trout Support Grass Walker and I haven’t fished anything else of late.

No valid excuse for not fishing with the kids right now!