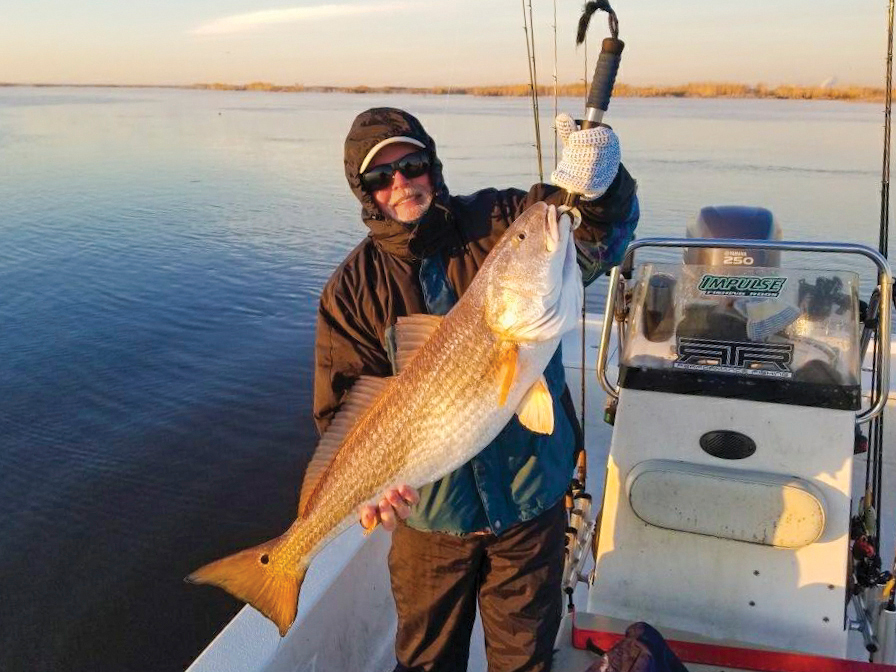 “We haven’t caught the four flounder we came for,” said Delvin Garret, “but there was a time when we would have considered this to be a helluva fishing trip.”

We were two links of cold boudin, a stale pack of crackers and easily forty trout into a very entertaining trip when he recently offered that assessment. Having given up on any hope of baked flounder for supper, we were relegated to drifting the Louisiana shoreline and catching and releasing trout darn near every cast.

I was doubtful that I would ever be able to say this again, but the smaller trout have rebounded even faster than expected. Del’s comparison to a trip years ago was painfully accurate in that we caught incredible numbers, but very few big trout back then.

With the exception of a small contingent of anglers that scoured the oyster shell north of the Causeway for bragging size trout, the lion’s share of local anglers were more than happy to drag a plastic tail anywhere else in the lake and catch 12 to 16 inch trout non-stop.

The big sow trout that have been taken for granted for so long are now incredibly scarce, but nonetheless, our bite has drastically improved. We have been forced to change both our approach and techniques to consistently exploit this bite, but the catching part is still a lot of fun.

The biggest change for me has been the fact that we have waded very little this year. Quietly dissecting a small area is too restricting when the trout smacking topwaters and Corkys are no larger than the fish we can catch drifting.

The key to catching these trout has been more about technique and covering a lot of water than knowledge of structure. There was a time when it involved little more than drifting a tail rigged on a quarter ounce head across any scattered shell.

There was oyster and clam shell all over the lake that is now buried in mud thanks to the last two hurricanes. That technique will still work when you can locate an isolated patch of shell, but we are currently doing much better drifting and simply casting a 4-inch Sea Shad or Lil’ John under a cork or swimming a 5-inch Assassin or Down South tail on a lighter jig head.

Surface activity is helpful, but not necessary when fishing this program. A Power Pole or Talon, however, is the real difference maker. There was no such thing back in the day and I now realize how many concentrations of hungry fish we unknowingly drifted over!

We have also gone back to launching lengthy casts with minnow type jerk baits and keeping them just below the surface the entire retrieve. Virtually every hit occurs as the lure is floating back to the surface. My two most productive jerk baits have been a Long A or Thunderstick in chrome/ blue back or fire tiger.

We also seem to miss far fewer fish using a softer rod action and mono or fluorocarbon rather than braid. I personally favor a seven- foot medium light Laguna rod and 12 pound mono with a couple of feet of twenty pound leader. Attaching the lure via a loop knot maximizes the lure’s darting action.

Our redfish are equally crazy about the jerk bait and they will often completely inhale it on the strike. For that reason alone, I clip off the one barb opposite the other two on my treble hooks without noticing a decrease in the number of solid hook-ups.

It isn’t unusual to find redfish mixing with the trout when drifting flats in 4 to 6 feet of water, but they will start homesteading the marsh drains by the time you read this and that program can produce quick limits.

I prefer to fish a three-inch Usual Suspect Swimbait or Gulp curly tail when fishing the drains as a flounder is the fish I most hope finds my bait first. That has not been the case over the past couple of months as our flounder bite has been as inconsistent as I can remember.

That is not to say that a few anglers have not occasionally done well, but most of the dedicated flounder fishermen I talk with have voiced the same complaint. The saving grace has been the size.

Looking for a new friend for life? Give a youngster a rod and reel or sack full of lures and it’s a done deal!