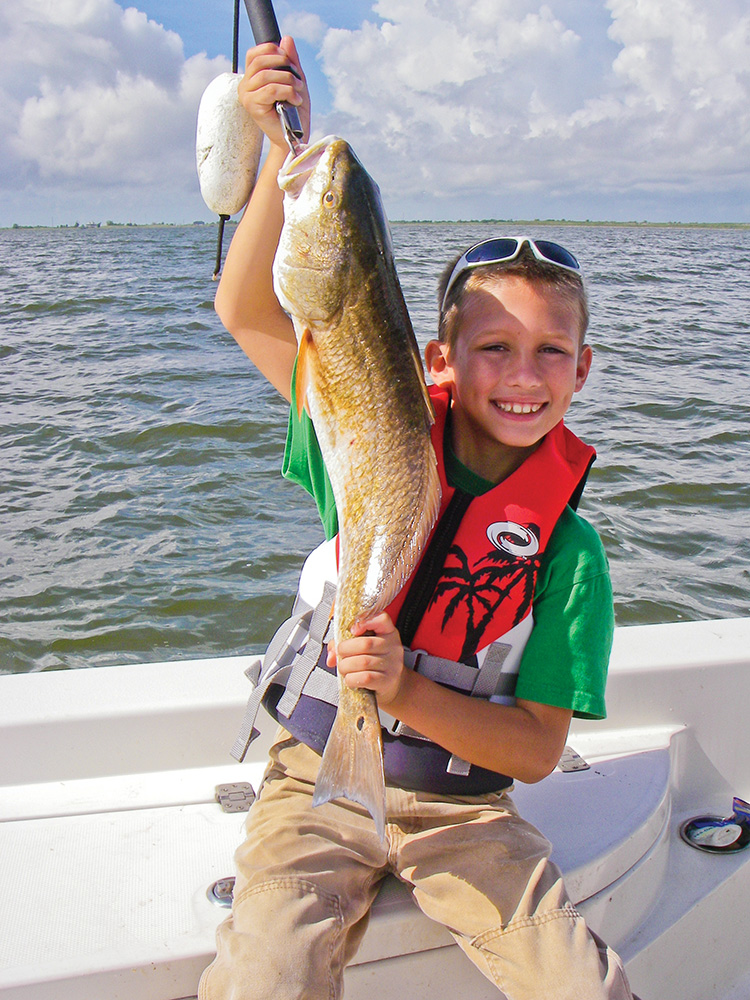 One more time before school starts!

It was a heads-up from the wife that I had never before received. “You haven’t sent your column to Everett yet and the computer is going to be down for a few days.”

The reason it hadn’t been sent was not the result of another senior moment. I was going to fish one more day in hopes of filing a little brighter forecast concerning the trout bite. The wind switched to the north the night before and slightly cooler surface temps just might get things going. It didn’t happen!

I have desperately clung to the “everything is running late” theory for the past six months, but reality is starting to sink in. Things have changed and we can either call in the dogs or keep grinding. I opt to keep grinding, but a world of Sabine Lake fishermen have obviously chosen to do otherwise and gathering helpful input is difficult.

I learned long ago that successful guide businesses are not built on your gift of gab or your wife’s pimento cheese sandwiches. Those factors help, but repeat clients pay you for expertise and confidence. They may say something different out of kindness, but let’s be real.

Would you prefer to fish with a guide that had a charisma bypass early on in life, but consistently puts you on numbers of quality fish or a super nice guy that can’t find a live fish in an aquarium? Very few folks are willing to pay for eight hours of frustration on their day off.

Our biggest concern lies in the fact that Sabine Lake trout do not just up and leave the estuary throughout the change of seasons. They will move a short distance in search of better salinity or more food, but they do not leave. There is no doubt that our largest trout have taken a hit a time or two, but the smaller fish have always been nearby and the bite quickly rebounds.

The fishing pressure, as expected, is incredibly light, but when we do find an area holding a few keeper trout the news draws a crowd in a hurry. When the most favorable tides were taking place before dawn, we were leaving the dock at 4:00 a.m. and catching a few solid trout shallow before most folks hit the snooze alarm the first time.

Smaller topwaters like the Chug Bug and Spook Jr were the ticket along with a five-inch rattail Assassin rigged on a 1/16-ounce head. I can’t recall ever fishing the Bone Diamond color as much as I have this year, but it has been hot for redfish as well.

A stiff southwest wind most days has not been a friend as frantic shad and ladyfish are difficult to spot between the whitecaps. Hopefully, it is the beginning of a more promising bite, but we have recently gone “old school” and caught a few keeper size trout simply drifting tails under a cork in three to five feet of water.

A four inch Lil John in plum-chartreuse and a four inch Sea Shad in Chicken on a Chain or Watermelon will keep you busy setting the hook. So far this bite has been a mixed bag with everything from ladyfish to redfish running down the tails, but it beats a morning of casting practice.

A Vudu shrimp used in the same application will undoubtedly get you more bites but beware of the gafftops. We have been able to bury the Talon and switch to a topwater when we catch a trout and catch one or two more before moving on.

The redfish bite has progressed from really good to insane of late. If you can stand the oppressive heat the schooling action is excellent in the middle of the day but melting down is not a prerequisite for limiting on slot reds.

We are consistently catching them running the protected shorelines with everything from tails to spinnerbaits. They will also crush a topwater and swim over dry land to ambush a Gulp tail rigged on a quarter ounce jig head.

I haven’t guided enough days this summer to pay the gas bill, but I have managed to fish with every kid in the neighborhood at least one time. They couldn’t care less about quality as long as something is pulling on the end of their line. A slot red makes their day, but they don’t mind having to wipe gafftop slime off the side of the boat either!