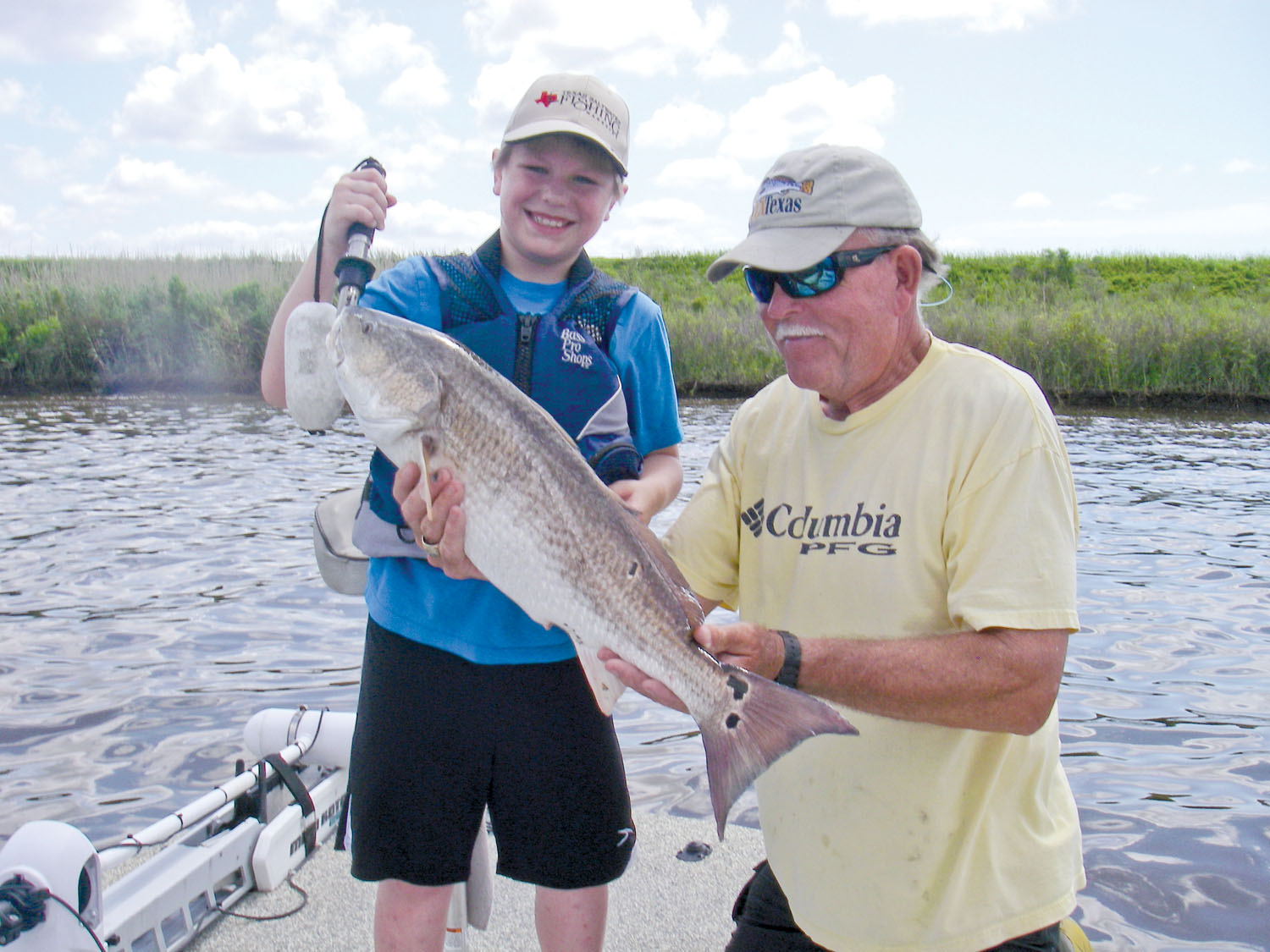 The catching on Sabine Lake still hasn't improved to the point that I am in a rush to reschedule trips washed out since early spring. Not unlike the rest of the Texas coast, the heat has been a factor, but in addition to that we continue to weather fast-moving thunderstorms virtually every afternoon.

The rivers and bayous are still high and muddy but Sabine River Authority has helped our cause by releasing very little water out of Toledo Bend over the past three weeks. The north end of the lake has just been dead, but improved salinity levels will eventually jump start that bite.

It is not like you just cannot expect to catch trout right now, but to do that you are going to have to compete with the tightly-packed flotilla and most of those fish are in the 15 to 18 inch class. All of that is so foreign to the user-friendly bite that we normally experience this time of the year.

The ship channel south of the Causeway, Lighthouse Cove and the jetties are yielding the most consistent bite and, regardless of tide direction, late afternoon forays have produced the largest trout. A lot of that has to do with the fact that the fishing pressure is lighter in the evenings.

When the wind allows, the lion's share of trout over the five pound mark are coming off the jetties and the beach front. Usual Suspect swimbaits and five-inch paddletails like Assassin Die Dappers are good choices, but nothing has consistently outperformed a free-lined live shrimp. The folks fishing the ship channel are currently doing better with both live shrimp and Live Target or Vudu shrimp imitations fished under a cork or bouncing four-inch tails like the MirrOlure Lil' John off the shallow shell-covered breaks.

Easily the prettiest water in the entire lake is that stretch of real estate between Garrison's Ridge and Willow Bayou due to the prevailing southeast wind. We have enjoyed a few very decent days in the company of both keeper-size trout and redfish chasing shrimp to the surface, but it has not been an everyday thing.

Not only does that area attract most of the folks that prefer to stay in the lake, but a significant portion of that water is covered up with more crab traps than ever before. That has always been a problem around the mouths of bayous like Bridge Bayou, Willow, and Johnson, but the mine fields of floats now extend well out into the lake.

Regardless of wind direction and water clarity, virtually every trip starts with a swing across the north end of the lake to check out traditionally productive summer spots, but to no avail thus far. I hope to be there the day that bite kicks off as there is a massive amount of water that has had no fishing pressure at all in the past year. I truly believe that with just a little help from Mother Nature that bite may light off even before you read these words.

Looking for working gulls or banging the shoreline have been the most shared approaches, but we are also targeting isolated patches of shell in five to eight feet of water with success. The trout stacked up on this type of structure when salinity levels were low last year, and they are back.

To best exploit them, we are burying the Talon a long cast away and slowly crawling four-inch tails across the shell. The strikes are invariably on the light side but you can usually go through a number of small keepers before the bite ends.

Booking fewer trips is tough on the bank account, but it has afforded me an opportunity to fish with a lot of local youngsters with no expectations any grander than getting the next bite. Rather than scout alone, I extend an invitation to join me for the day and we make the most of peanut butter and jelly sandwiches and a bite that I would never even consider calling a client to fish.

Every fish is a big deal, as is learning to cast, tying knots, selecting the right lure and learning the value of catch and release. Simply exploring the ecosystem with these wide-eyed youngsters is pure adventure.

Kids make every fishing trip a good one!