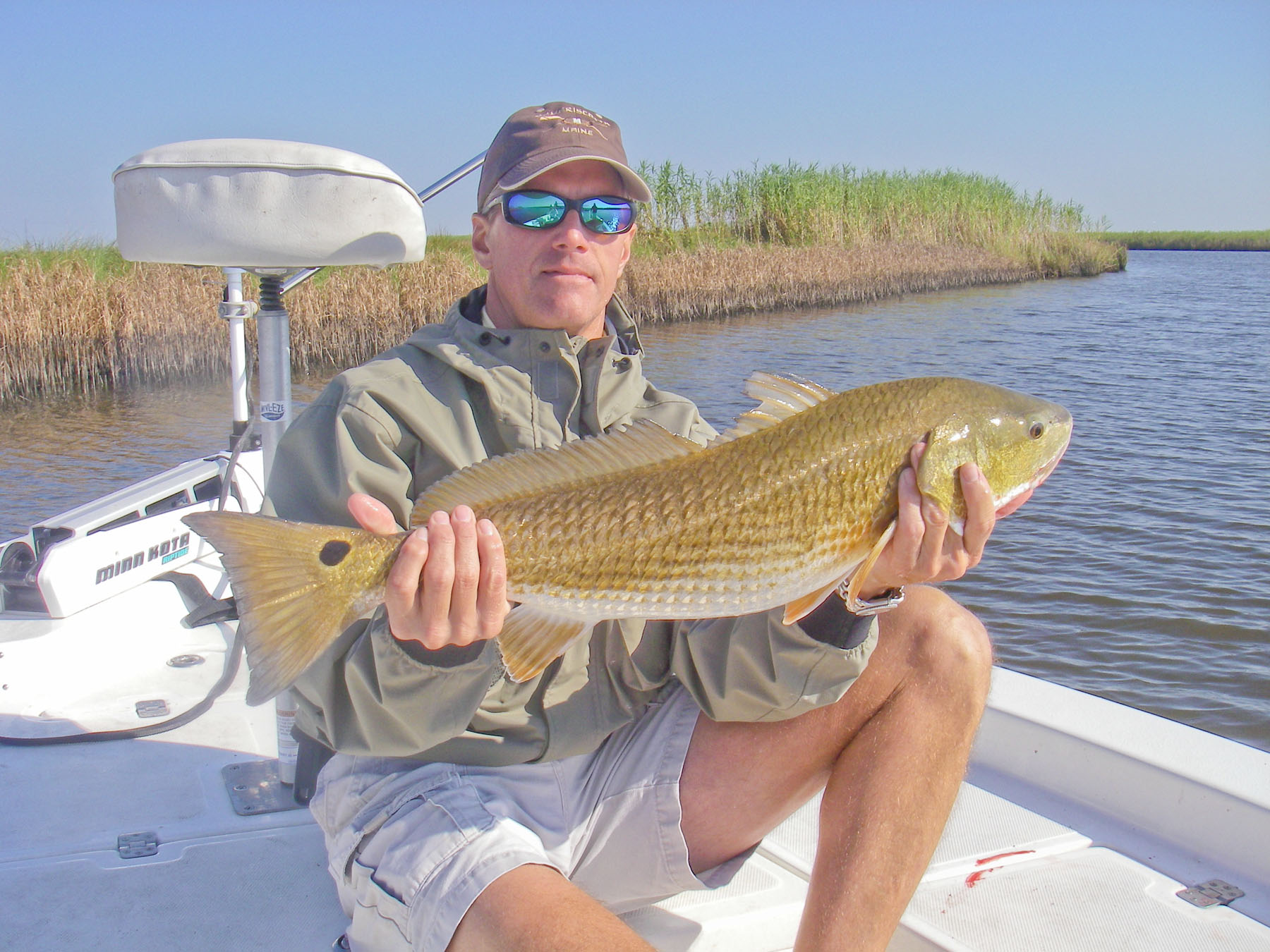 2010 is but done, yet I continue to hear local anglers say, "I don't know everything has been a little late this year." Does that mean that if nothing changes, current weather conditions will magically attain "early" status a week after Santa rolls out of town?

While runoff was not much of a problem on Sabine this past year, an extended sure 'nuff cold winter did delay traditional spring and early summer patterns. I have no idea how cold or prolonged this winter will be, but it is time to start afresh and the conditions could not be more favorable heading into December.

Due in part to the average age of my coveted clientele, (they would undoubtedly point out their guide is also Medicare eligible) I will still spend more time drift fishing than I would otherwise choose. Given a choice, however, I will be standing in thigh to chest deep water every opportunity through mid-March. While it can be equally productive at times, drift fishing a shallow flat cannot rival that moment when you suddenly realize that you are standing in the midst of the best trout Sabine has to offer.

The folks at MirrOlure are well prepared for Corky-mania this year, but the redfish may once again be a problem for our diehard trout fishermen. Seemingly every time we got a big trout bite going last winter the reds would crash the party. They are currently schooling all over the lake.

The best areas to wade on Sabine are certainly no secret. Depending wind direction, you ply the mud from East pass to Garrison's or wade a little harder bottom from Middle Pass to Pleasure Island. Aside from the fish being present, the keys to consistent catching are fishing the potentially best hours of the day and committing to small areas.

Water clarity to some degree, the warmest surface temperature, the presence of bait, and an incoming tide are also factors that improve your odds. Easily the most overlooked difference maker by the majority of anglers, however, is the solunar table. I don't want to be boat riding during a major or minor feeding period!

Well before Everett gave me the opportunity to write this column, the first thing I would do upon its arrival was remove the Tide and Solunar Table and put it in my leaning post. Did you ever bother to ask yourself why that information was printed on thicker more durable stock even back when the rest of the magazine wasn't. He knew how valuable it was and it was his gift to his readers, but you can only lead a horse to water!

While I hate the boat ride back after dark, the warmer hours of the afternoon are usually more productive on the toughest of days. It is not unusual to have the best bite of the day occur right at dusk.

The Corky (don't show up without something pink or chartreuse), Catch V, Catch 2000, and MirrOdine XL are musts in every wading box. There are also days when they will demolish a She Dog or Spook in bone-silver or black-chartreuse. It is equally unwise to not include 5-inch straight tail plastics like the Assassin Shad in Texas Roach, morning glory, red shad and a handful of 1/8 ounce jigheads in your ziplock bag.

Two years ago, while wading with two members of a party that would have rather been golfing, I stumbled up on a technique that has since saved the day more than once. Bored to death and unwilling to fish any lure with confidence, I tied them a Corky Fat Boy on 18-inches of leader under an Assassin Kwik Cork to at least keep their lure in the strike zone.

I just cannot force myself to fish the technique, but it has worked too often to ignore the fact that it has its merits. If you share my mind set, talk a buddy into trying it, but don't act shocked when his cork goes under!

There will still be plenty of schooling action under the birds this month. The trout will be a little heavier and they will have to race the redfish to your lure most days. Smaller tails like the 4-inch Sea Shad or Killer Flats Minnow fished under a Kwik Cork are hard to beat even after the birds move on. We are catching a lot of fish right now with two new colors..stinky pink and cantaloupe.

This is an exciting time of the year to fish, but the most minor mishap is magnified by cold water. Pack a change of clothes, quality rain gear and energy snacks. Let someone at home know where you will be fishing and when to expect you back.

I wish you and your family a Merry Christmas and a healthy New Year!