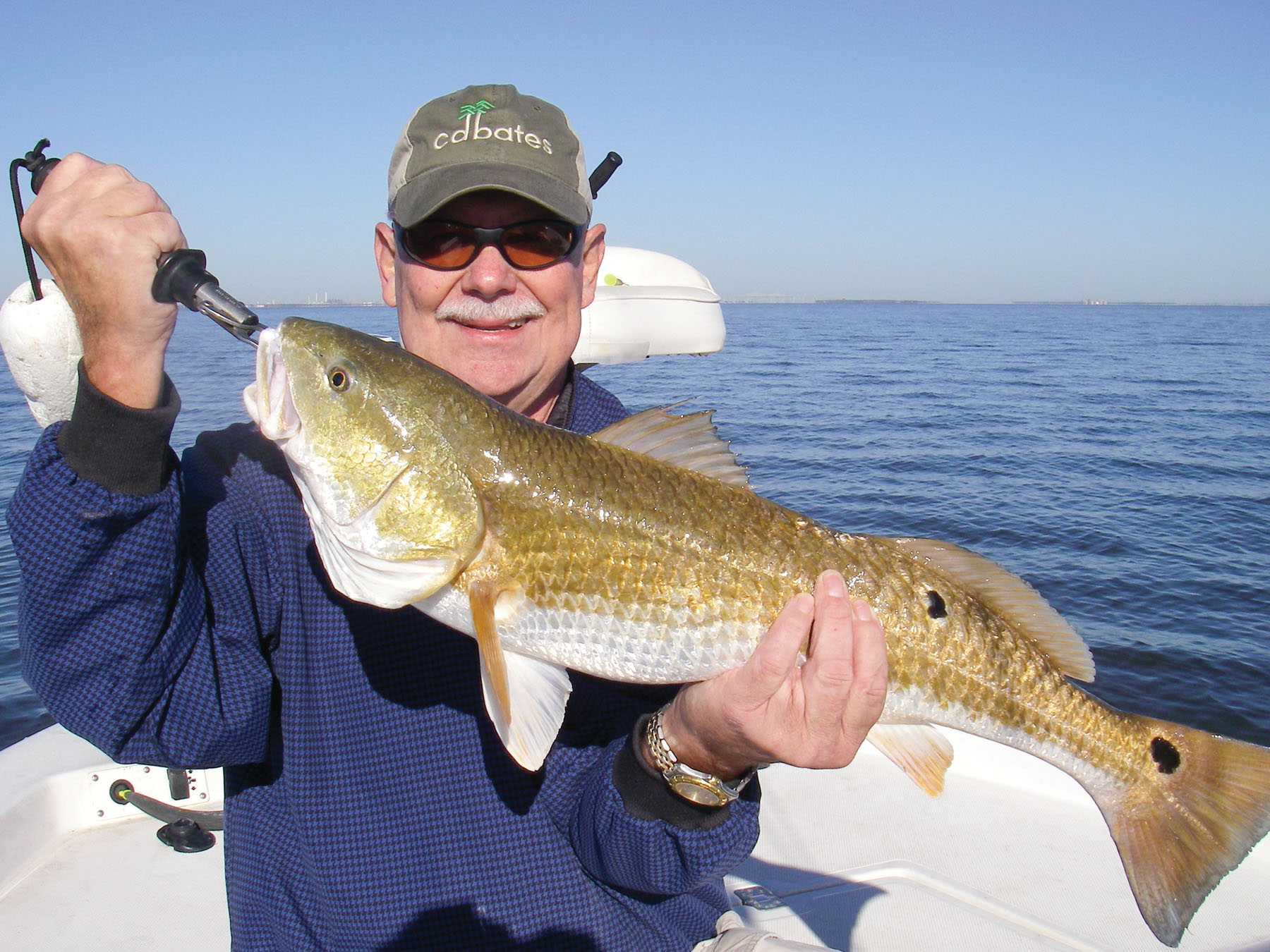 The reds are doing their thing in the open lake.
The gull activity is finally grinding to a halt and a little sanity has mercifully returned on the open lake. It is also a much quieter place thanks not only to fewer frustrated anglers racing from flock to flock, but significantly colder boat rides as well.

When flag starching winds arent a factor, the bite has been so diversified this past month that no single pattern has been over pressured. The deep water bite in the ICW and the rivers kicked off earlier than usual and the shallow flats behind the islands and along the east side of the lake are giving up some very solid trout as well.

Most of the local fishermen dedicated to hunting only big trout were concerned going into November that the massive number of redfish would once again dominate the bite on the shallow flats, but that hasnt been the case thus far. The redfish are indeed there most days, but the trout bite has held up as well on fish from 3 to 6 pounds. Couple that with what has been another excellent run on flounder and about all we can ask for is more time to fish.

If a shot at a big trout is your justification for shivering in your waders, I would start my search this month wading or drifting the flats on the east side of the lake. Because we have been unable to nail down any cant miss spots thus far, we have done better drifting and fan casting until someone sticks a good trout before poling down or starting a wade.

When the wind hasnt stirred things up, the water clarity on these marsh lined flats is even better than last year. The largest schools of finger mullet are holding up at the mouth of the drains and around submerged root balls 25 to 50 yards off the shoreline. An afternoon incoming tide is preferred and the bite usually improves right on into the early night.

When they wont eat a She Dog or Spook, we can usually get it done with a suspending bait fished on a slow retrieve. Corkys, Maniac Mullets and the bulkier Catch V are all excellent choices. When the trout are ganged up in the submerged root balls we have done better swimming both the Die Dapper and Trout Killer on a 1/16 ounce head. It has been extremely hard, however, to keep the reds off the tails!

The flats on the north end of the lake are undoubtedly producing better numbers and a better morning bite, but the size of the fish hasnt been as impressive. All three major islands, Stewts, Sidney and Rabbit are holding excellent concentrations of 18 to 22 inch trout. Recently, regardless of tide direction, the most consistent bite is taking place in 4 to 5 feet of water rather than tighter to the islands.

Dont ever put your topwaters away, but we have done much better fishing the slightly deeper bite with a MirrOdine XL, Corky Fat Boy and slow sinking Maniac Mullet. When the shallower bite is on fire, dont overlook Coffee Ground Cove or the north end of Old River Cove.

There is not much need to discuss the redfish bite right now. If there is enough water to float your boat there are redfish nearby. Everything in the box will work. The only thing you may not have tried is fishing a shallow running crankbait along the banks of the bayous and river.

The redfish will just crush them as will an occasional flounder and sow trout stalking finger mullet. River 2 Seas Cranky M and Bombers Model 4A both work really well for this shallow water cranking. This is a different but very productive pattern that is not only enjoyable, but can save your grits on the windiest of days!

I prefer to fish this crankbait program with mono rather than braid as it is much more forgiving when setting the hook. That little bit of stretch also helps prevent jerking the lure away from the fish too quickly. A loop knot is also far more effective when tied with mono and I always remove the split rings that are stock issue on most crankbaits.

I hope that you can spend some holiday time on the water this month with family and friends and that you do more catching than fishing!