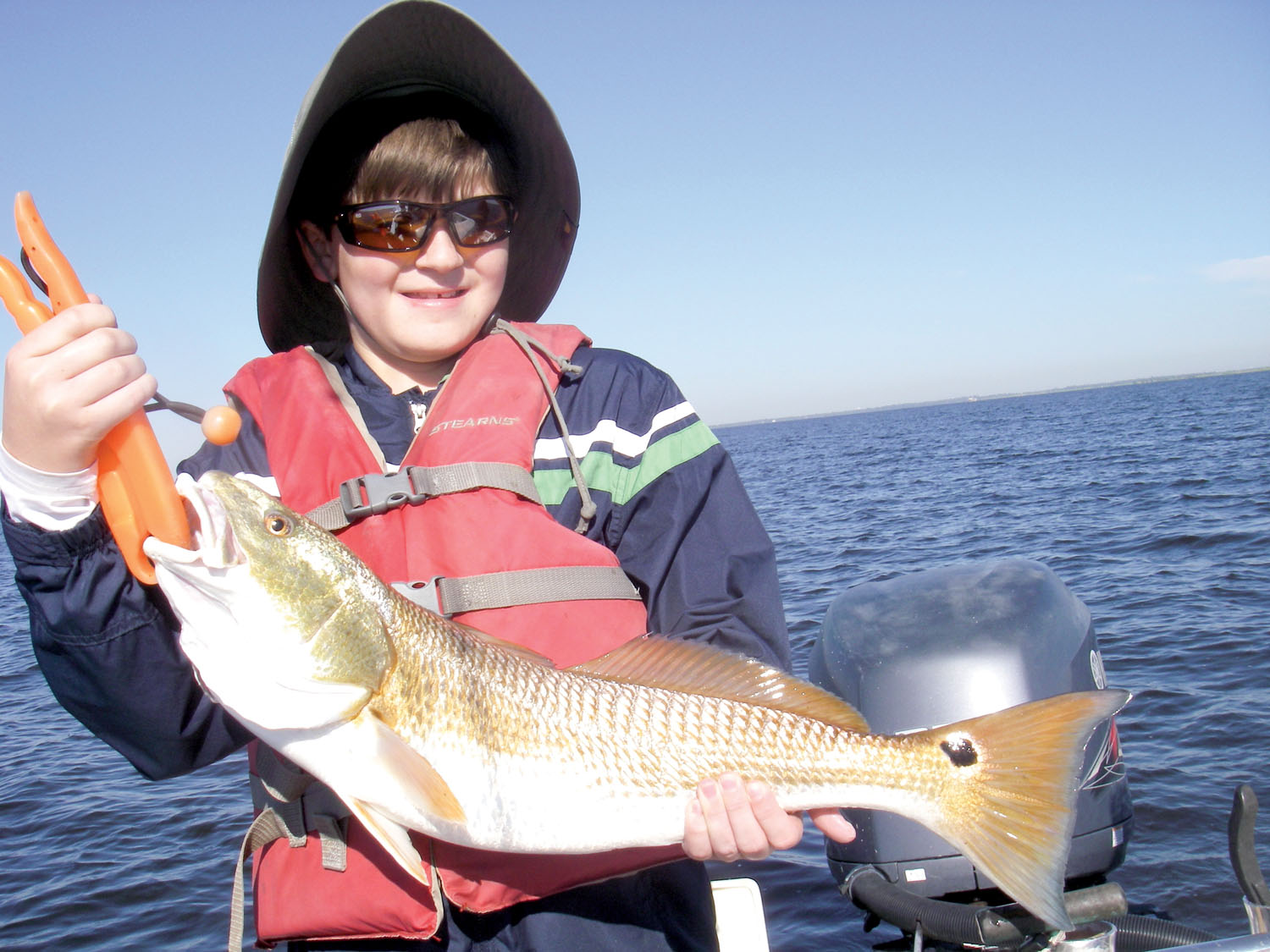 I cannot tell you how many fishermen I have recently heard say, "I am glad to put 2016 behind me–it was a really tough year of fishing!"

Because my own "catching" was in fact more difficult this past year for several reasons, I canceled a ridiculous number of trips, but there was a silver lining despite fewer paydays. I used those open dates to take lots of kids fishing and every trip renewed my own passion for the sport.

From the time I picked them up in the pre-dawn darkness until the last cast, the magical look in their eyes confirmed my belief that there is far more to fishing than simply catching. We had a day or two when we never got the first bite, but they still eagerly lobbied for the next invitation.

I also found it interesting that not one youngster, save Robert who was convinced his huge drum was a new world record, ever mentioned keeping a single fish. I truly hate cell phones but the ability to snap a quick photo sufficiently documented each catch to their satisfaction and saved lots of fish in the process.

We enjoyed just enough celebratory fish fries to whet their desire for occasionally saving a few fish in the future, but their awareness of the need for conservation and appreciation of the resource bodes well for the future of fishing. I have fewer days on the water ahead of me than behind me, but 2016 will always be special!

Not a great deal has changed other than the fact that we are now enjoying far more days of user-friendly weather. The salinity is once again out the roof on Sabine and despite a little more wind than we need, most of the lake is exceptionally clear. The big trout bite has yet to materialize but we are now catching much better numbers of solid keeper trout from Blue Buck Point to East Pass.

While the gulls are usually the most active early and late, especially on an outgoing tide, we still designate those time slots for searching for larger trout on the shoreline or shallow flats. Topwaters like the She Dog, Spook and Skitter Walk are all good choices and we will be throwing Fat Boys and MirrOdine XLs as well. Dayglow and pink are two good colors to start with in the mullet imitations.

The texture of the bottom isn't nearly as critical for us as locating small schools of nervous baitfish. If you are not wading, a Talon or Power Pole is a must for more efficiently working these shallow fish. Keep the noise in the boat to a minimum.

As the day progresses we will fish a little deeper water with five inch tails rigged on 1/8-ounce heads or shorter tails fished under a TKO cork. Both the five-inch Assassin Texas Shad and the Die Dapper are easily fished from top to bottom while the cork rig is deadly on suspended fish. The Vudu Shrimp gets a lot of playing time fished under the cork, but I also do well with the 4-inch Sea Shad and Lil John.

The most versatile lure in the box for me is the Usual Suspect. Most days the color is not as important as the length. If I am not hustling flounder exclusively, I prefer the four-inch version in silver shiner, morning glory or space guppy. A slow retrieve with very little twitching seems to be the ticket most of the time.

Here on Sabine Lake, the coveted flounder run invariably kicks off a little later than anticipated and this year has been no different. The ship channel, south of the Causeway, will get the most attention as the fish tend to pile up on the shell breaks next to deeper water but I still prefer fishing the main lake and bayous. A Gulp Swimming Mullet is the surest bet, but we also do well with the 3-inch Usual Suspect and the smaller Chicken Boy plastics.