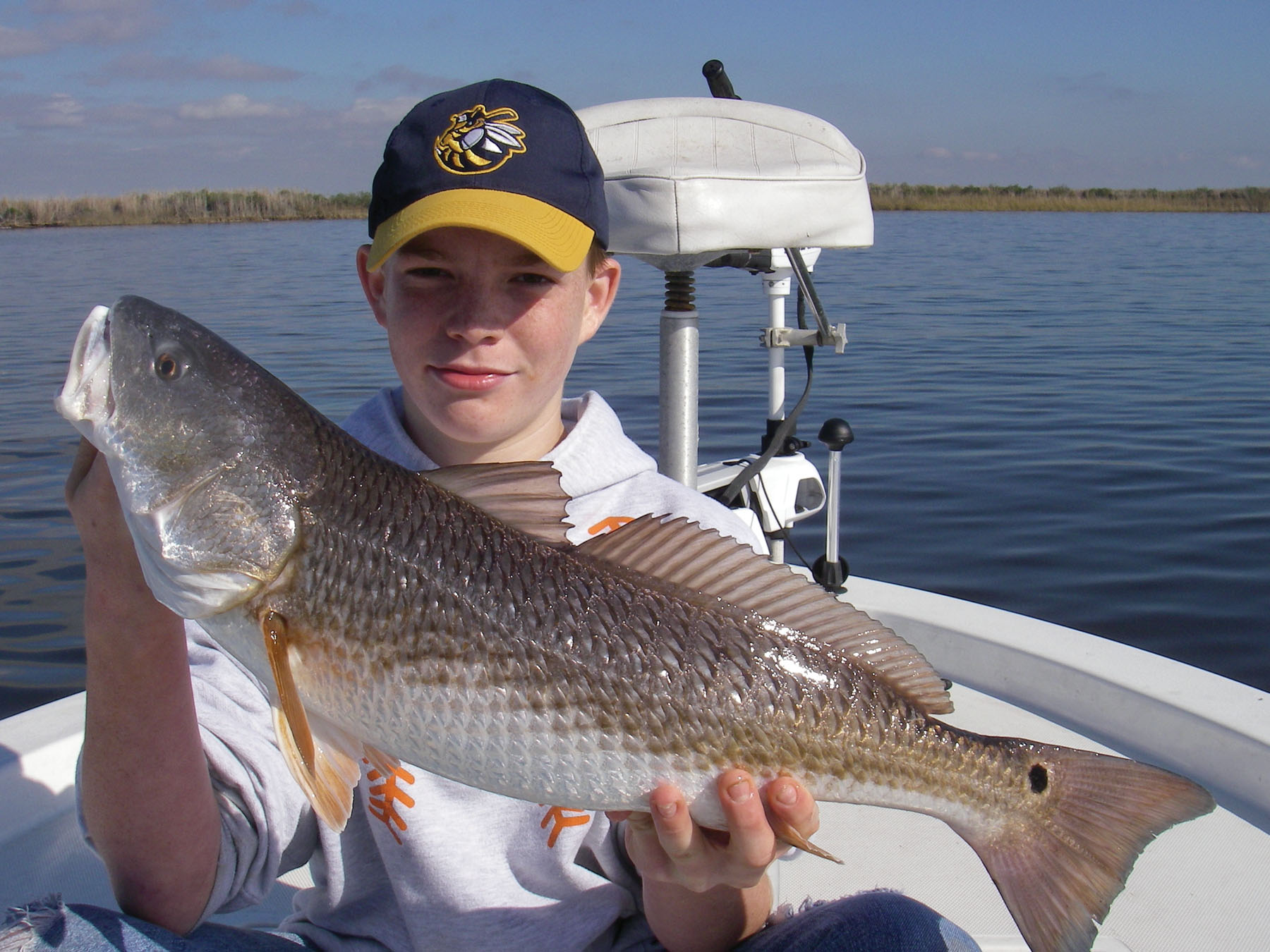 Andrew Hoyland doesn't view too many redfish to be a problem!

We may have officially closed the books on 2011 but the exceptional bite that began in early October has slowed very little if any thus far into the New Year.

Abnormally high salinity levels in the rivers have given the fish no reason to retreat to the lake or even the ship channel. We have yet to see a return of the winds that blew out the first five months of last year, but if the river bite stays this consistent you won't hear much complaining when the open lake is unfishable.

Given the option of fishing the rivers or the lake, it is dealer's choice most days as both venues are kicking out numbers and size as well. Depending on your penchant for targeting only the sow trout that cruise the shallow flats this time of the year, you may not appreciate the fact that hordes of redfish are already on the scene. We had the same problem, if you view that as a problem, last year and finally figured out that the trout had taken up residence in a little deeper water.

While we are wading less due to the slightly deeper bite, fishing that same pattern has been just as productive this year. We have already caught more trout in the 5 to 7-pound class than we did all last winter.

Because the bottom consistency is not as important when making these slightly deeper drifts, the critical factor each day is determining whether the fish are on the bottom or feeding in the top of the water column. When they are feeding higher everything from a She Dog to a five-inch tail will work for you. When fishing the tails we are using nothing heavier than an eighth ounce head.

Even when the best bite is nearer bottom we generate more strikes by simply slowing down our retrieve rather than switching to a heavier head. Slowly swimming an Assassin Die Dapper or a TTF Killer Flats Minnow XL will usually keep you in the game regardless of whatever else they may be biting. The biggest mistake you can make with these larger profile plastics is swimming them too fast and not taking advantage of the vibration of the big paddle tail.

I will be forever addicted to the entire line-up of Corkys and that unmistakable "thump" they can solicit on a cold winter's day, but Tidal Surge's Maniac Mullet has recently earned a lot of playing time for me as well. It fishes very much like the Corky Devil but sinks significantly faster. While I think that will limit the bait's effectiveness once the water gets really cold and the trout feed less aggressively, it has been an asset when fishing water 55° and warmer. I recently fished a prototype of the new slow sinking version and, as expected, it was far more effective in colder water.

The only flat that has not been really good for me thus far has been that stretch of shoreline from Madam Johnson's to the Gator Hole. Much of the grass has finally washed out and the bait is not as concentrated as it has been over the past two years. The Neches flat and the flats behind both Stewt's and Sidney have been great afternoon spots on an incoming tide.

It could and should all change by the time you read this, but the bite in both the Neches and Sabine Rivers is still every bit as good as the one in the lake. Not only are the numbers there, but an above average number of 25 to 28-inch fish as well. The key has been to slow down and fish deeper.

The most dependable program has been crawling a Corky Devil or Fat Boy, a Maniac Mullet or 5-inch tail along the 12 to 15-foot breaks. Getting a tail down quickly is not difficult as you can simply opt for a heavier head, but getting one of the mullet imitations to the bottom can be more of a problem, especially on a strong tide change.

I am losing a lot of baits to rocks and debris, but I have minimized that problem by fishing all three baits on a Carolina rig with a 1/4 ounce worm weight and a three foot leader. When they are eating the scented Die Dapper I lose fewer baits as it will hover above the bottom when threaded on an exposed 4/0 Mustad wide gap hook.

We have had to do some serious adapting, but the bite on Sabine is about as good as it gets right now!