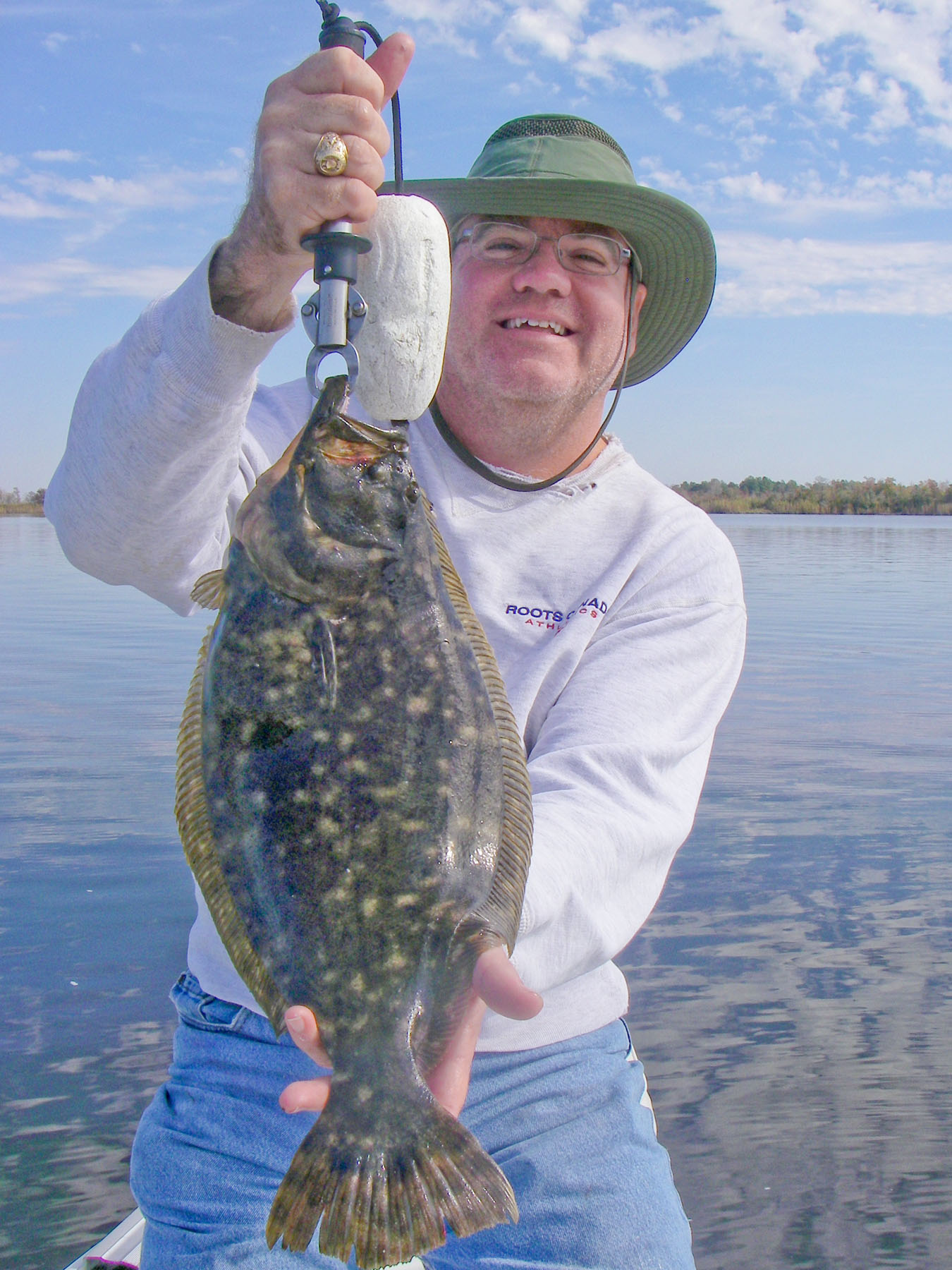 The arrival of each new cold front whittles away at our options, but the catching on Sabine for the past month has just been lights out. The weather compromised very few days and the only consideration was deciding which fish to target on any given day.

We have had our way with the trout and redfish both in the river and in the lake, but the flounder have absolutely stolen the show. While the numbers have been incredible, its the size factor generating the rave reviews.

The bite on the Calcasieu ship channel was as good if not better, but it was Louisianas ten fish limit that lured hundreds of Texas anglers across the border on a daily basis throughout the month of November. While we could only keep two fishing Texas waters, the numbers were here as well and the size may have been even better.

The flats along the Sabine-Neches ship channel continue to draw most of the attention, but we are still catching flounder up to six pounds in the river while fishing for trout and redfish. We have been photographing and releasing most of our really big flounder as I still cant grasp the long range benefits of harvesting only girl fish.

Hands down, the lure of choice in both ship channels has been a Gulp mullet in pink or chartreuse. It has been just as productive in the lake and river, but we are also catching a lot of these fish on a 3-inch H & H Usual Suspect. We knew the trout and reds would eat the swimbait, but the larger flounder apparently like it as well.

While it is admittedly a very user-friendly program, I am not that disappointed to see the bite under the birds finally slowing down. We are back to targeting tighter areas and doing more fishing than running. I havent seen many trout over the seven pound mark, but we have done well on fish in the three to five pound class.

When we can catch a good incoming tide in the afternoon, the bite on the flats behind the islands on the north end has been very consistent. We arent having to deal with as many redfish as we encounter on the east side of the lake and there is much more acreage to fish.

We start most wades or drifts with a She Dog or Spook tied on, but more often than not a suspending lure or five inch tail fished on a light jig head dupes the majority of these trout for us. Corkys and Maniac Mullets usually get the first shot, but hard plastic suspending baits like the Catch V, MirrOdine XL and Kick A Mullet can be just as effective and are a little easier to fish. Pink is still our number one color, but its the slower presentation and larger profile that makes the difference.

Water clarity, which is exceptionally good right now, determines my choice of colors when fishing a five inch tail. There are days when a rat-tail version like an Assassin Texas Shad or TTF Trout Killer will out catch everything else, but I generally start with an Assassin Die Dapper.

It is a large profile bait with a paddle tail that generates a lot of vibration even on a slow retrieve. We have done well lately rigging it on 1/8 ounce Shiney Hiney jig heads and the eyes on the head have made a difference. A little clear finger nail polish or a dab of epoxy will keep the eyes glowing longer.

After 41 years in the guiding business it would be much easier for me to simply rely on proven lures and techniques, but I am a better fisherman for having not given up on braided line and the 3-inch swimbait. Success generally has to be right on the heels of any change for me to stay the course.

Capt. Bob Fuston gave me a bunch of Mansfield Maulers back in the 80s that I carried onboard, but could never find a good reason to try. It took only two casts, however, for the Mauler to prove itself and I have fished the Original Mauler or similar versions year round ever since.

I mention this only because I may have been guilty of making the same mistake yet again with an Egret Wedge Tail Mullet. It is a beautiful bait, but it rolled over on its side when retrieved on every jig head or weighted hook I tried so I wrote it off. Last week I decided to just go ahead and rig one sideways while scratching the wall in fifteen feet of water and it fooled seven trout up to six pounds on one spot. It will get another try!

Too many fishtoo little time.