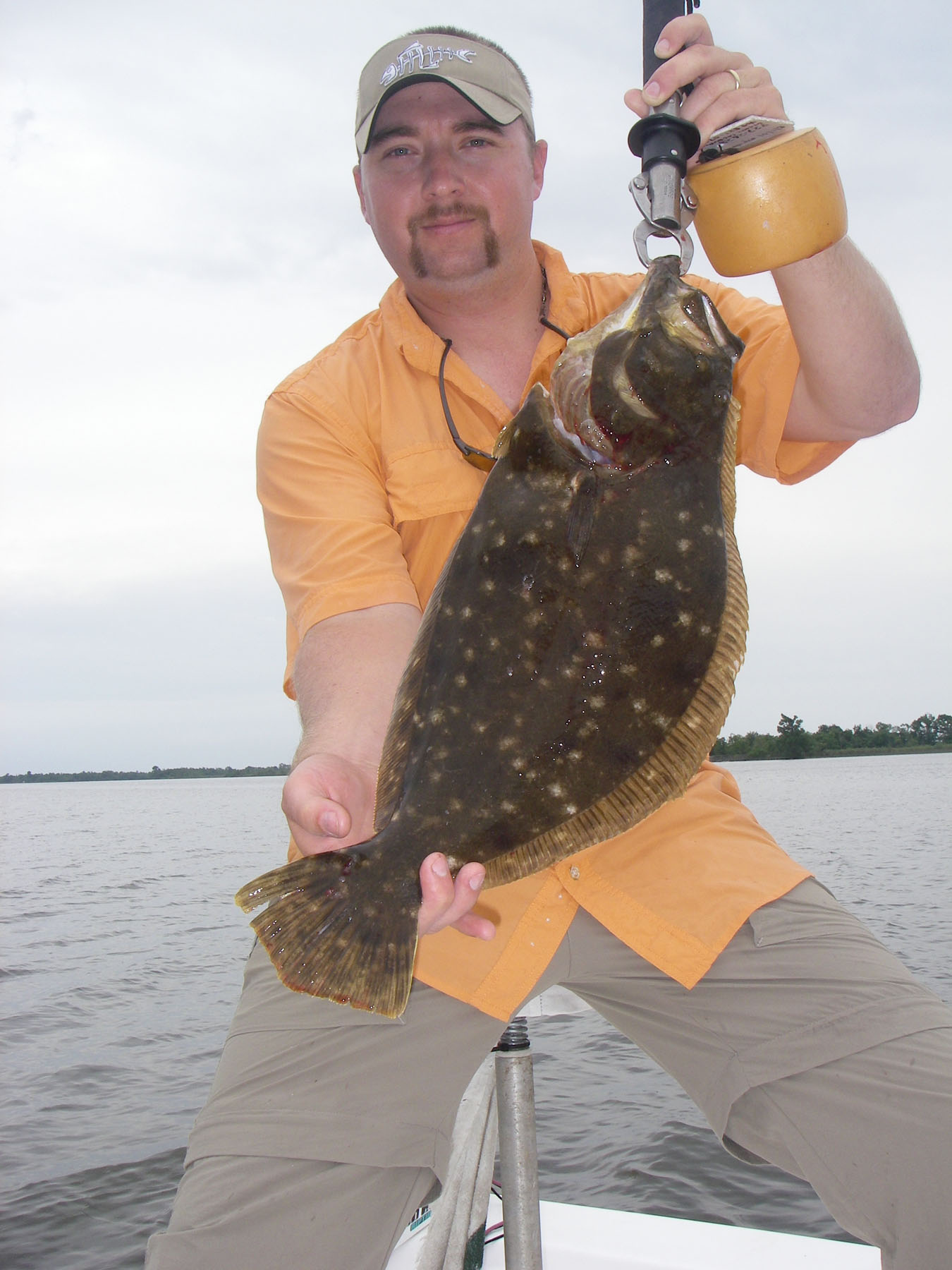 Adam Jaynes launched his chartreuse Top Dog Jr. in the direction of a lone gull pecking at shrimp between the white caps. The trusted topwater disappeared with the unmistakable slurp of a fat three-pound trout before he could even retrieve the wind-blown slack in his line. Glancing back over his shoulder while enjoying the tug of war, he asked a question repeated many times over the past two months on Sabine, "Do you think we will ever get to fish the rest of the lake again?" My answer was, "yes," only because Adam is a young fisherman.

We had been in a survival mode most of March, April, and early May, relegated to fishing only the eastern shoreline of the lake due to relentless winds on the best of days. All of that changed the second week of May with the exception of a rogue cold front. From that point on, we enjoyed a more forgiving southeasterly gale and much clearer water.

The bull tides of late spring flooded the marshes with saltier water and the anticipated June madness that we feared would never arrive was in full swing. While we still had to pick our days to run the open lake, the dilemma for most folks was not locating fish, but deciding which species to chase.

We have enjoyed one of our most consistent flounder runs in years and it looks as though it will extend well into the month of July in spite of the inevitable rise in water temperatures. We have caught the lion's share of our flounder tipping tube jigs or curl tail grubs with pieces of shrimp, but a surprising number of our larger flounder have been taken on Catch V's and spinner baits worked over shallow mud flats.

Tides that are more normal will back the flounder out into deeper water in July and most of the big fish will stack up on the ship channel and along the flats bordering the bayous and Sabine River. Live finger mullet or shad fished on Carolina rigs will account for the better catches. The full moon in May and June produced our largest trout of the late spring and we are looking forward to more of the same in July. You can look for bragging size specks to stack up on the mud flats adjacent to the mouths of bayous on the east side of the lake. If you opt to fish at night, wear plenty of mosquito dope and tie on a larger topwater like a Top Dog, Spook, or Skitterwalk.

During the day, look for the larger trout under slicks in the open lake with a smaller version of the same topwaters. Pearl chartreuse, bone-chrome sides, and chrome-blue back are very consistent colors for us. We also do well with longer plastics like the Assassin Shad rigged on one-eighth ounce heads. Depending on salinity and water clarity, your chances are equally good fishing topwaters and Catch Fives on the flats bordering the Intracoastal at first light.

If numbers are more important to you than size, July is a wonderful month to tie a two-foot leader below a Mauler type cork and drift a soft plastic like the Sea Shad or Chub Minnow on a quarter ounce jig head. A scented lure like the Gulp shrimp or Assassin's Slurp also works well, but you will attract far more gafftop than you may care to remove from the hook.

If you opt to fish this program, you can eliminate a great deal of non-productive water by taking the time to seek out the huge schools of shad that raft up in the mid-lake area each day. You will not need the help of gulls if you find a school of trout working on one of these mobile buffets.

The wildcard in this type of fishing is the unexpected intrusion of thick shouldered redfish that occasionally crash the party when least expected. They will initially hit anything you throw in front of them, but will always hit a Hoginar or trap well after the surface melee subsides. Make long casts and allow the lure to settle to the bottom before beginning your retrieve.

We spend a considerable amount of our fishing time in July simply sitting in the middle of the lake during the hotter afternoon hours listening for schooling reds. The whole experience is very much akin to a bar room brawl requiring more muscle than finesse. You can get by with ten to twelve-pound test, but a 20 to 25-pound test shock leader is mandatory. To maximize the thrill of the moment, try working a topwater lure through a minefield of reds on a "fast food" binge!

You can look for the fishing to be as hot as the weather on Sabine in July!