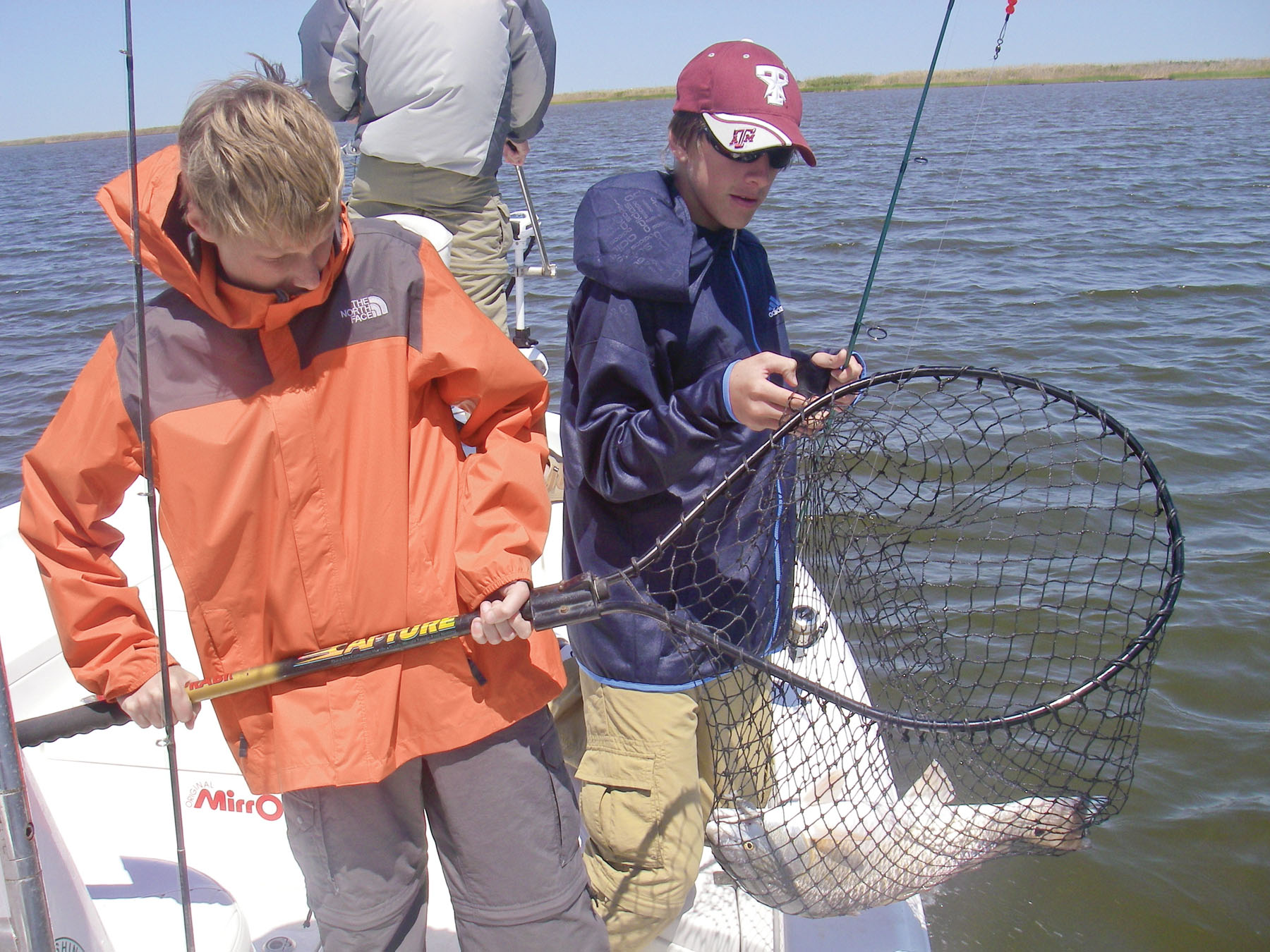 Having lost more trips to wind thus far this year than I have in the previous 39 years, I am reluctant to predict that we will at last be enjoying more user-friendly conditions by the time you read this. As of today, upper coast anglers are equally concerned about the long term effects of the prolonged drought as the salinity levels are sky high in both the lower Neches and Sabine Rivers.

The good news on Sabine is that when we have been able to get on the lake the fishing has been nothing short of incredible. Sabine Lake is absolutely covered up with acres of shad and small shrimp and countless flocks of gulls are pointing the way to user-friendly fishing.

While we currently continue to average only a couple of days each week to exploit the bite in the open lake, the number of seven and eight pound trout caught last month alone was ridiculous. A few of them came out of the ship channel, but most of them were caught by waders on the north end of the lake or by folks dissecting the revetment walls with topwaters.

Easily the most pleasant surprise has been the average size of the trout taken by anglers hustling the gulls on the calmer days. Three pound-plus trout have been the norm for those targeting the trout chasing shrimp to the surface rather than shad. A Geaux Naked She Dog has induced the most violent strikes, but longer 5-inch tails like Assassin's Texas Shad and the TTF Trout Killer in stinky pink, bone diamond, and bug juice are fooling the larger trout as well.

Pre-dawn wades on the shallow flats south of Sidney and Stewt's are also providing the opportunity to do a lot of catching and releasing. Topwater explosions are the main reason for climbing out of bed that early, but the bite slows very little for anglers willing to stick with it well after daylight. Tails rigged on 1/16 ounce heads have extended the bite in slightly deeper water as have Crazy Croakers and MirrOdine XL's.

The submerged grass flats from Johnson's Bayou south to the Dredge Hole are still holding good concentrations of trout and redfish, but that area has been getting a lot of fishing pressure due to a prevailing southeast wind. All of the aforementioned lures are good choices along with swimbaits and a Gulp shrimp or four inch tail drifted under a Kwik Cork. Many local anglers are now drifting these flats with Carolina rigs to better access fish residing in the thicker vegetation. A half-ounce slip sinker, three foot leader and 5-inch tail threaded on an open 3/0 hook has been the ticket.

Flounder and reds are rewarding the anglers patrolling the Roseau-lined shorelines from Coffee Ground Cove to Willow Bayou. Gold spoons, swimbaits and spinner baits are all deadly on small pods of reds and flounder nosing around in the roots of the flooded cane. High or incoming tides provide the optimum conditions for exploiting this bite.

It is a little ironic that many of the same fishermen that complained about excessive numbers of redfish all spring are now upset that they have been harder to find this month. It is actually just a case of looking in the wrong places as the food source has changed and redfish are pursuing an easier meal.

Virtually on schedule each day, huge schools of copper-hued slot fish pound away at the endless buffet of shad in the open lake in the hottest part of the afternoon. While it is nothing short of miserable for the angler, the hotter and calmer the lake is the easier it is to locate these audible and visual feeding binges in July and August. Even if you never make the first cast it is something to behold!

The jetty and short rig anglers are hoping that this will be the month when they can finally take advantage of not only one of the easier, but more diverse bites available on Sabine. The jetty fishermen have already had some great days on trout while fishing the semi-protected side of the ship channel from the LNG terminal all the way to the last slabs of granite. The last three redfish tournaments were also won in this area so the wind is obviously the only thing holding up that show.

I very much hope to be complaining about the absence of wind by the time you read this report. Until then, stay hydrated, lather up with a quality sunscreen before you hit the water and take the time to share the thrill of catching a fish with a youngster!