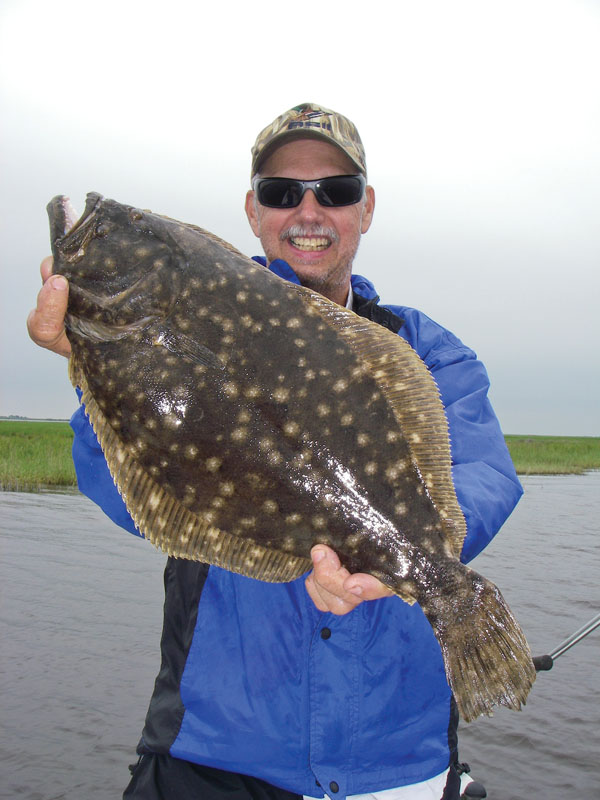 I absolutely love wading in the pre-dawn darkness and my two wide-eyed twelve year old partners made the much anticipated trip even more special. They begrudgingly concluded All Star play the night before, but still showed up at my front door the following morning before I could make my first pot of coffee.

Just climbing out of the boat and into the quiet thigh deep water for their first time was adventure enough, but every sound is amplified in the dark and their imagination was overloaded. My only thought as I handed them their rods and pointed toward the tip of the island silhouetted by the fading rays of moonlight was, "Lord, I wish I was twelve again and could do this for another sixty years!"

Aside from the fact that it is not uncommon to dupe our largest trout of the day with a topwater before most folks ever leave the dock, I especially enjoy no longer having to wrestle in and out of my waders. An unexpected dunking is also more akin to a treat than a catastrophe and scanning the surface takes precedence over watching your next step.

Even with the current drought conditions (only four inches of rain in the past eight days) the water is still high and very much on the dirty side on the north end of the lake. I mention that only because that is the area I prefer to wade during the summer months. The water on the Louisiana shoreline is currently clearer and more productive as well, but the increased boat traffic can be frustrating.

We are yet to catch the first trout over six pounds on the north end, but the number of keeper size specks continues to improve. Their main entree is brown shrimp, but the fish caught early on Super Spooks and She Dogs are feeding on finger mullet and that includes a growing number of slot reds.

The gulls and terns have been working over massive schools of small trout chasing shrimp to the surface for the past two months, but you have to go through a lot of fish to box a limit. Now that the redfish have decided to hunt in the open lake, however, the odds of getting your drag tested when running the birds is a little better.

There is no doubt that the massive runoff has, at the very least, delayed traditional summer patterns. Even the visiting croaker fishermen have not done nearly as well as they did last year and we have had very few days when we could effectively probe the flats on the north end or the north revetment wall. Both of those bites could easily light off this month and not only open up more of the lake, but produce larger trout as well.

I will not be at all surprised if the beach front, ship channel and possibly even the Causeway reefs are the first areas to produce better trout on a more consistent basis. While the stretch of real estate from Willow Bayou to Blue Buck continues to yield the most dependable bite, it has also seen unprecedented pressure due to the prevailing wind, better water clarity and a tougher bite on nearby Calcasieu that has a large number of those guides trailering to earn a payday.

The one program that has slowed down a little of late, but certainly not ended, is the flounder bite. As a matter of fact, it received an unexpected shot in the arm when the gulls started working earlier than usual and local anglers immediately gravitated toward the faster action. The lake level is still high enough to hold the flounder in the submerged grass, thus every foot of shoreline is a potential ambush spot.

The mouths of the bayous and drains warrant the most attention, but I have found that simply getting away from the crowds will do the trick most days. We have been swimming a GULP mullet or 3-inch Usual Suspect through the more scattered grass and limiting on flounder up to four pounds. The average size flattie has just been outstanding.

The uncertainty due to the continued flooding makes it difficult to book trips with any confidence, but while they are tougher to locate, there are still plenty of quality fish in the system. There is also plenty of summer remaining for the kids to catch a winning fish in the CCA S.T.A.R. Tournament!