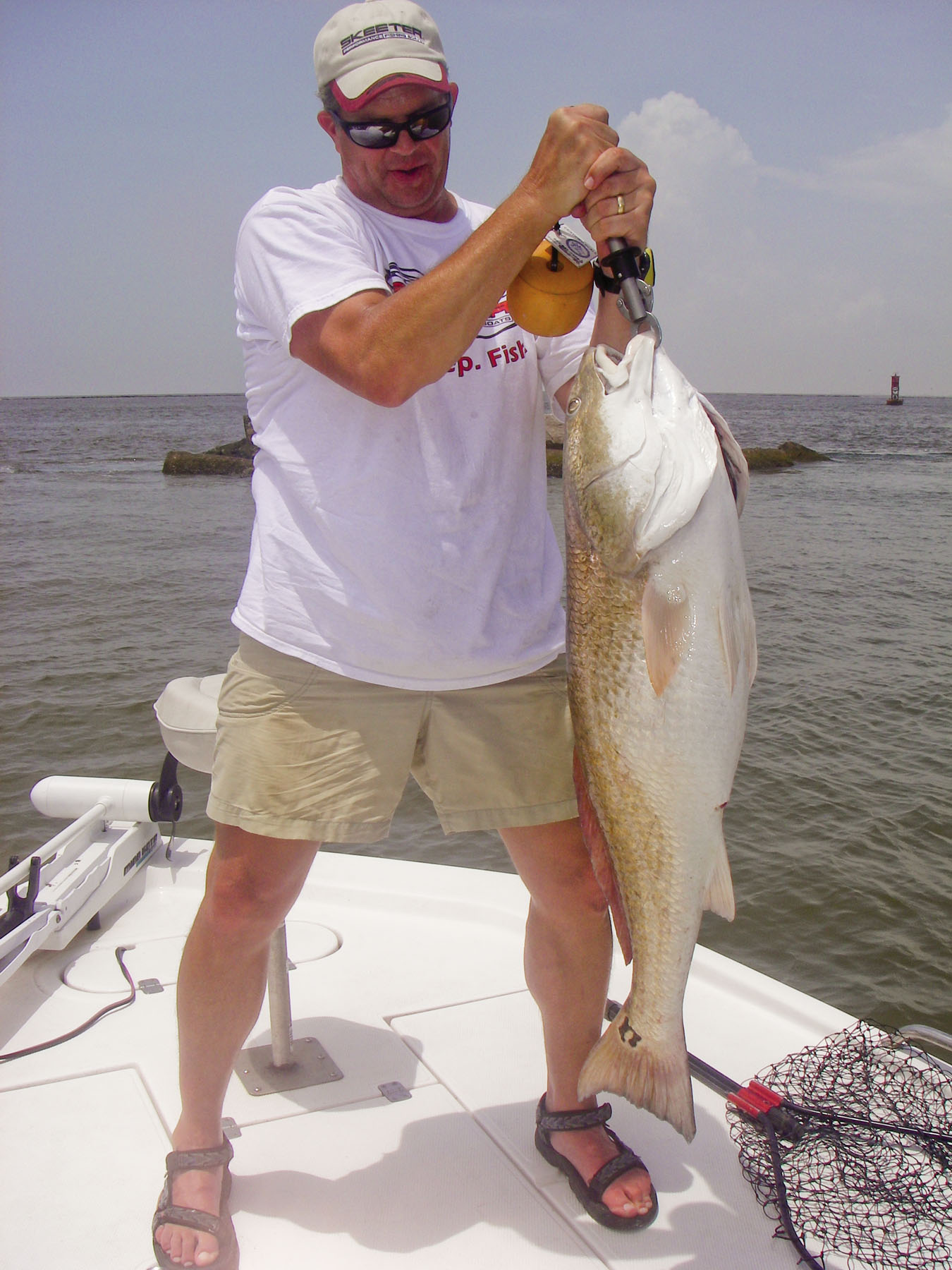 You can't always choose your fight when fishing the jetties.
Not unlike the growing number of saltwater anglers across the state, I eagerly anticipate my copy of Texas Saltwater Fishing Magazine each month. Even after 40 years of guiding, I scour every column for any different technique or approach that will not only make me a more effective fisherman, but broaden my perspective on the future of the sport as well.

I have enough confidence in the experience level of Everett and Pam's stable of fishermen/writers that if they predicted the sky to fall on a certain date I would exit the house tentatively. In the May edition, Capt. Ernest Cisneros mentioned the fact that he had recently fished Calcasieu and how ugly that water was compared to his home water in the south Padre area.

He still caught fish, however, and returned home confident that he could catch fish in water that he had been avoiding. My initial reaction was that if Capt. Cisneros thought Calcasieu's clarity was bad, he would have totally written Sabine off. As a matter of fact, we trailered to Calcasieu most of May because that water looked so good!

Outside of a phenomenal redfish bite totally dependent on the wind, Sabine surrendered very few productive days of trout fishing last month. The wind was obviously an obstacle, but the lack of water clarity was the biggest issue. With very little runoff from the impoundments and minimal rainfall, it is a little puzzling as to why the entire lake was slow to clear.

The good news is that much of the lake is now clearing up pretty quickly following any break in the wind coupled with a strong incoming tide. The trout bite on the north end has been spotty as that end of the lake is always slower to improve, but it should be in full swing by now.

I would recommend checking out the revetment walls after drifting or wading the north flats this month. Take advantage of incoming tides and look for slicks to narrow your search. The She Dog and Spook Jr., swim baits like the Crme Spoiler Shad, and five-inch tails rigged on Assassin's Pro Elite 1/8 ounce heads are excellent choices most days. Don't put your Corkys away too early either as our largest trout of the year are still chasing mullet.

A four-inch Sea Shad rigged on a 24-inch leader under a Bass Assassin Kwik Cork will also keep you in the game every day. It is a great rig to hunt fish with as it keeps your lure suspended in the strike zone and the subtle clicking noise attracts fish from an even greater distance.

While I continue to bet on the north end of the lake and the submerged grass on the Louisiana shoreline by choice, the most dependable bite will take place from the Causeway reef all the way to the end of the jetties. There has already been modest gull activity as they patrol both reds and trout chasing shrimp and redfish to the surface, but there is a more dependable program than that.

Lighthouse Cove will garner the most attention from both artificial and live bait fishermen, but the ship channel itself will yield incredible numbers of solid trout and reds all the way from the LNG terminal to the end of the jetties. The topwater bite can be unmatched at times, but anglers willing to give up jigs to the unforgiving debris in three to eight feet of water will enjoy the most consistent action.

On most days it is simply a matter of which side of the jetties the wind will allow you to fish, but I would advise never passing up the channel simply because most of the boats are fishing the Gulf side. Regardless of which side you fish, spend a little extra time in any area where the water is washing over the rocks. Once again, you are going to lose some jig heads, but it is not uncommon to limit fishing a single washout!

On the calmer days, the short rigs as well as the pocket on the Louisiana side are excellent options. You can drift the pocket, but the waders more often cash in on the biggest days. The very end of both jetties can also yield a variety of huge fish depending on your choice of bait, but both areas can get over crowded in a hurry and dangerous as well for boats on anchor!

Regardless of whether you attribute tougher fishing to the conditions or the unthinkable possibility of fewer fish, respect the resource. Remember, "It is the anticipation and thrill of the bite that is so addicting. Get a youngster hooked today!"