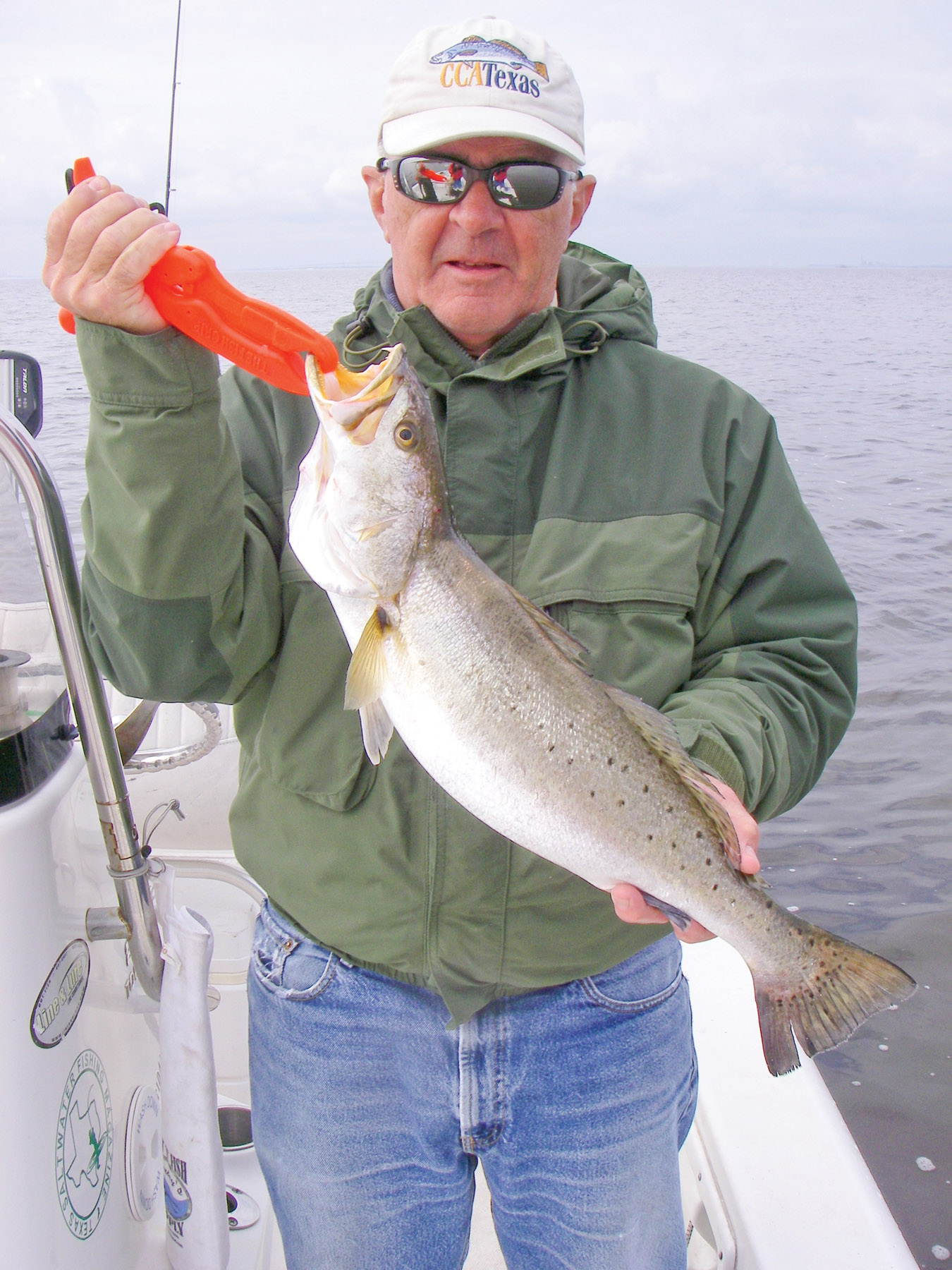 If your favorite fishing hole could use some rain, I may be able to help by simply mentioning it in a column or on the radio show. I had no sooner hit the send key on last month's column bragging on our water clarity when the bottom dropped out, and it rained for a solid week. It not only poured locally, but north of Toledo Bend as well.

The lake level eclipsed the 170 mark for the first time in a long time and the SRA has been generating ever since. Freshwater is the lifeblood of our estuary, but the stronger current and muddier water have combined to all but shut down our deep water trout bite in the river. A higher salinity level is obviously a key component in this pattern, but the trout are equally concerned about their next meal, and the suspended schools of shad and mullet are too scattered.

If the excessive runoff wasn't enough to alter the pattern, we also found ourselves fishing the afternoons in shorts the last week of January. Because the warmer temperatures have accelerated the trout bite, I am hesitant to acknowledge that as being a good thing. It will probably snow tomorrow!

We have enjoyed the best big trout bite over the past two months that we have experienced on Sabine in a number of years. While there have been a few coveted 10-pounders documented and somebody catches an eight every day, it's the incredible number of fish in the five to seven pound class that continues to make this a special winter.

The real blessing lies in the fact that the majority of these fish are coming out of the lake and due to too much of a stiff prevailing wind most days, we have only been able to consistently fish about a third of the lake. The east shoreline is getting most of the pressure while the flats off the Neches and ICW have gone virtually untapped.

I never thought we would see another shortage of Corkys after MirrOlure acquired them, but we have seen just that with a couple of colors in the Fat Boy and the Devil. For the most part it was simply a matter of dealers underestimating the demand and the supply on hand went quickly. Dayglow and pink disappeared overnight!

It has been much the same case with the Maniac Mullet as more fishermen are discovering it works on big trout as well. It fishes much like the Devil, but even a little faster, and that appeals to the folks that just can't slow a Corky down. If you haven't fished one I would recommend fishing it with a Norton or Tony clip rather than a loop knot as it will twist your line.

The bite could very well change even before I finish this column, but we are currently catching more big trout in four to six feet of water than in one to three. For that reason I have done far better drifting and occasionally burying my Talon than wading and trying to reach these fish with a long cast.

I have also not been able thus far to target isolated patches of shell and wait on the trout to come to me as they have been more mobile in their pursuit of both shad and mullet. Homework still pays dividends as specific areas are holding better concentrations of fish, but locating them often requires a number of casts with different baits.

We have had a few great afternoons with a She Dog or a jerkbait once we find the fish, but the top choices for hunting have been an Assassin Die Dapper rigged on an eighth ounce Shiney Hiney jig, one of the aforementioned mullet imitations, or a Catch 2000. Bait on the surface usually seals the deal, but don't bail too quickly just because you don't see any when drifting the deeper water.

There is no sense in even discussing the redfish bite as easy limits are a given most days. Unlike the trout, they are piled up in the shallow water and will crush anything you throw in front of them. Tails are the cheaper option for getting the job done as an oversized red can render your favorite Corky useless if you get it back at all.

I am pleased to state that there was an unexpected benefit in patiently waiting for Chris Williamson to get Laguna Rods headed back in the right direction. I was convinced that I would never again need anything other than their Latis Stick and Light Wader II until I fished with the new Solo. Had it been available from the get-go, it would have been my first choice.

Don't leave the kids at home!