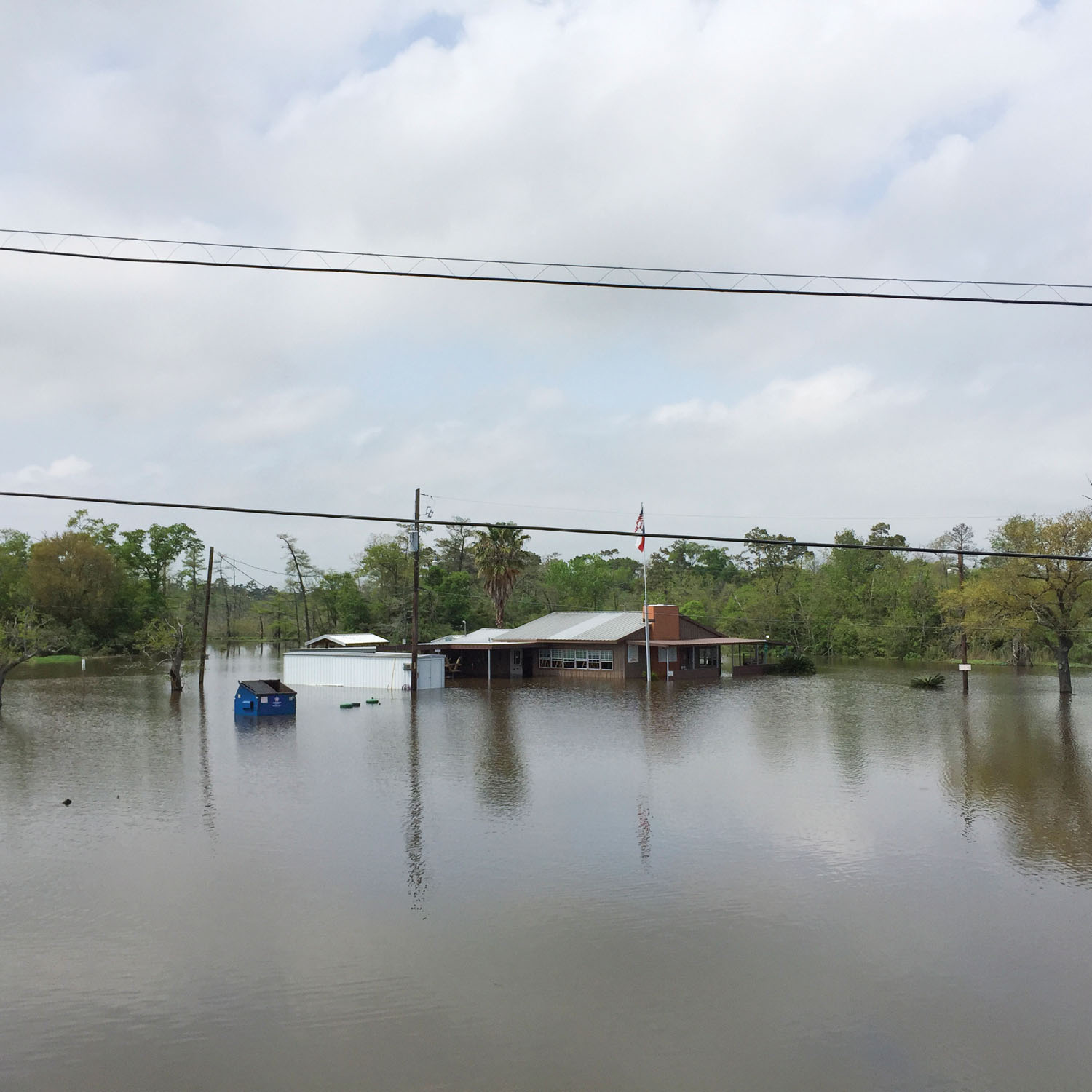 The water did not leave anywhere near as fast as it arrived.

Facebook pictures didn't do it justice. With more water rushing out of Toledo Bend at one point than Niagara Falls, there was little time for anyone living anywhere near the river to prepare. Deweyville was inundated before many families could even begin to pack up and the water quickly spread across the surrounding marshes, parts of Orange, and even I-10!

The fire ants, snakes, feral hogs and gators looking to share high ground were expected, but it was the velocity of the flood water headed south to Sabine Lake that we had never before experienced.

When the water finally stopped rising our home was still dry. While we have been blessed to be able to help friends not as fortunate recover, it wasn't until we moved our own items back in and I plugged in the computer that I fully appreciated just how blessed we were.

Prior to the mandatory evacuation notice, my cell phone and computer were already lighting up with emails and calls from not only friends in the area, but clients that have fished with me as well. These were not just "How's it looking over there?" calls, but offers of everything from a place to stay to helping sandbag and move appliances and furniture.

Upon turning the computer back on, I was overwhelmed by the sheer number of folks that had offered to help in any way they could. As I began reading them I discovered that a number of these offers came from readers of this magazine that I have never even met!

As soon as we could find the launches again we were back on Sabine Lake armed with a few tricks learned following the never-ending flooding of last spring. The water clarity was much better than expected and that is a confidence booster if nothing else.

They may not be your first choice, but the redfish and flounder are still hanging around the drains and bayous on the east side of the lake. We are already catching more flounder than I would have expected and slot redfish are hammering away at schools of juvenile shad riding the tide changes.

Not surprisingly, due to the high water, a lot of the redfish are scattered all over the flooded marsh ponds. Being as quiet as possible and making long casts when stalking these fish will serve you well. If you want to try something a little different as well as exhilarating, rig a Ribbit frog weedless on a 5/0 hook and slowly swim it back on the surface. The blow-ups are addicting!

If we can dodge significant rain events for a week or two, this massive glut of fresh water could get purged pretty quickly. The only question then would be how quickly the larger trout adapt as this has always been one of our prime months for catching a bragging-size fish.

The first place they will show up will be the flats near deeper water both on the north and south ends of the lake. It is typically dealer's choice as far as lures are concerned. Assassins rigged on 1/16 ounce heads, She Dogs and MirrOdine XL's can all be lethal, as can a Sea Shad or Usual Suspect fished under a cork.

While waiting for the trout bite in the main lake to bounce back last year, we found a more consistent bite fishing the ship channel south of the Causeway. It was a carnival-like atmosphere most days in Lighthouse Cove, but much too late we also discovered that decent numbers of 15- to 20 inch fish were hanging out on small isolated shell piles on the south end of the lake.

The key to duping these fish for us was dead-sticking a Lil' John or 4-inch Sea Shad on the shell and moving it very little. Every bite was light, but the trout was usually there when you set the hook. Chicken on a chain and purple demon were easily the best colors for us.

Sign yourself and the kids up for the CCA S.T.A.R. tournament today and fish with them every chance you get.