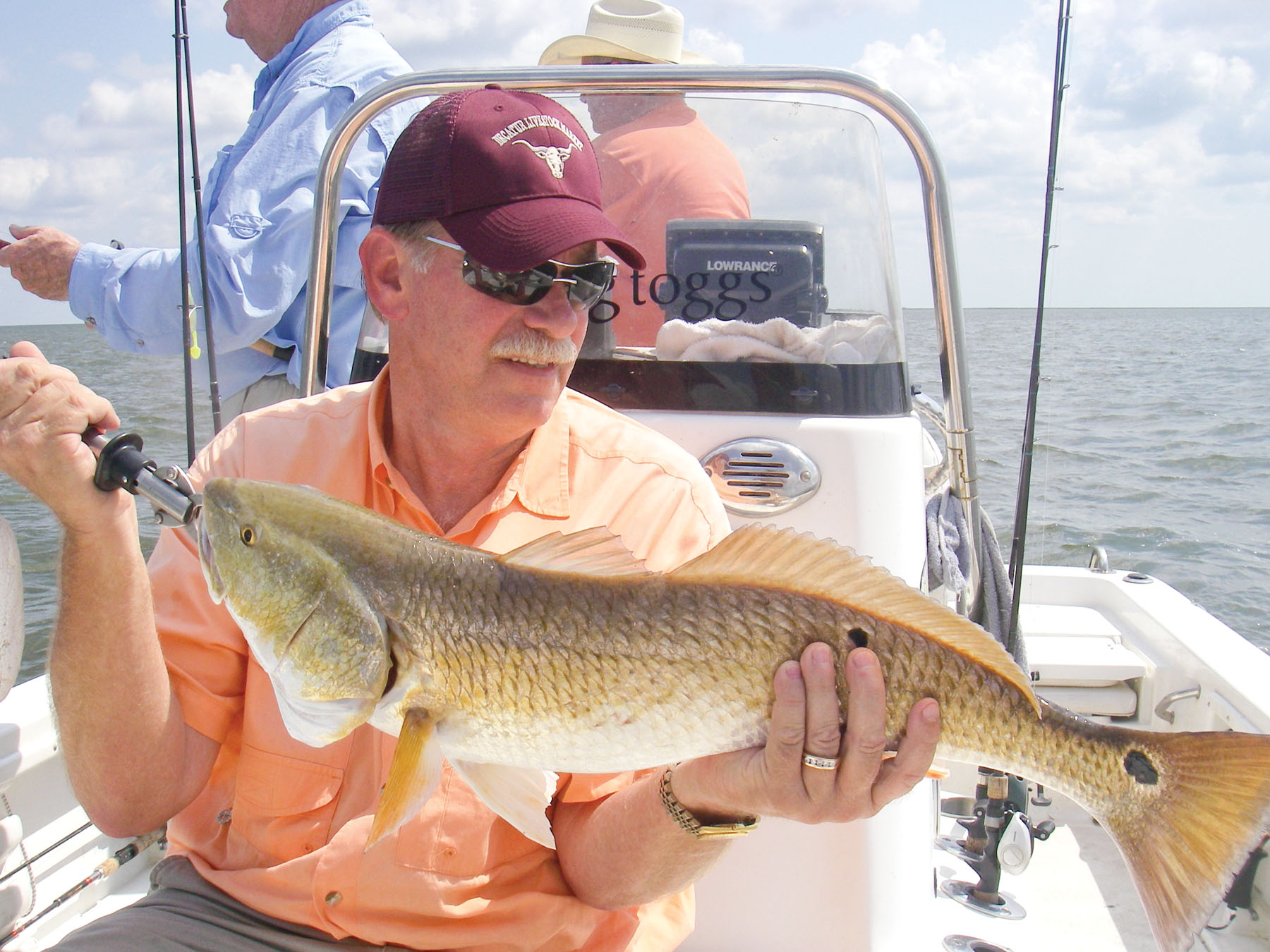 It is not as though we have suddenly become fixated with redfish on Sabine and turned our collective backs on trout the past month or so. Its just that we are absolutely covered up with redfish, which is not a bad thing, and it all started with Hurricane Rita.

The redfish population exploded over the following two years and while Louisiana anglers were overjoyed due to more liberal size and limits, Texas anglers caught and released thousands of 16 to 19-inch fish waiting for them to grow one more inch. They eventually did, Hurricane Ike provided another boost shortly afterward, and its like we stepped back to the late-70s.

How good was it back then? In 1977 Louisiana felt it was necessary to set the limit at 50 fish with no minimum size. In 1987 a 14-inch minimum size was set and a year later the current creel and size limits were established. I am convinced that the redfish population on Sabine is once again that robust and this time the resource is much better protected.

The question each morning has not been where to catch them, but how you choose to catch them, provided the weather gives you a break. Each new cold front steps up the action as more redfish abandon the marshes in search of deeper water.

The most addicting approach is chasing gulls in the open lake. It is not unusual to see them blowing holes in the surface but, even when theyre not, there is little doubt they are there. There is no wrong lure; finesse is not a consideration. Fish a tail on a heavier head that you can throw a long way or slow-roll a Hoginar or spoon across the bottom, if you can get it to the bottom.

If you elect to fish the bayous or rivers, swimbaits and crankbaits that dive 3-5 feet are hard to beat. Topwaters MirrOlures She Dog or River 2 Seas Rover also work well when the fish are hugging the shoreline.

A two-fish November limit of flounder is not very difficult to box, but I am concerned it minimizes any benefit the limit reduction may have if you try to cull up to larger fish. Rather than seriously injure smaller keeper fish and release them, we box our first two keepers and live with it for a month.

While the redfish are hard to avoid, there is not a Sabine regular that is not a little perplexed over the trout bite right now. Numbers are not the problem as it has been no problem to catch 50 to 75 a day, but very few of them are keepers.

Strangely, this comes on the heels of one of the most notable big trout springs on Sabine in years. It is equally strange that the larger percentage of trout over five pounds that are being caught right now are coming out of the ship channel, the ICW and both rivers.

Deeper water is obviously a key factor, but topwaters are accounting for a significant number of these fish. Scratching the wall, vertical jigging the 15 to 22 foot breaks, with a Maniac Mullet, Corky or Die Dapper is starting to produce better numbers but we need colder weather to concentrate those deeper fish.

Its the 17-20 trout that have been hardest to locate, but I think that will change when the water drops into the high-60s and the shrimp migrate from the marsh to the open lake.

We will continue to hunt that size fish most days with an Assassin Sea Shad or TTF Flats Minnow rigged under a Kwik Cork. When drifting flats, water 1-3 feet deep, we consistently fare better rigging the longer 5-inch Assassin Shad, Trout Killer or Tidal Surge Split Tail on a 4/0 worm hook with no weight under the cork. The slower fall makes it more effective and you will see the strike before the cork disappears.

Late in the day is usually better than early this time of the year and slicks popping on the flats bordering the ICW are money as well. I have discovered the past two years that the Minn Kota Talon is an invaluable tool for better exploiting this program. I quickly learned that I had been continuing to drift through more fish than I was actually catching.