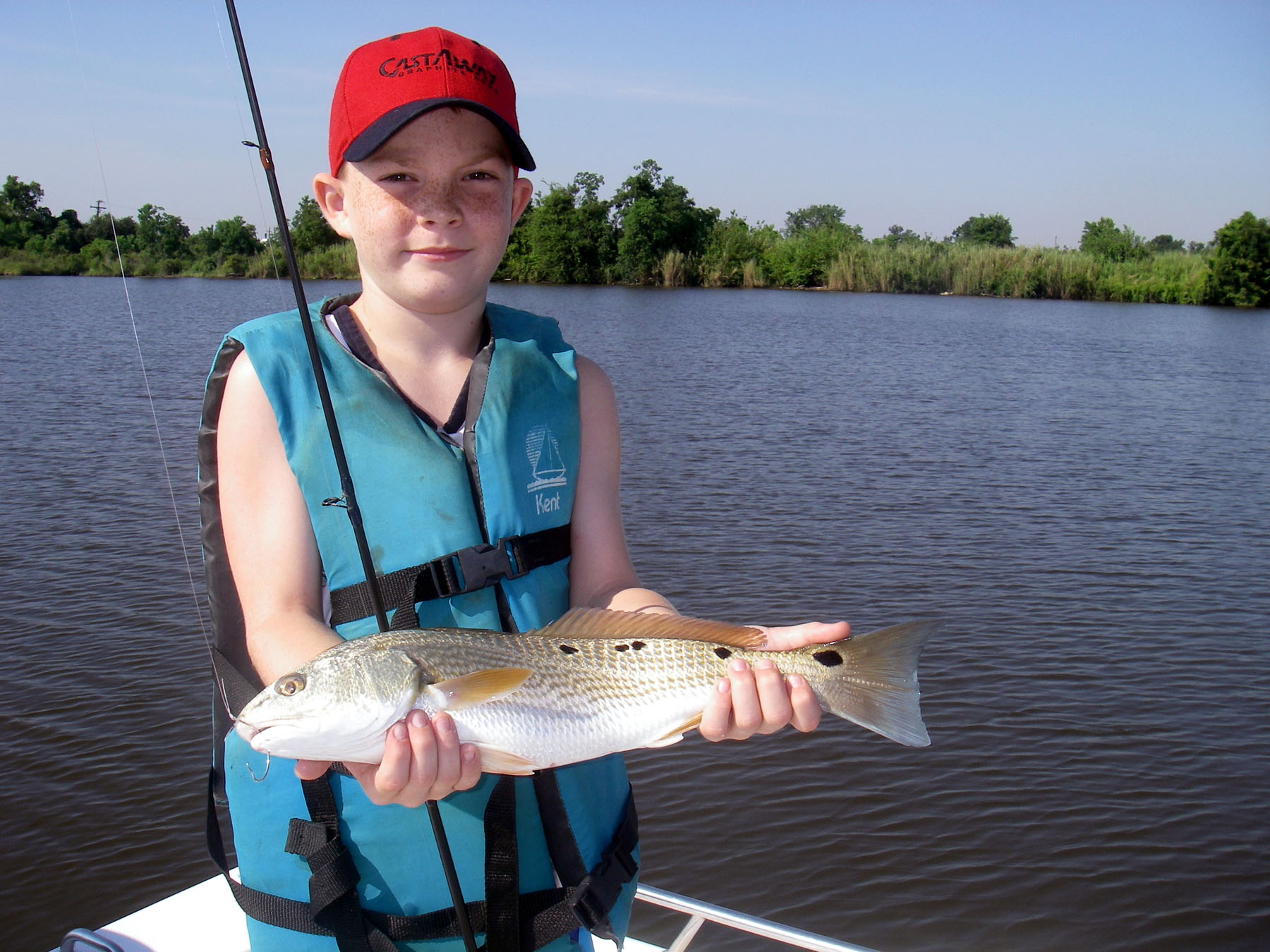 While the Oh Boy Oberto Redfish Cup held in early August provided a breath of fresh air for Sabine Lake anglers, the summer fishing was very much a case of feast or famine. A late flurry on the jetties and the reefs north of the Causeway salvaged a soggy summer for area anglers.

Most of the lake is still brackish at best leaving only two options for trout fishermen looking for a consistent bite. Locating suspended fish holding in sufficiently salty water anywhere from 17 to 22 feet deep in the river channel is the most challenging of the two. The easier option has been heading south to the jetties and taking advantage of incoming tides pumping in both saltier water and hordes of baitfish. Even with that knowledge in hand, recent trips have included at least one trip back to the landing to wait out a daily storm.

We did in fact have a handful of days to crow about, but I would give the entire summer no better grade than a C+. While on the subject of grades, I salute every parent or adult that took the time to take a child fishing this summer before it was back to homework and TAKS tests.

I have never fished as many youngsters as I did this summer and it made my year. Father-son, father-daughter, grandpa-grandkids, and even entire family units were the rule rather than the exception in July and August. I fished an aunt that opted for a fishing trip with her two nieces rather than a day of shopping in Houston. That decision ultimately earned her "Favorite Aunt" status. They enjoyed the gators as much as the fishing!

I know that it is more convenient and much more cost effective to split the expense of a trip with a fishing buddy, but the opportunities to share a day on the water with your children are both limited and priceless. They will eventually be the caretakers of this great resource and each outing is another investment in the future of the sport.

I look forward to the day when these youngsters are calling to take me fishing. Fishing and catching are not necessarily synonymous, but fishing and sharing quality time guarantees memories that will last a lifetime.

Even as I write this column, we have a newly formed hurricane headed for the gulf and it has rained everyday for a week. If we can avoid it and any others throughout the month of September, we should have a fantastic fall on Sabine.

In spite of the daily rains, all of the bayous and the Sabine River are still very fresh but surprisingly clear. The shrimp have already started exiting most of the bayous on the east side of the lake and that is all it takes to ignite a good bite under the gulls.

If you have a trip planned for Sabine over the next month or so, do not make the mistake of writing off the north end of the lake due to freshwater runoff. The trout will abandon the deeper haunts of both the Intracoastal and the river overnight once the shrimp migrate into the lake. As the salinity level improves, they will spend more time each day in the main lake, which translates to easier fishing under the gulls.

While I anticipate us enjoying the best flounder bite we have experienced in years, most folks still want to chase trout and redfish throughout September and October. If you fall into that group, I would recommend the following approach.

Inevitably, the best bite very early and late in the day will take place over shallow shell. You will have to decide whether you will fish north or south, but the tactics are the same. The waders and drift fishermen will rule the roost with topwaters like the She Dog, Spook, and Skitterwalk. We tend to do much better fishing them with a slower retrieve rather than "walking the dog." A bone pattern or black-chartreuse are good colors for me.

On the north end, I will begin most mornings working the flats south of the islands and those bordering points off the main passes. When fishing the south end, I especially like the shallow flats all the way from Madam Johnson's to Garrison's Ridge.

A wild card for capitalizing on those low-light hours is the north revetment wall or the rocks just north of Willow Bayou. They always hold bait and the fish are never far behind. If the bait is prevalent in any of these areas, do not leave them until you have tried a longer soft plastic like the Saltwater Assassin rigged on a light jig head.

As soon as the gulls start working, there is no need to switch lures as these same choices usually account for the larger fish in a school. If you prefer numbers, switch to a smaller tail like the Assassin Sea Shad or fish a tail on a 24-inch leader under a popping cork. Any redfish mixed with the trout are more apt to jump a chrome Trap, a Hoginar, or a tail fished slower and deeper on a three-eighths ounce head.

The worst mistake you can make when fishing the birds, outside of plowing right through them, is to leave the area as soon as the birds break up. Stay put longer than you think you should, watch the other boats race away, and enjoy the benefits long after they are gone.

If you want Sabine to yourselffish the afternoons. The guides will be off the water and most of the recreational fishermen as well. The fishing can really be spectacular the last hours of the day in the fall months on this lake!