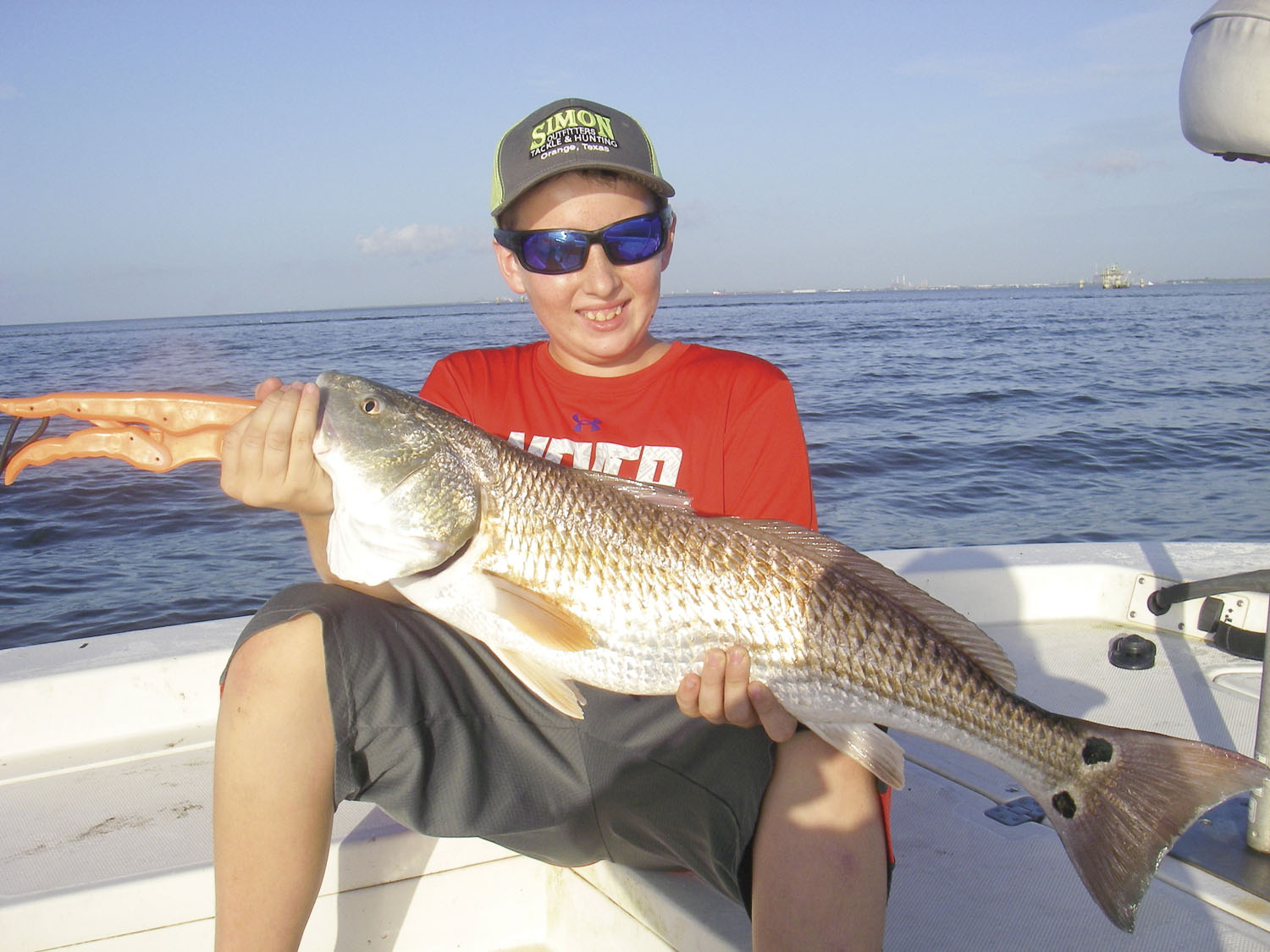 Salinity levels have finally improved to the point that I have seen both bottlenose dolphin and sharks in the Intracoastal north of the lake this week and "pretty good" is no longer a relative term when describing the bite on Sabine Lake. By any measurable standard, our bite is finally good again!

Having said that, Mother Nature will probably take offense and unleash her wrath even before you read this column. We no longer take anything for granted, but the combination of far less rain and very little water exiting Toledo Bend was just what the doctor ordered.

While the trout are currently full of eggs, we are still yet to see any serious numbers of fish in excess of six pounds, but that is of little concern as we are very pleased to once again leave the dock with expectations of catching good numbers of two to four pound fish. Massive balls of immature shad now litter the surface of the entire lake and the bite is as good in the middle of the lake as it is on the shallow flats.

Basically due to the heat, we are starting trips well before dawn and the trout are usually already doing their thing by the time we arrive. Topwaters like a She Dog or Spook walked across the surface in one to three feet of water are both a productive and exciting way to start the day. Once that bite slows down it is simply a matter of following them into slightly deeper water and switching to plastics.

Five-inch tails like the Assassin Sea Shad rigged on 1/16 ounce heads and the larger 4-inch Usual Suspect will usually get it done initially, but it is hard to beat the smaller Sea Shad, Lil' John or a Vudu Shrimp rigged under a TKO cork the remainder of the day. Even the redfish that unexpectedly interrupt the trout bite will jump all over not only the tail, but the cork itself!

Tide movement is always the major key to catching fish, especially on the flats, but water movement due to the ship traffic will extend that bite on the weakest of tides. Thus far the birds have not done much to help us ferret out schools of feeding fish in the open lake. The better indicators have been slicks and ladyfish chasing shad to the surface.

There is no doubt what is going on as the shad are too numerous and too small to attract and hold schools of larger fish, but I have cleaned a number of reds and trout that have ladyfish in their stomachs. When you find yourself in the middle of one of those melees the trout can be a little picky, but not the reds. After all of these years, I tend to believe that the Hoginar may be a Sabine Lake thing, but there is no better choice of lures for duping schooling reds!

Because we are finally catching fish all over the lake, the crowds have thinned out south of the Causeway and if you are specifically targeting big trout that is the place to be. The majority of the winning trout caught in the last three tournaments have all been taken off the ship channel or the jetties.

Croaker fishermen have accounted for most of those fish, but trout in excess of seven pounds have also been taken on everything from tails to crankbaits. The ship channel continues to yield steady numbers of flounder in the three to five pound class. Gulp baits and finger mullet fished on the 4 to 7 foot shell breaks have been the ticket.

I would like to take this opportunity to salute the Jefferson County Sheriffs Association. At a time when we are constantly buried with negative news reports concerning the bond between the police and their communities, that organization recently held their seventh consecutive Cops Helping Kids tournament and it was another huge success.

They raised nearly $100,000 which they will donate not only to designated children's charities like the Garth House and Girl's Haven, but any number of other local organizations that benefit children throughout the community. This annual tournament is the culmination of a full year of "after hours work" on their part and their tireless efforts are both respected and appreciated.

I am also especially pleased that they have chosen to count on the support of area fishermen to make all of this happen every year!