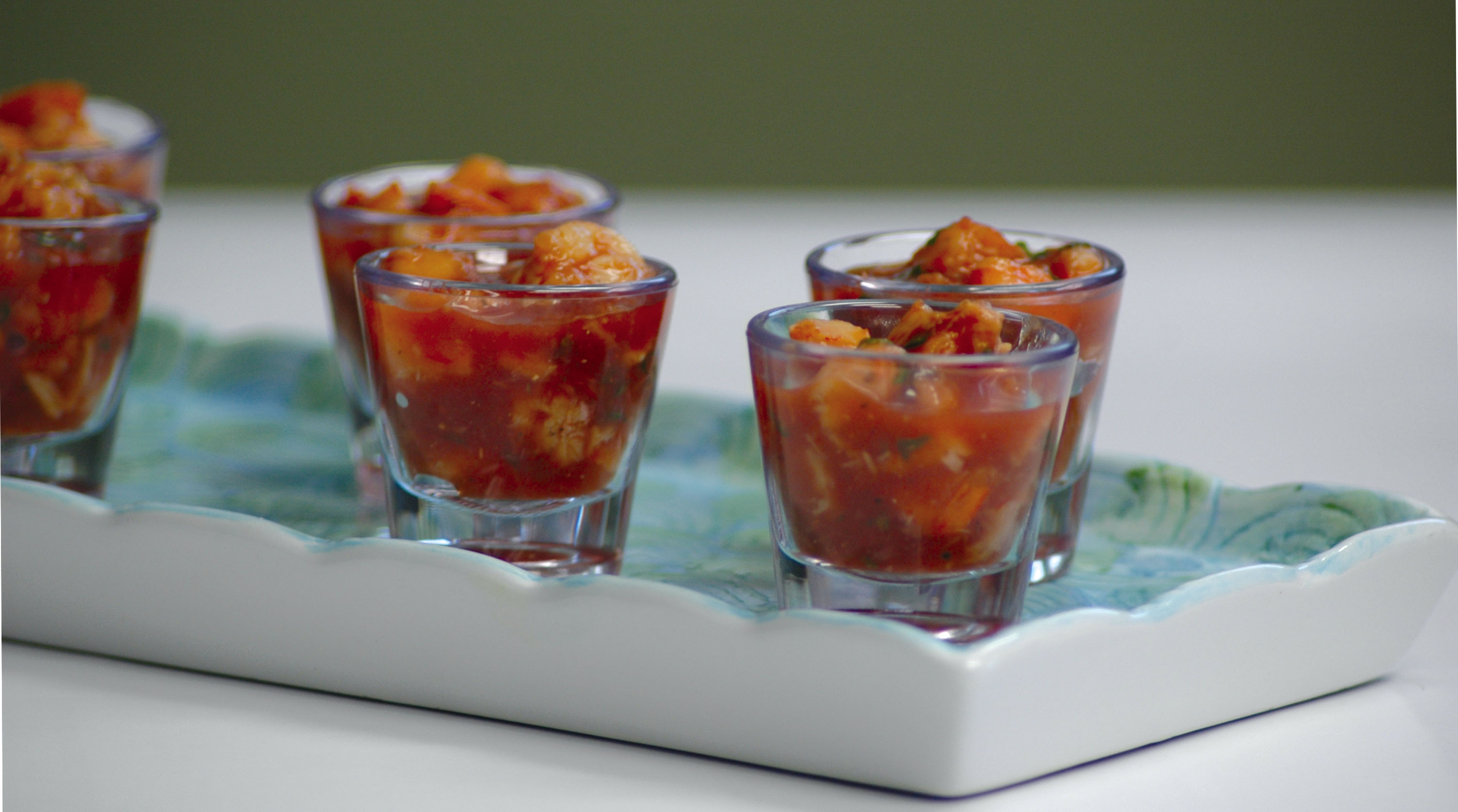 Juice of one lemon

In large stock pot; bring 3-quarts water to a boil. Add shrimp, lemon juice and salt. When water returns to boil, cook 3 to 4 minutes, until shrimp turn pink. Drain and cover with ice to stop the cooking process.

This is a wonderful summertime recipe that can be served by itself with toothpicks or on fresh tomatoes as a salad.

Juice of lemon or lime (to taste)

Combine shrimp with all other ingredients in mixing bowl.

Spoon into shot glasses for serving. Slurp and enjoy! Repeat as often as desired.