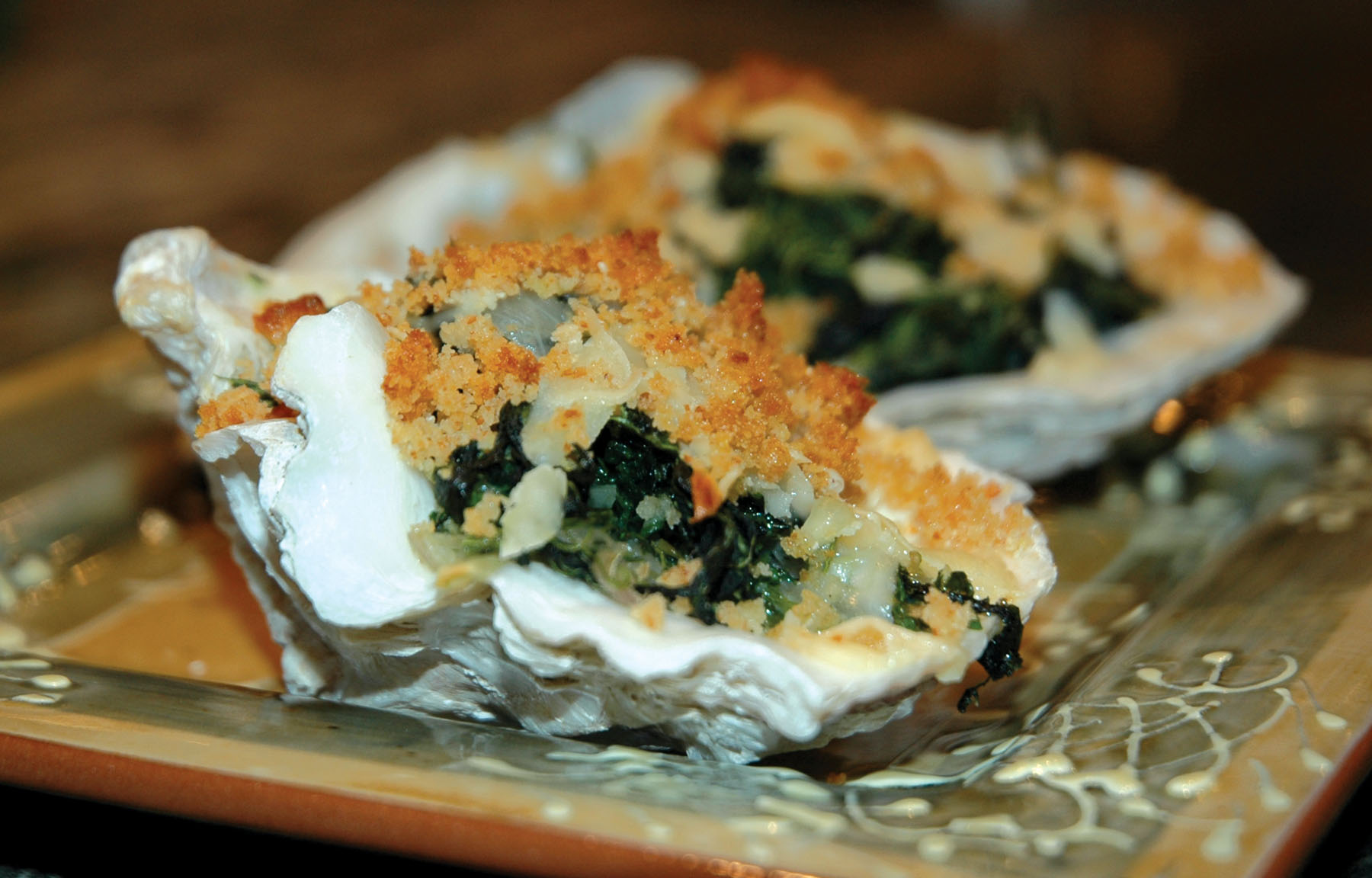 Oysters Rockefeller was created in1899 by Jules Alciatore at Antoine's Restaurant in New Orleans. Jules named his creation in honor of Nelson D. Rockefeller, richest man in America at the time, reflecting the green color (money) and rich nature of the sauce. According to legend, Jules carried the original recipe to his grave and all used today are attempts to copy. This quick and easy version is very delicious and a snap to fix. Oysters Rockefeller are great as a hors d'oeuvre and oyster lovers will probably jump at the chance to make a full meal of them.

3. In separate bowl, mix oysters with several drops of Tabasco sauce and a dash of pepper. Place oysters in cleaned shells and arrange in.

4. Fill shallow baking trays with rock salt to 1/2-inch depth (this helps hold the oyster shells level) nestle the shells into the salt and place one oyster covered in Tabasco-black pepper into each shell.

5. Toss together bread crumbs and remaining tablespoon of butter melted.