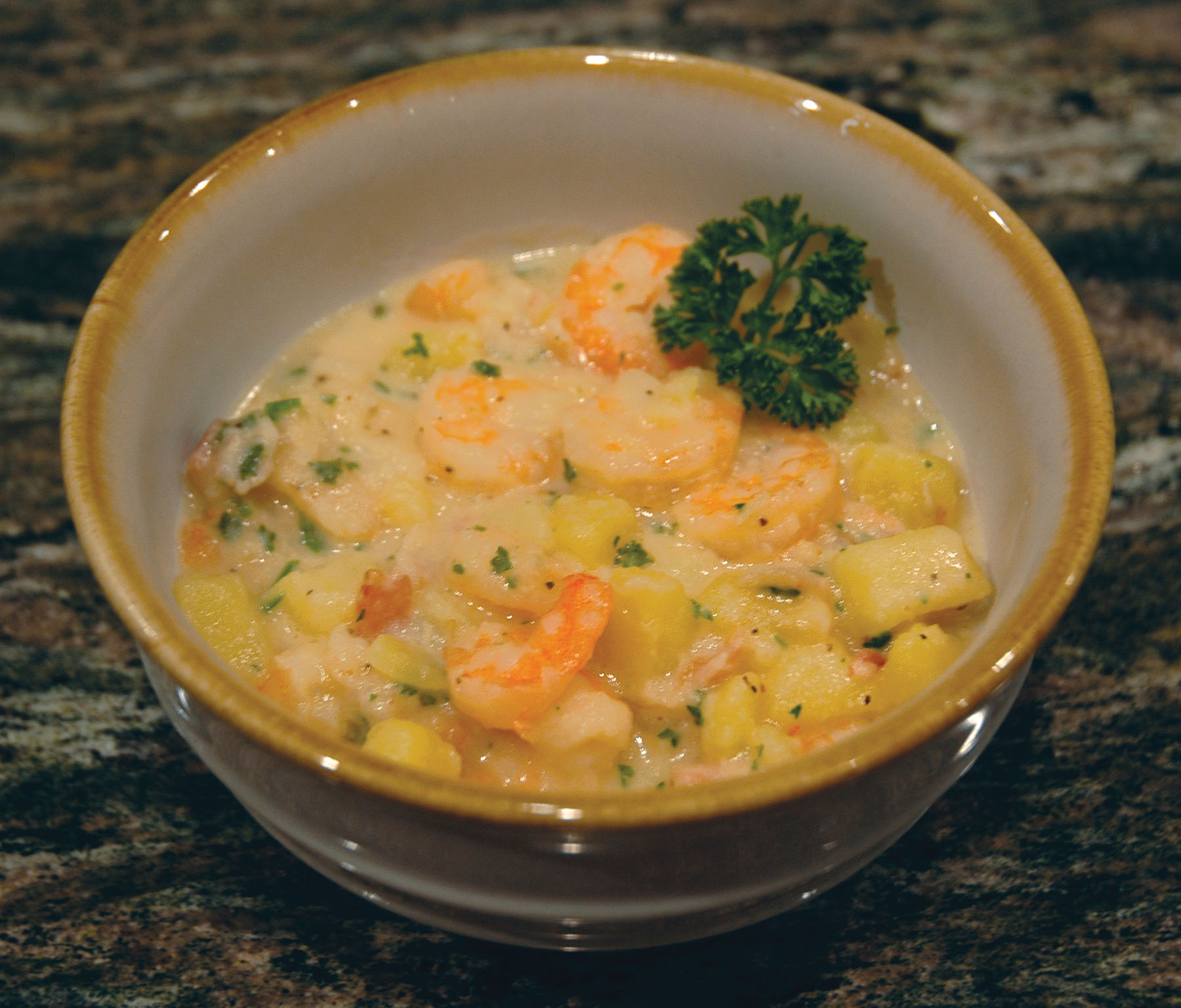 Peel the potatoes and cut them into inch cubes. Place them in a bowl and cover them with water to prevent discoloring. Set aside.

Melt 1 tablespoon of the butter in a large pot or Dutch over medium heat. Add the shrimp shells and stir until they turn pink, about 1 minute. Add the water and fish stock and bring to a boil. Reduce the heat to low and simmer for 10 minutes.

Rinse out the pot and return it to medium heat. Add the remaining 1 tablespoon butter, along with the bacon, onion and garlic. Saute, stirring often, until the onion softens and the bacon begins to brown, about 7 minutes.

Drain the potatoes and add them to the pot. Cook for 1 minute, stirring constantly. Add the milk-fish stock mixture, raise the heat to high, and bring to a boil. Reduce the heat to low, cover the pot, and simmer for 20 minutes, or until the potatoes are tender. (The chowder can be made to this point up to 24 hours ahead of serving time. Keep covered in the refrigerator, then return to a simmer over medium heat before continuing).

Uncover the soup and add the cream and shrimp. Return to a simmer and cook, stirring often, for 5 minutes.

Stir the parsley into the pot. Season with salt and pepper. Serve immediately.

Carrot Shrimp Chowder Replace the potatoes with 5 large carrots, peeled and sliced into 1 inch pieces (there's no need to cover the sliced carrots with water).

Manhattan Shrimp Chowder Replace the milk with additional fish stock or clam juice. Omit the cream, and add one 28 oz. can crushed tomatoes, with their juice, with the potatoes.

Shrimp and Clam Chowder Add 12 small clams (such as pismo), scrubbed, with the shrimp. Cook for an additional 3 minutes or until the clams open.