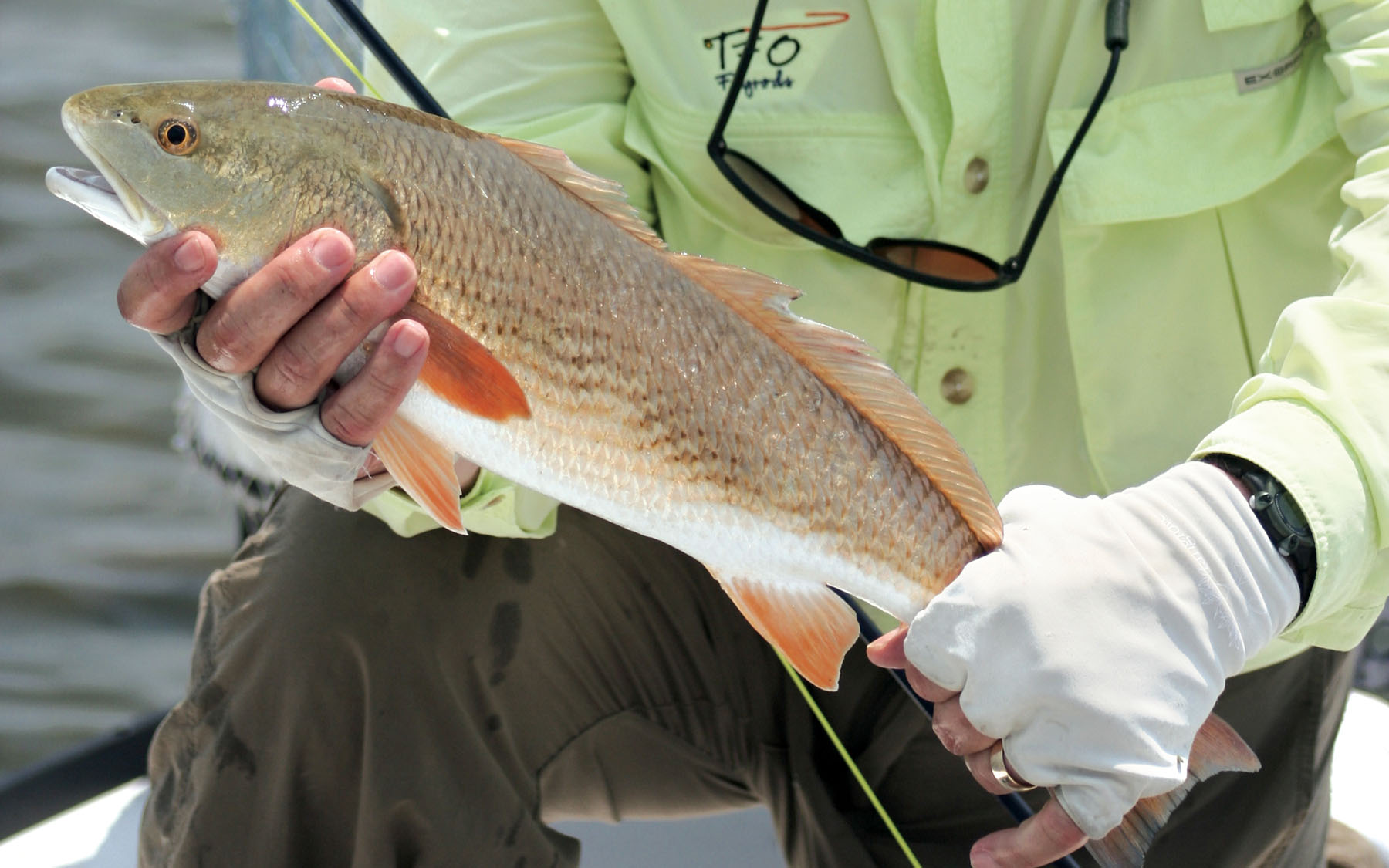 Trinity Bay
Waters have gotten cold over here. Midbay and open bay fishing has pretty much come to a halt with the exception of striper fishing. We have been catching stripers and hybrids in open bay waters. Good warming between fronts has helped. We have been doing well on Corky's and Mirrolures in shallower water, about waist deep. We have been catching some trout up to 26-inches. Most of the nice one though have been in the 20 22" class. They really have been good solid fish, nice and chunky like we expect in winter. Most of the redfish in Trinity Bay are on the east shoreline right now. They have been running in the skinny water, about knee deep. Spoons and soft plastics have been working well on the reds, good slot reds are very common with a few oversized. Some of the midbay shell reefs on the west shore line have been holding some fish however they are not sticking like they usually do in the winter time. We have a lot of bait out there and the fish do not have to concentrate. There is some decent trout action to be had in your upper bays like Tabb's, Burnett, Scott, San Jacinto and Black Duck. These bays have been paying off real well with trout in about six feet of water and taking soft plastics. Most of the fish are anywhere from 16 to 20 inches. We have been able to catch limits here between fronts.

Upper Galveston
Sylvan Beach is still holding some good fish over at the pier pilings. We have been catching them in about six to eight feet of water using soft plastics and Mirrolures. These have been the best baits.

Lower Galveston
Moses and Clear Lake are both holding good keeper sized specks. Soft plastics have been the bait of choice here.

East Bay
Best action in East Bay of late has been along the north shoreline. We have been successful behind the northers and before the next good front comes in. A good area to look at is the south shoreline behind Marsh Point. The Rollover area has been yielding some good specs on Mirrolures and Corky's.

West Bay
Mid-bay shell has seen a little bit of action, nothing to really write home about, though.

The boats are starting to get pretty crowded over the shell from north and south of Deer Island and down toward Karankawa Reef. We have been receiving reports from anglers working that mid-bay shell and they report that the mud streaks with soft plastics and Mirrolures have been the best bets. Confederate Reef and Anderson Ways have been good for wading. We have heard that some of the guys have been catching some good trout with Mirrolures and Corkys over there. Reports indicate fair numbers of chunky trout in the two and three pound class.

It's January and things have been a little slower overall, but it is that time of year and you just to wait it out. Luckily we have been getting these good warming trends between the fronts and we have been popping some good fish when everything opens on these warm windows. Real good winter patterns have set in pretty near everywhere and the fish are establishing a residency near deep water. The deep water provides a good escape when the fronts barrel through. They are staying close enough to have easy access to the shallow shell, towheads, and soft mud bottoms. This enables them to do their feeding between fronts and then slip back down when they need to.

Overall, we are just playing the weather here on the Galveston bays. You have to hit it at the right time between fronts and with the right wind direction. We got good patterns on both trout and redfish and unless something really bad happens I don't see it changing much during February.