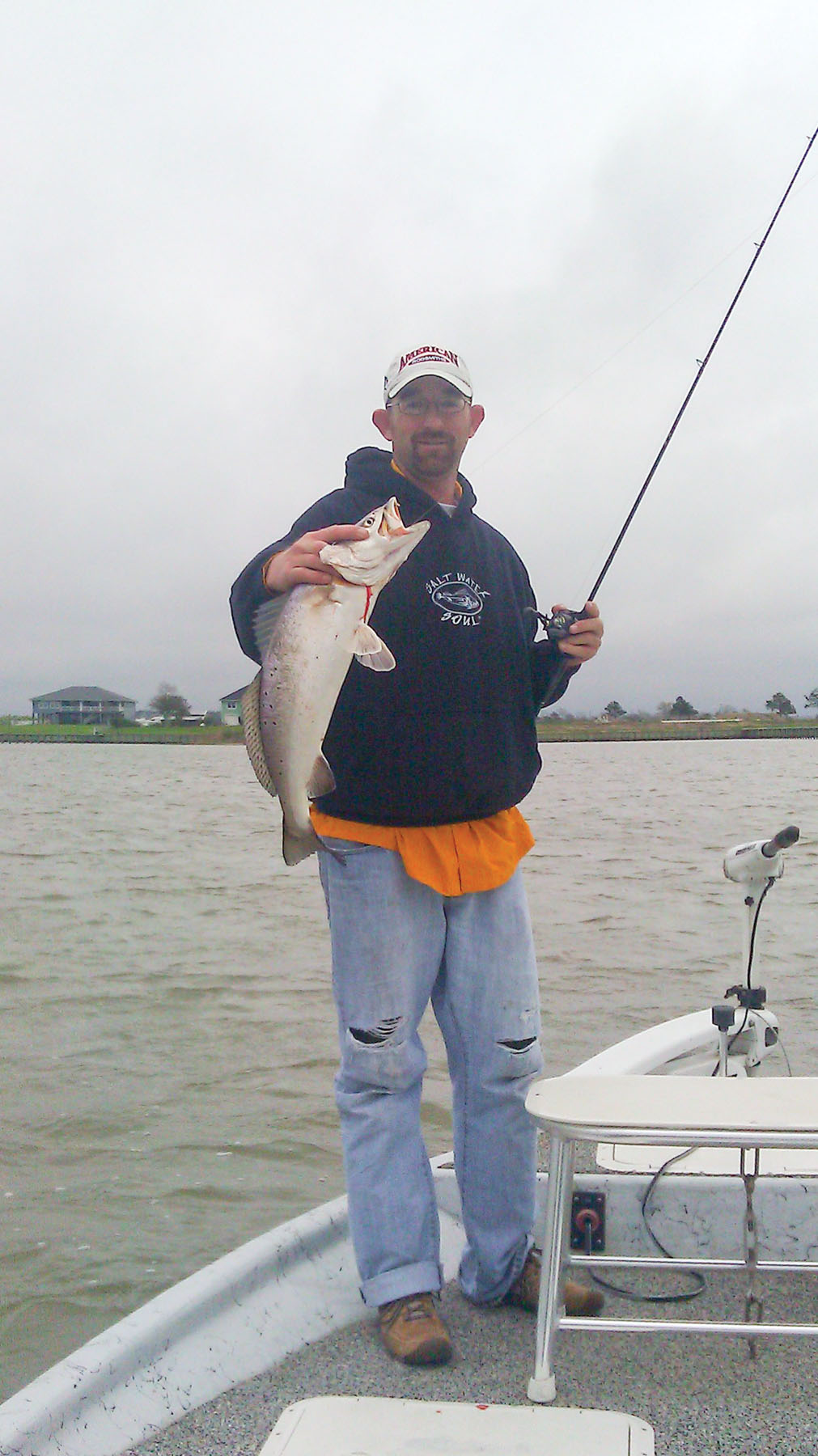 Staying on a pattern is tougher this time of year but when we’re able to figure it out we find some nice four and five pounders.
Old Man Winter has finally decided to move into Texas and is really beginning to leave his mark with extreme low water levels and nighttime temperatures down near or slightly below freezing when the fronts are passing through. Fishermen definitely need to be flexible this time of year and play the hand that's dealt by weather changes. Frontal systems are becoming more frequent with some extreme blows before and during arrivals. Anglers need to take these changes serious and be off the water when these blue walls approach the coast. It's been a long time since I've seen the severity of fronts like I've seen these last couple of late-December and early-January systems.

Looking back, I have to say Upper Coast anglers enjoyed a great year overall and if I could change anything it would be more rain for the entire Texas coast. The Middle and Lower coast regions are still in the grip of ongoing drought and I cannot help but think it is affecting the quality of fishing down there to some degree. The lack of rainfall has really hurt the shrimp and crab populations coastwide and will eventually trickle down through the overall health of our bay systems and hurt our reproduction and survival rates of all aquatic species. Freshwater runoff is the life blood of our estuaries and bay systems. Everybody has a tendency to moan and gripe when the rivers go on a rampage and the bays turn fresh but in the long run this is exactly what they need to remain healthy and productive.

Staying on the fish patterns is starting to be a little more difficult this time of year because we simply do not get enough decent weather days between fronts and those fronts combined with widely fluctuated tide levels can have a profound effect. Signs of baitfish are not as prevalent which makes it more difficult to locate fish and therefore requires a lot more trial and error style of fishing. Establishing a pattern is key to ones success any time of year and even more important in winter. I've found many schools of trout and reds lately with my bottom machine running across open water as schools of shad and other baitfish appear on the screen. That improves my overall mental attitude to stop and really work over an area, especially if there's bottom structure involved such as shell or humps and dropoffs.

Soft plastics like Tidal Surge's Split Tailed mullet and MirrOlure's Lil John are go-to baits for covering the entire water column to draw more strikes. Then after the fish are located other baits can be applied and used for ones ability and confidence. The general areas the fish have been holding in throughout fall and early-winter are going to continue to hold fish in some number as long as water conditions hold up meaning a freshout if we get a huge amount of rain.

The north end of Trinity Bay should continue to be good in Jacks Pocket, Anahuac Pocket, Trinity River, Long Island Bayou, Reds Bayou and surrounding and adjacent flats through the remainder of the cold season. Upstream winter haunts like Burnett Bay and the San Jacinto River areas are good and will remain so with good water conditions.

East Bay is still holding good numbers of trout and redfish on reefs, in and around marsh drains, points, and larger bayous when decent water and weather conditions prevail. Shorelines near drains with mud and shell mixed bottom are usually your best bet on warming trends and deeper structure is better on cool downs and post front conditions.

West Bay will continue to get better as water temperatures stay colder and fish concentrate over deep shell throughout the middle of the bay between North and South Deer Island and over around Greens Cut and Meacoms Cut. Pay close attention to your tidal changes and watch for streaking water while drift fishing with soft plastics and MirrOlures to catch better numbers of trout and reds. On strong southerly flows beginning two days before approaching fronts, work over the shallow flats in warmer water. After the front passes and the north wind subsides, look toward that deeper structure off the northern shorelines.

Stay warm and dry and above all be safe on the water. I look forward to seeing everybody at the Houston Fishing Show March 6 thru 10 at the George R. Brown Convention Center.