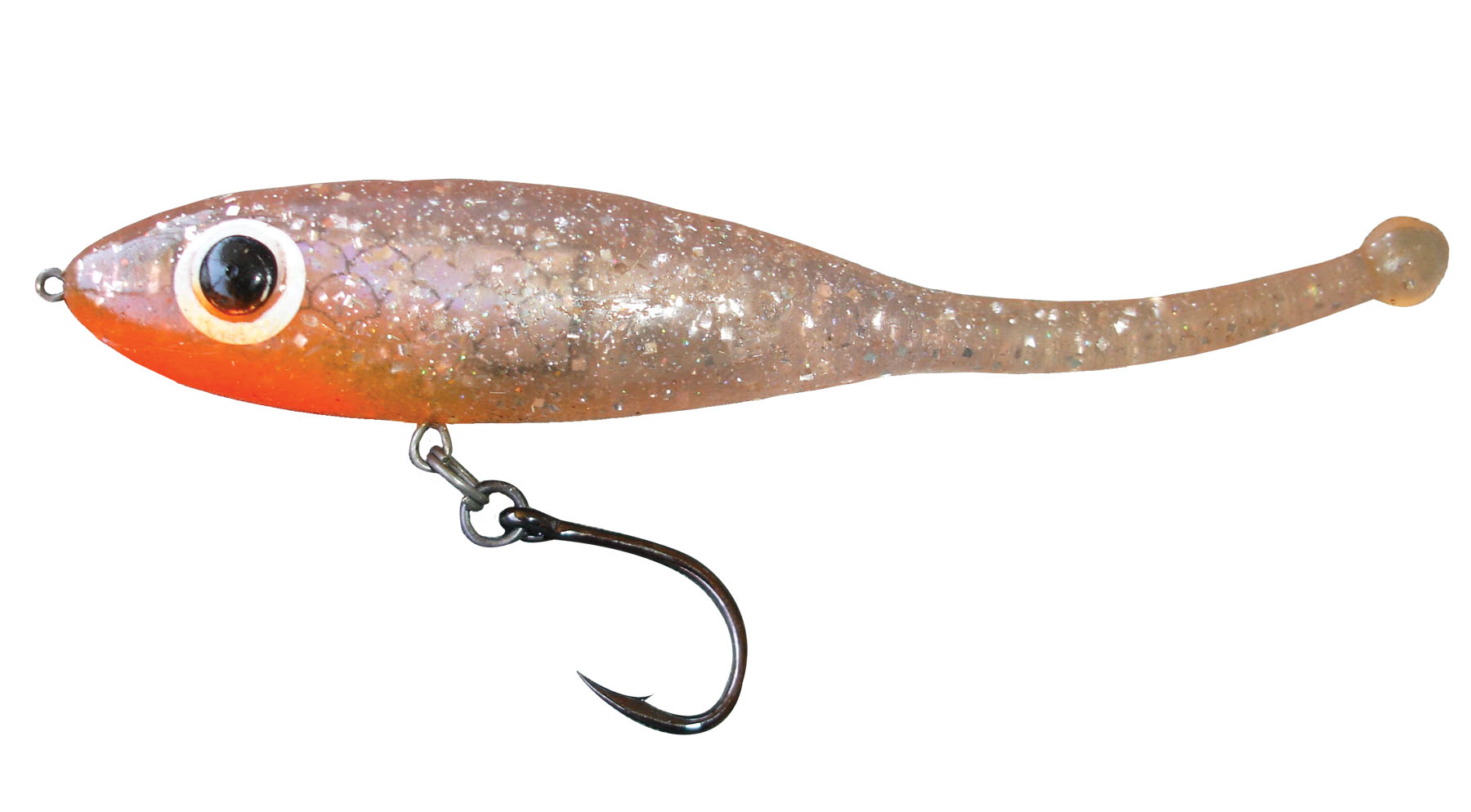 Corky Devil.
Well here it is late December already and not much has changed on the Galveston area bays. That good report I gave last month; you can pretty much just put ditto marks on it. The only significant development has been some scattered bigger trout moving into the shallows of Trinity Bay, East Bay and West Bay. Even some of the smaller bays likes Tabs and Burnett, if you get real shallow and work the soft bottom patiently with Corkies, you might find trout up to 28-29 inches. There are not a lot of them so don't get your hopes up for numbers. But if you go in there and wade and scratch you can land 4-5 really solid fish and maybe a trophy to boot. If wading and throwing Corkies or other slow-sinkers isn't your thing then just pull out deep somewhere and look for the birds.

There are birds working everywhere, it's so easy some days that it's almost stupid. East Bay ,Trinity Bay, Upper Galveston ,Tabs Bay , Burnett Bay, West Bay; I mean it's going on everywhere. The shrimp have gotten real small and that's a signal that the migration is just about over. I think this is probably the last batch to leave out and once we get a real hard smoking norther it's going to dump our water and that will be the end of the whiskers and eyeballs.

When the shrimp are gone, mullet and shad will become the staples of the trout diet. Larger fish will show in even better numbers along shorelines and deeper guts and channels that lie near muddy flats and reefs. Usually in the coldest part of winter the mid-bay will be home to smaller trout, nearly all less than 20-inches and lots of males. The forage species around these reefs tends to be smaller in size and that's what smaller trout will be feeding on.

Our fish shows signs of having it pretty easy with lots of good feed available. The trout have been weighing heavy for their length and the reds are too. Some days we can work a school of trout and come up with three or four hefty slot redfish that would be perfect for tournaments. I'm talking beautiful fish, shiny as new pennies and weighing nine pounds easy; too bad the tournaments are done for the year. When you hit fish like this without targeting them it's a real bonus and an indication of how good things are right now.

Right now you can fish just about any way you like, wading or drifting, and lots of different lures are working. Topwaters and soft plastics are killer under the birds. Speaking of birds, there are some nice fish under there, but you have to get past all the pencils to find them. A big ol' 3/8 ounce gumball jighead with whatever your favorite soft plastic is will work if you let it go to the bottom and work it back slow. This is how we've been pulling the better quality trout and all the redfish under the birds. If you try to work it up high you are going to catch a lot of throwbacks, sand trout and 15 to 16 inch specks.

For the most part there are just tons of fish everywhere and there has been since the hurricane. We are beginning to see them stage in front of the bayous and marsh drains and that has been one of the keys to finding the heavy ones. Waders should target points and other structure around any kind of drain. It doesn't have to be but three feet wide, you can find them in the mouth of it. Anytime you've got a current from wind or tide moving water around a point you can find a hot spot, this is a no-brainer.

Sometimes these little hot spots will hold a lot of small trout and reds mixed with heavier ones and when we find it like this I prefer to throw tails. I think this is the best way because you can get them in and release them real quick and you don't hurt them as bad unless maybe if they swallow it deep.

All of the Corky lures including the Corky Devil are working good as are 51M MirrOlures, Catch 2000 and Catch 5. It's good to be living on the upper Texas Coast after all we went through this summer with the hurricane and it feels good to be a Texan again. What's going to happen when it gets colder is anybody's guess and we'll just have to wait and see when the patterns will emerge. We could have full-blown winter conditions settle in any day and the bird thing and slicks peeling off the reefs will be pretty much over. When this happens we will be keying on mullet over scattered shell and mud and depending water temperatures the gamefish will be in two to eight feet of water and holding tight to the bottom.

With all the silt layer left from the hurricane I do not expect to see that air-clear water this winter in Trinity and East Bays. Not to worry though, this can be a blessing in disguise as it lets us get closer to the bigger trout; they sure can get spooky when it gets real clear you know. As long as the water clarity will allow a foot or so of visibility I think we'll do just fine. Fishing is great right now and we are primed for a great January here in the Galveston Bays. Happy New Year!