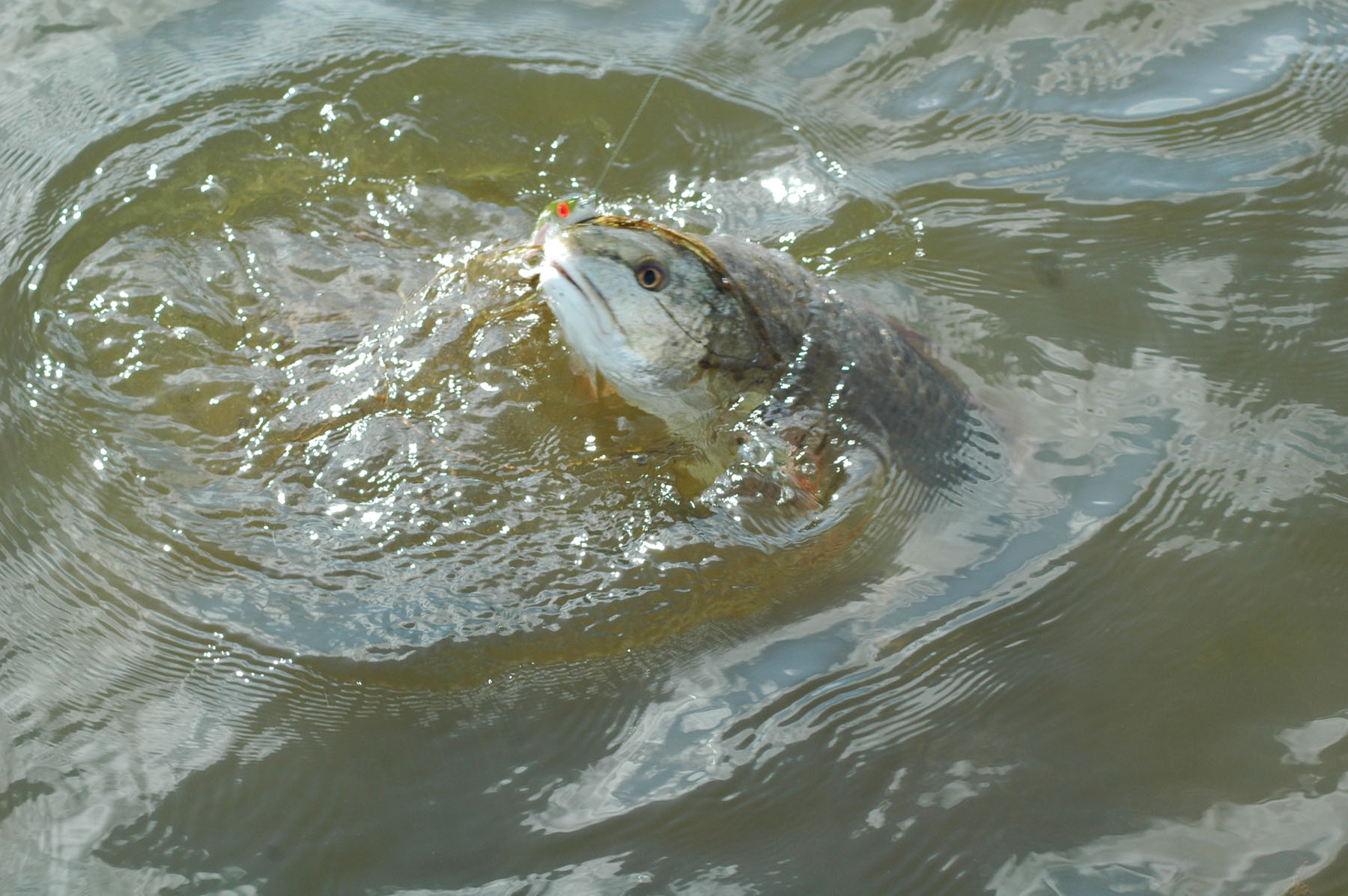 January and February brings plenty cold weather and lots of northers. Predictably, things have slowed somewhat but fishing is still pretty good here in the Galveston System. Trout numbers have been good, just not the sizes that we like. We are ready for the spring fling time where we can catch some big fish.

Trinity Bay
Scott's Bay, Burnett Bay, San Jacinto Bay and even the San Jacinto River are holding some fish. The trout are holding in four to seven feet of water. They are hanging on the ledges, drop offs and scattered shell. We have been finding the reds in about two feet of water. We have been catching them on Norton sand eels and Norton shrimp tails. Color has not been a big factor however we are finding that the darker colors are working better. Strawberry and black have been working very well, on a good sunny day the limetreuse baits have been drawing a lot of bites. For the most part that is the way we are doing it. Bait has not been real prevalent. When you do find the bait you can catch them here and there but you still have to work, no easy pickings. These fish are definitely schooled but just not biting real steady, probably water temperature related. The back bays have been the best areas and getting out of the wind has been a key to success. Another bonus is that these back bays are holding warmer water. Redfish have been the trip saver out in the open areas of Trinity. There has been a little bit of trout action but you have to time it just right. You have to get out there just after the front, out in deeper water back by the river mouth and tide lines and tide breaks. There are some solid winter reds to be caught. Use your soft plastics and your 52M Mirrolures. When you slow roll the Mirrolure over the tide breaks, that is where the bait and the fish are. A lot of these reds are coming in at about seven pounds. It is still a grind but steady when you get that northeast wind working, you can catch some decent fish. The east shoreline of Trinity has still been holding the reds. They are hanging out very shallow down around Hodges and White Herron area on the flats. It has made for some fun trips.

Upper Galveston Bay
Sylvan beach has been the ticket for night fishing. I am not sure what is going on over there because normally we catch them during the day but most of the really good catches are coming at night and off the piers. Usually when you catch them during the day time it is around high noon and we are still catching a few fish over there in the four pound class. The Mirrorlure 52M and soft plastics are the lures of choice over here also. The slow rolling Mirrorlure and Corkys are producing. As we get further into March and things begin to warm up the Seabrook Flats area around Clearlake will start picking up. Moses Lake has been giving up some decent trout and a few reds.

West Bay
This bay has been very inconsistent. If you get it right following a hard northerly front you can find the bite out deep through the mid-bay shell. Drifting through the tide streaks and color changes has been the spot to catch them. We have been catching them on soft plastics in dark colors again. Black, red and pumpkinseed have been the colors of choice.

East Bay
There has been a little bit of shoreline action going on there. It is still a little early for this area but some of the mid-bay reefs have been holding fish. Once we can get the warmer weather rolling in that is when this bay will turn on and we can catch the bigger and better fish in the shallow areas.

Right now is a kind of so-so time for Galveston area bays. March and April brings major changes and things really start kicking into gear around here. We will see fish moving up shallower and shoreline wading becomes much more productive. March is the kick-off to seeing better fish out on the flats. We are always about a month to six weeks behind south Texas, their bite is turning on right now. Right now it's not great but we're still catching... I can't wait until the bays warm up, I think we have a great spring ahead of us.