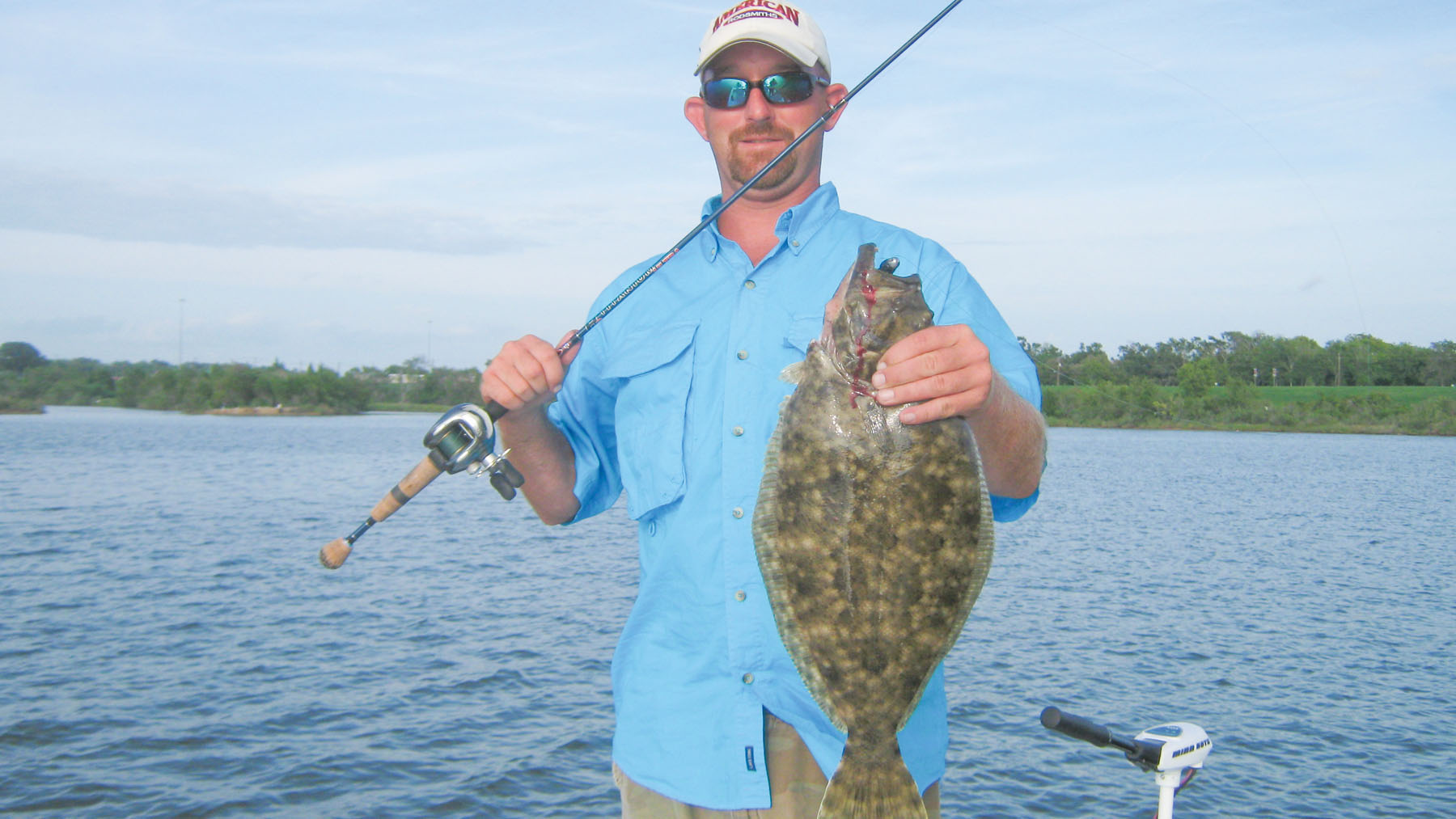 This magically becomes the true outdoorsman's time of year for success. Whether fishing fresh or salt, bird hunting, waterfowl hunting, bow hunting for deer or rifle season, we all have one thing in common we love November!

Speaking of birds, there is bird sport this time of year that does require carrying a shotgun. Anxious anglers with birds on the brain will be arming themselves instead with fast center-console boats and an arsenal of lures ranging from spoons, MirrOlures, soft plastics and topwaters, searching the bays for the hottest bird action of the year with mega-schools of trout and redfish beneath them. This is truly the quickest way to box easy limits but, once word gets out it can become a donnybrook, especially on weekends.

The serious and seasoned angler will be found stalking the shallow flats near drains, points, towheads and dropoffs dressed in his best wading apparel with a few favorite lures in his pocket searching for the Big Three trout, redfish, and flounder. Fall weather and tides are generally very favorable and a fisherman just feels better with the cooler weather after a long hot summer; I just love how everybodys attitude seems to improve overnight. Expectations automatically run higher and it is easier to remain focused. This mental state is quite often one of the keys to success.

Trinity Bay and Upstream Look for flocks of wheeling and diving birds along the western and eastern bay shores and all across the mouths of Jack's and Anahuac pockets in four to eight feet of water. When bird action slows during the middle of the day look for slicks off of already full specks and reds in open bay waters near shell and ledges. I personally like wade fishing early and then move out deeper in the boat during the middle of the day. On windy days stick with shallow shoreline patterns and make the most of your time concentrating your efforts on shad balls, slicks, and rafts of mullet. This technique usually produces bigger fish on those windy days when boat fishing is more difficult.

We have been enjoying an exceptional year in the middle of Trinity Bay over deep structure when weather permits. Most of these fish will begin moving to the shorelines with the baitfish as water temperatures continue to decline. First fish arriving on the flats are usually the male speckled trout and flounder and shortly thereafter the bigger females will arrive within a couple of weeks. Pods of slot-sized redfish will also begin moving from the deep environments that have been their home through the hot months toward the shoreline.

Do your homework. Play the winds and the weather for better success, and if you just have to fish in a blowing norther, go upstream from Trinity Bay and fish the back bays and rivers.

East Galveston Bay Apply the same strategy as I described for Trinity Bay, with more focus on the shorelines for a bigger and more consistent bite. East Bay really rocks on a pumping south wind just a day or two before a frontal system. Concentrate on the upper reaches of East Bay near drains and marshy shorelines with scattered oyster shell, these are areas the really big ones come from just before and after weather systems.

I would suggest throwing traditional big-fish baits such as your larger topwaters, the Maniac Mullet, Corkys, MirrOlures, and Red Fin. These baits can produce career days for most any anglers in the right situation i.e. tides, moon phase, water clarity and light conditions.

The first good incoming tide after a norther, just as the water clears, we have always done well focusing on the northern shoreline when prevailing winds permit. Wade the shallows where the bait is most prevalent and usually the bigger fish come in knee deep to crotch deep water on an incoming tide.

Most of your bird action in the fall will come from the upper reaches of the bay out in front of Robinson Bayou, Marsh Point, Rollover Pass, and Oyster Bayou. Use a trolling motor for better results getting under the birds and staying with them its so much quieter than your outboard that you really have to screw up to spook them and bust up the school.

I prefer tougher soft plastics under birds so that I do not have to waste time rigging another bait when I should be fishing. Tidal Surge's split tail mullet and also MirrOlures Lil John are good choices. Do your best to practice good sportsmanship with fellow fisherman as everybody loves a crack at the birds. And when you've caught enough for supper; practice catch and release.