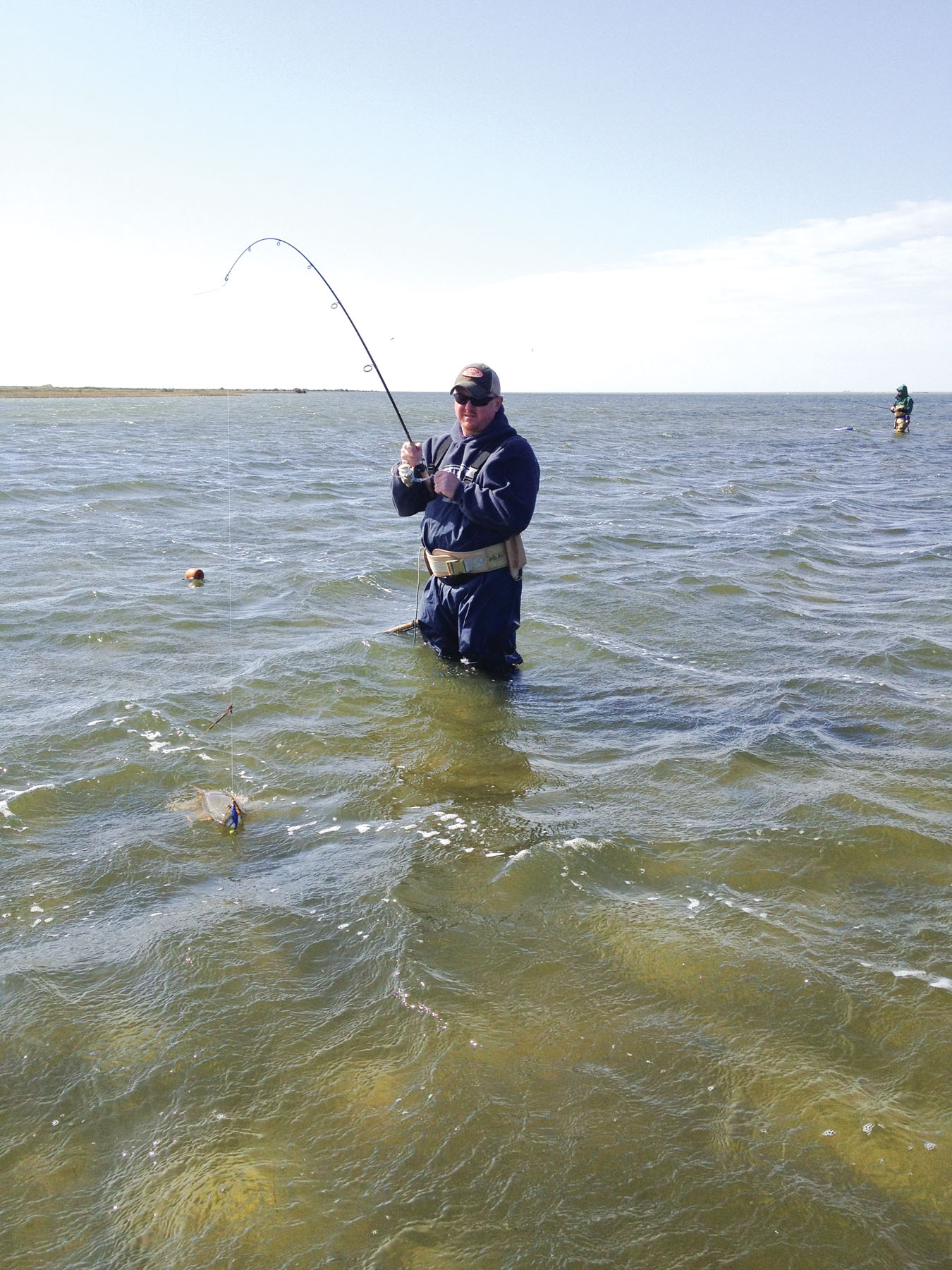 March fishing along the middle coast has been nothing short of great! We've had our standard gusty winds all month, the only difference this year is the unusual amount of northwest. When this happens we are dealing with much lower tide levels due to the water being pushed out of our bays to the Gulf.

Fishermen see this ultra-low water situation from two perspectives. One group says, "Man, I can't get into here or there and I will have to fish the shorelines of the main bay system or in a channel somewhere." The other group says, "Yippee! This water level will congregate the fish into deeper depressions on shorelines and in the back lakes."

I belong to the latter group. I would rather fish a tide two feet below normal than one eight inches above. If you use your head you can catch fish in either situation, but with a lower than normal tide the fish congregate into larger schools waiting for the water to rise so they can get back to their normal haunts.

Ever since the tide fell out back in January we have been concentrating our wades on bay shorelines such as Blackberry Island, Dewberry Island and the south shore of San Antonio Bay. The location is usually decided by wind direction and velocity. There was always a common denominator we found fish stacked near channels or sloughs leading into backcountry lakes and marshes.

What I feel happens is as the water starts to fall the majority of the fish follow the current out into the bay and hold there waiting for the tide to come back in. Granted, there are always a few fish that lag behind the falling water and end up getting trapped in the back lakes or the cuts that lead to the bay. I personally have found hundreds of reds trapped in a small creek no more than three feet wide and fifty feet in length. I would hate to think what could happen if a fisherman with no conscience came across them. So if you happen across fish that are trapped, please keep it to yourself. You may trust the one you told but little slips here and there could surely put these fish in danger. Okay enough of that; let's get back to fishing.

My top lure recently when fishing these shore-bound fish was the 4" Bass Assassin Sea Shad in the bone diamond and sand trout colors. I rigged these on the Bass Assassin 1/16 ounce screwlock jig heads. Most of the fish were available for catching on sight-casts. For the rest we would throw at nervous water or around schools of mullet.

The same or similar scenarios can also be played from the boat. During the month of December I had quite a few trips where the guys decided to stay in the boat. With my trusty Minn Kota trolling motor on the bow of my 24' Shallow Sport we would sneak to within casting range, tossing lures to the individual fish or into any kind of nervous water we would see. When someone would hook up I would stick the Power Pole and fight the fish, usually while the angler was fighting his fish another guy would hook up which made for lots of happy clients. More than once they would exclaim, "That was so cool, I have always wanted to sight-cast to a fish like that!"

When our winds did calm down the reefs in the middle of San Antonio Bay produced well for the guys happy with keeper trout, but plan on a ratio of about one keeper to every fifteen undersized. For this reason I try to put my waders in locations where they are more likely to catch heavier trout and possibly even a trophy.

Locations such as a back lake drain with a depression where it meets the main bay or main bay coves that have a lot of grass and other structure such as mud bars and holes or even a little scattered shell.

As of mid-March Shellie and I will be using Waterloo Rods. I have always admired the Waterloo line and how Jimmy Burns is usually one step ahead of the competition. I will be using the HP Lite 6'7" medium-light action because, as you know, I'm a soft plastic guy at heart. Even though medium-light, this rod has a fast action with enough stuff to also launch my She Dogs way out there.