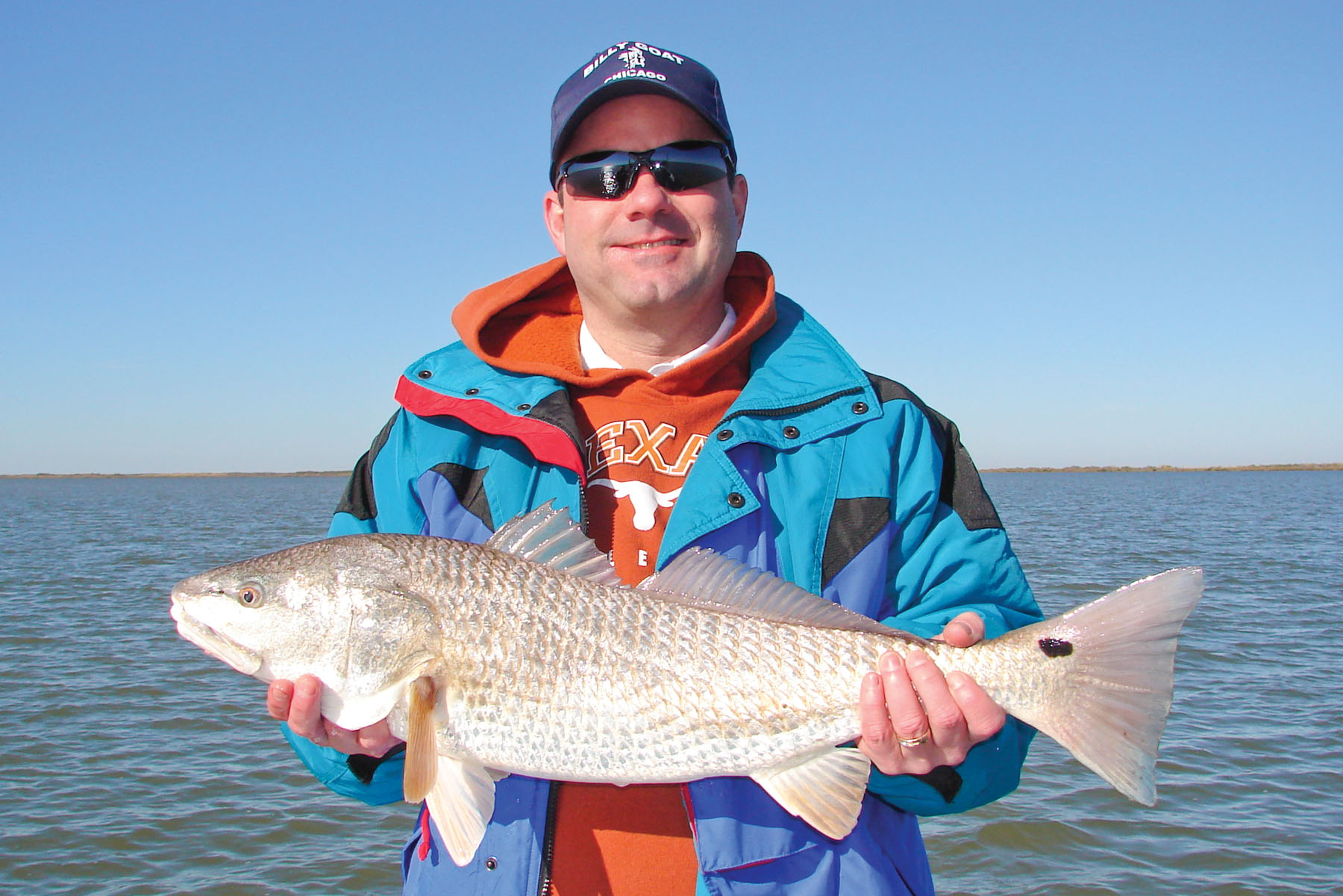 Old man winter showed up the first of January in full force and as I write this we are on our twelfth day of blustery weather with overcast skies and high north winds. To let you know how bad it was, my customers showed up yesterday in waders for a boat fishing trip, two of the guys have never wade fished but they have hunted ducks. They knew that when they hunted in similar weather conditions they wore what they had on and it kept them warm. All I know is its a bad feeling when your guys meet you at the dock in waders and you show up in your insulated bibs and heavy jacket. Was this a wading trip? Did they change their mind about boat fishing and my waders are back at the house? It all turned out okay and my blood pressure finally settled back down and we had an excellent day of boat fishing.

A lot of people I meet over the winter ask me if I relocate to Baffin Bay during February, March and April to chase the big trout. I normally reply in my cockiest voice, Anybody can catch big trout in Baffin. I always let them know I am joking though.

All joking aside, I have a real passion for chasing big trout here in my home waters. Sure we don't have the rocks and, yes the big fish are fewer and farther apart than the famed waters further south, but I will not abandon my home waters until it is deemed necessary to do so to make a living. Besides that East Matagorda Bay is just a hop, skip and a jump from where I call home, and you have just as good of a chance for a behemoth in that bay as anywhere on the Texas coast. I spent many a day chasing my speckled friends in that locale during the seasons when the Guadalupe River flooded me out of San Antonio and Espiritu Santo Bays.

East Matagorda, Mesquite, Ayers and San Antonio Bays all hold the potential for a trophy trout extravaganza. You just have to put forth the effort and plan your strategies every time you get ready to slip over the gunwale of your boat. If you love the glamour of the rocks then just think of all our reefs as rocks.

As far as the fishing along the middle coast; it has been nothing short of great! My time has been consumed with duck hunting, fishing, deer hunting and my new passion, turkey hunting thanks to John Davis, Shellies dad who has shown me that there is something you can do without a boat.

When I have had the chance to chase my speckled friends of the larger variety I have done so concentrating on mud flats and the backwater coves located along the south shore of San Antonio, Mesquite and Ayers bays. On recent trips we have released trout in the twenty-six to twenty-eight inch ranges, and all of these were caught while wade fishing.

The lures of choice have been Bass Assassin Die-Dapper in the sand trout color rigged weedless, and the 4 Sea Shad in slammin' chicken and sand trout colors on 1/16 Assassin heads. We have had to slow our baits down a little during the colder days but I would fish them normally until you feel the little tick of a cold trout before slowing your bait down.

Another question I get often is; I am only catching small trout out on the shell, where are you going to catch those good fish? There are many reasons why you probably aren't catching any big fish on the reefs. One answer might be you're moving too fast and making too much noise - which I see people doing day in and day out. Another reason might be that you are in a location that doesn't really hold many bigger trout. Try to find reefs that have a dropoff or guts running through. You need to be casting to the area where the mud and shell meet. Trout will lie in the mud during extremely cold days or nights. I have landed trout that still have the mud on them when fishing the shell.

Learn to use your heads people; fishing is no different than anything else you do on a daily basis that. You are trying to catch a fish that is trying to elude you so put some thought into what you are trying to accomplish and before long you will become a more skilled and successful angler.Fish hard, fish smart!