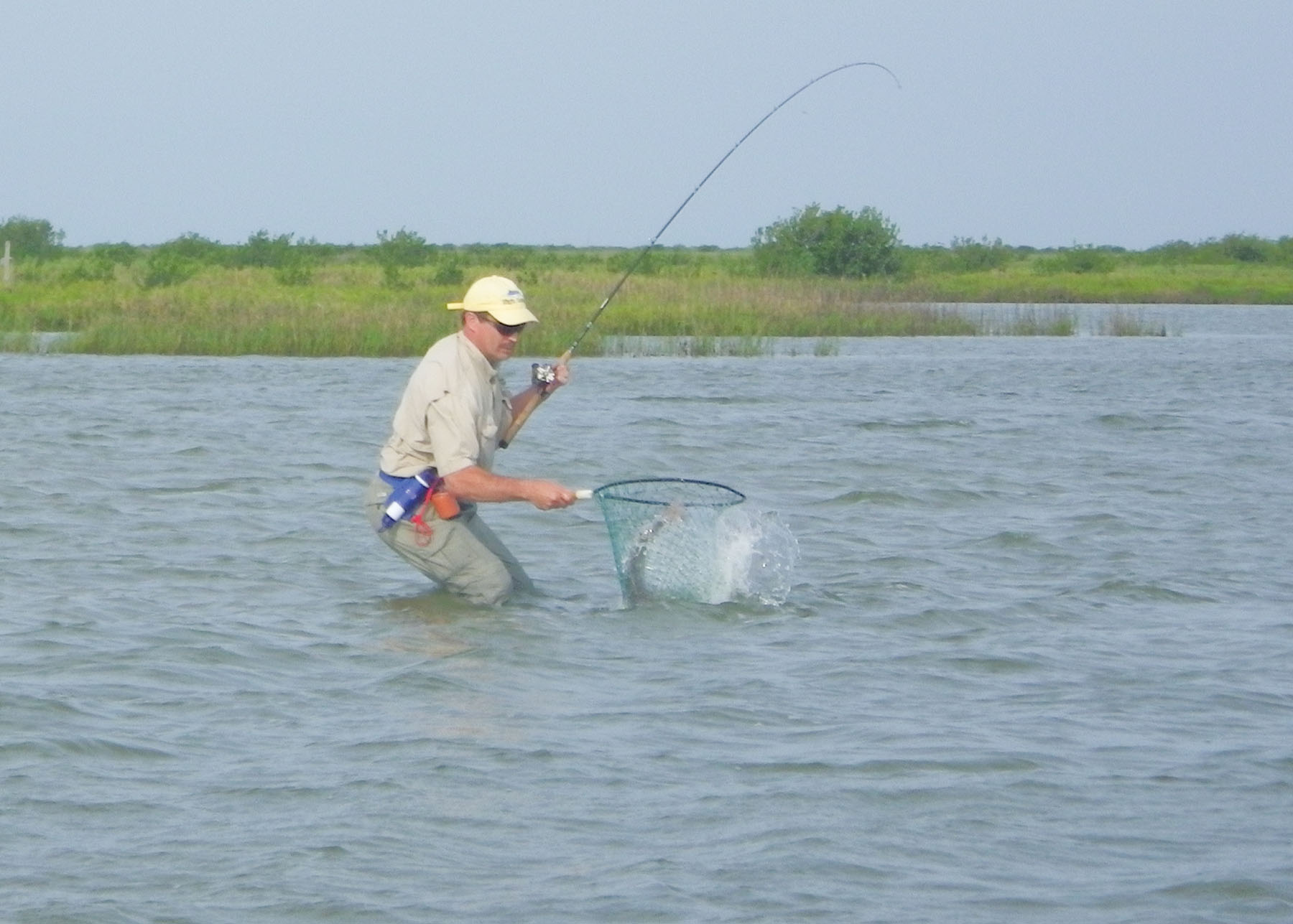 A recent trip reminded me of the old saying, "Just when you think you have them figured out they will make a fool out of you."

The day before I could do no wrong. Then I awoke to wildly clanging wind chimes. I began to wonder what it must be like to have a job where weather doesn't matter, and then I took my first sip of coffee and snapped out of it. I started going over what my tentative game plan would be for the day. I say tentative as it is not unusual for the wind out at Charlie's Bait Camp to be much stronger than in town.

The weatherman said the wind was going to be 10 to 15 southeast; well it was already blowing 15 a full hour before sunup. The south shoreline of San Antonio Bay holds up well on southeast so I decided I would start on a reef that hugs the shoreline with a ridge that almost breaks the surface and slopes quickly down to four to six feet on the west side, the east side is a slower taper that drops about one foot every twenty yards or so.

There were finger mullet rafted on the ridge and I guessed that something had them bunched up. We made our way down the west side alternating casts toward the rafts of mullet with the next towards the deeper water. I hooked up first on a solid twenty-six inch red and directed my clients to cast there. One guy hung another red but his buddy was wandering off out of range, so I took another shot. Boom - twenty-two inch trout! I backed out of there as I fought her and the guy next to me threw back up to the reef and stuck a twenty-four inch speck. I motioned wildly but my other guy was way too far. The action eventually slowed but not until my customer landed two reds, three solid specks and a black drum on his Bass Assassin Vapor Shad.

To our delight the wind had slowed so we loaded up and headed to the middle of San Antonio Bay. With the same type of scenario we began fishing the west side dropoff of another reef. To make a long story short they limited on specs from eighteen to twenty-four inches. Very nice for a half-day trip, two good ones in a row.

Fast forward to the third day, four customers, all day trip. Same type of morning wind so I headed back to the mid bay reef that had given us limits the day before. The water was a little choppy but not so bad we couldn't fish it thoroughly. We threw our Assassins in every location on that reef and landed a total of three huge gafftop, a fifteen pound black drum and a single twenty-two inch trout. By now it was whitecapping and the water was going off-color. So much for me being a weatherman and thinking the wind would lay again later in the morning.

Back on the south shore we ran across an area that was mudded by a large school of mullet. A few slicks made me decide to try. Finally, a slick popped and one of the guys made a perfect cast right into the middle and hooked a five pound trout. That was our only fish at that spot before a boat ran through the mullet, parked a short distance away, and got out to wade. Danged discourteous! Evidently that bent rod really got their attention.

Back in the boat, we hit several more spots that showed promise but didn't produce. It was high noon and we had two trout. Wading to the boat I noticed the wind had finally slowed and wondered if the north shore of Espiritu Santo might be clearing - so we headed across for a look. The water was still a little murky but mullet were stacked inside the first bar.

We started a wade with two guys fishing between the first and second trough and two guys up shallow - no luck. An hour later I made a lucky cast outside the second bar and hooked a solid speck. I motioned for the guy closest to me to fish in between the bars and he starts hooking up. By now the other guys had given up and were already in the boat while he finished his limit. My fault for wearing them out earlier and not keeping them in the game.

So we ended the day with a dozen trout and the guys apologizing for giving up. Given the early conditions I don't know what I could have done different. Momma said there'd be days like this.