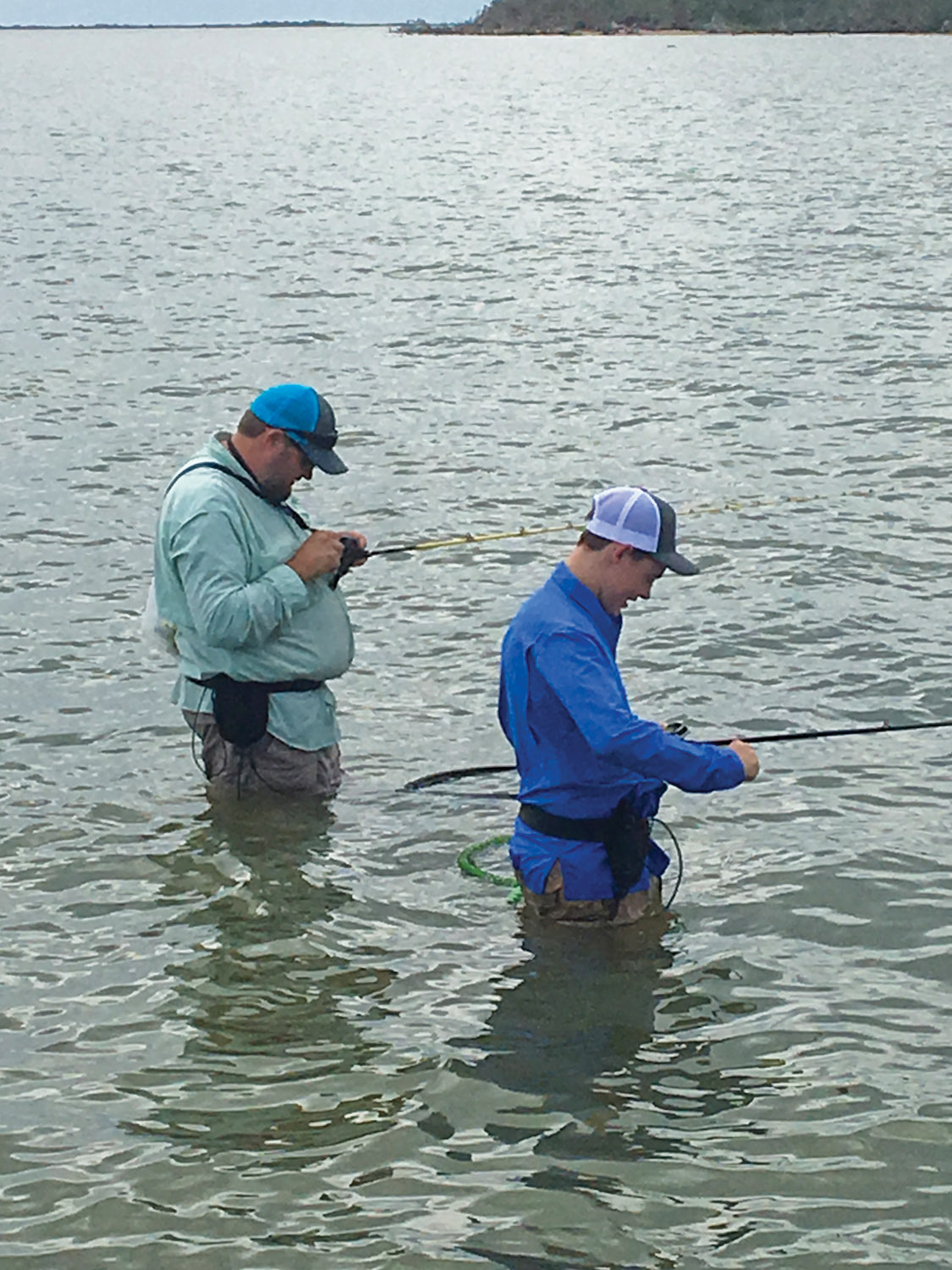 December, in my opinion, can be one of the better months along the middle-coast. I say this because of the many different ways and locations you can fish. Granted you will have to judge the weather and pick your fishing locales logically, meaning that when a norther is blowing you don’t want to head to the south shoreline of a major bay.

Typically, during December, fronts become increasingly stronger and last longer as the month progresses. But there will be two to three days with calm winds between fronts when the whole bay comes back into play.

During these calm days is when you will see the bow of my Shallow Sport X3 pointing toward San Antonio Bay. Nothing gets me more excited than knowing I am going to be reef hopping across the bay where I honed my skills for the trade I chose to make a living. This reef hopping scenario has already played well during the months of October and November for me and my clients. We have enjoyed many great days wading, and on days when wading was not an option, we drifted the same reefs with equally good results.

On the drifting trips we generally choose the larger reefs that run north to south so we can drift along the deeper edge using my Minn Kota trolling motor to adjust the drift. The Minn Kota has also saved many a day when there was no wind at all. On those days, I would just slowly troll along while casting to the drop-offs and underwater points, and also toward the shallower sections of submerged shell.

When choosing a reef to wade there are many factors to consider. Number one should be the presence of bait whether it be mullet or small shad. Just remember during the cooler part of the month the bait will usually be less active at the surface, but still visible. Look closely for swirls or flashes. Another factor should be the presence of birds – pelicans and gulls are both excellent indicators. They can be sitting on the shell or hovering above it. More birds usually mean more bait.

Once a reef has been selected you need to recognize its various features to concentrate your efforts. This is especially true on the very large reefs in the San Antonio Bay system, like Panther or Dagger. They are too large to go wandering around firing casts into potentially unproductive water.

Breaks in the crown of the reef can be some of the most productive areas. This can be any place where the crown takes a dip allowing water to flow across. As little as a narrow one-foot deep gateway to a major cut four-feet deep. Cast methodically on both sides of the reef and, if wide enough, work your lure with the current through the break.

More good targets would be the points of the reef. I’m not just talking about the ends of the reef, but any point of shell that juts out from the main structure. There are many reefs where you will find fingers jutting to the side that often attract and hold fish. Again, you will want to work methodically and cover the whole water column.

My favorite lure when wading open-bay reefs is my trusty 4” Bass Assassin Sea Shad (paddletail). I rig the Sea Shad on a 1/16-ounce Bass Assassin jighead (#05001). When working deeper drop-offs along the reefs I usually switch to the 5” Bass Assassin Saltwater Shad (rattail). The reason I chose the rattails for deeper water is because I can more accurately cover the lower part of the water column than with the paddletail.

In the lure color department, I generally lean toward darker colors – Magic Grass or the Slammin’ Chicken. I will use these colors until the dead of winter when the water gets very clear and then I will switch to the more natural hues - Opening Night or Fried Chicken.

In closing I want to thank Coastline Marine in Seabrook and Shallow Sport Boats for my new Shallow Sport X3. This is my second X3 and I can honestly say that I do not believe there is a better all-around boat out there for our coastal bays. I can safely cross rough bays without my customers taking a pounding and run anywhere I want in the back lakes of Matagorda Island. And most important of all – make my way safely back out of those shallow backwaters.