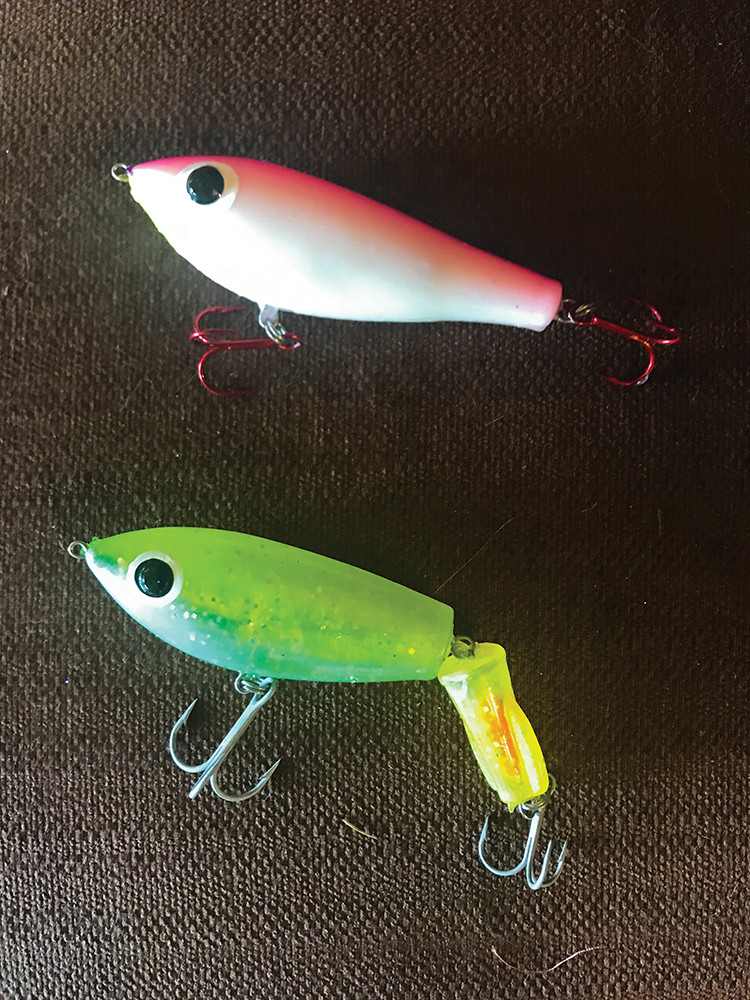 Old Man Winter has been showing his face off and on here on the middle coast, pretty much typical for our region. Some mornings have given us 30-ish temps but even then the afternoons reached the 60s. More common have been nighttime lows in the 50s and then warming to the 70s later in the afternoon.

These somewhat milder air temperatures deliver milder water temperatures on average, which fit quite well into my wintertime fishing plans. This opens a lot of areas where winter fishing can be productive. So far we haven’t been tied down to muddy backwaters such as the famed Pringle Lake or other bog-hole locations.

My clients and I have had numerous productive days wading sandy shorelines of West Matagorda and San Antonio bays. These areas are only productive for us right now because of the abundance of bait that finds the water temps appealing enough to stay on the main bay shorelines. Of course when the temps drop through the night the bait finds its way right back to the comfort zones of the deeper marsh entrances, until the sun warms the shorelines and flats again. Just remember, when you see bait this time of year, there is a very good chance that there will be fish to be caught in the area. Hopefully this mild winter weather will hold through February and we can continue working this pattern.

There has been no one “golden lure” the past few weeks although I have primarily been sticking to a rather short list in several shades of color. One of my proven year-round producers is the Bass Assassin 4” Sea Shad in either Magic Grass or Purple Chicken on 1/16 ounce Bass Assassin jigheads. The way we work these lures depends mostly on how the bait is behaving. When the baitfish are mostly below the surface we work the lure slower and lower in the water column. When the baitfish are hanging near the surface – rolling, flipping, or even skipping – we work the lure higher in the water column and more aggressively to get the predator’s attention.

Another lure that has been part of my wintertime arsenal for quite a few years but has earned more playing time recently is the Steve Brown Broken Back Corky. I am able to work this lure faster than the other Corky-types while maintaining a realistic baitfish appearance. The colors I prefer are the lighter ones such as the Chartreuse/Silver Belly. I also save space in my wade box for the Texas Custom Lures Fat Boy in Texas Turnip.

Another scenario comes when we are having bone-chilling nights followed by overcast days and little or no afternoon warming of the water. Under these conditions our strategies change dramatically, targeting muddy-bottom back lakes and the drains that funnel water to these areas. The warmest water will be found in the protected environments of the deeper drains and adjacent areas. During these chill downs the water levels will drop with the passage of frontal systems and the fish head to the deeper troughs and sloughs for warmth.

These conditions with colder water temps dictate some changes in the lures I choose to entice strikes from gamefish that would likely not be in active feeding mode. I usually stick more to the slower sinking baits such as a Paul Brown Original Corky or the Corky Fat Boy Floater. Both of these lures will get the job done on cold water trout and redfish. The only thing you have to remember about fishing these lures in these weather conditions is to work them slow-w-w-w with only slight twitches. The lure needs to pretty much suspend in front of a lethargic gamefish to entice it to bite. Patience and practice will win out every time when a deep overnight chill and little daytime heating are in play.

These are all very good lures to begin your day with, but it is ultimately up to the fish that you are targeting to tell you which lure will be the top choice for the conditions of the day.

On another note, Shellie and I will be attending the 45th Annual Houston Fishing Show at the George R. Brown Convention Center that will run Wednesday March 4th through Sunday March 8th. We will be at booth #624 and will also be manning a booth for Bass Assassin adjoined to our booth. Stop by and talk fishing or just to see what’s new with Bass Assassin Lures.