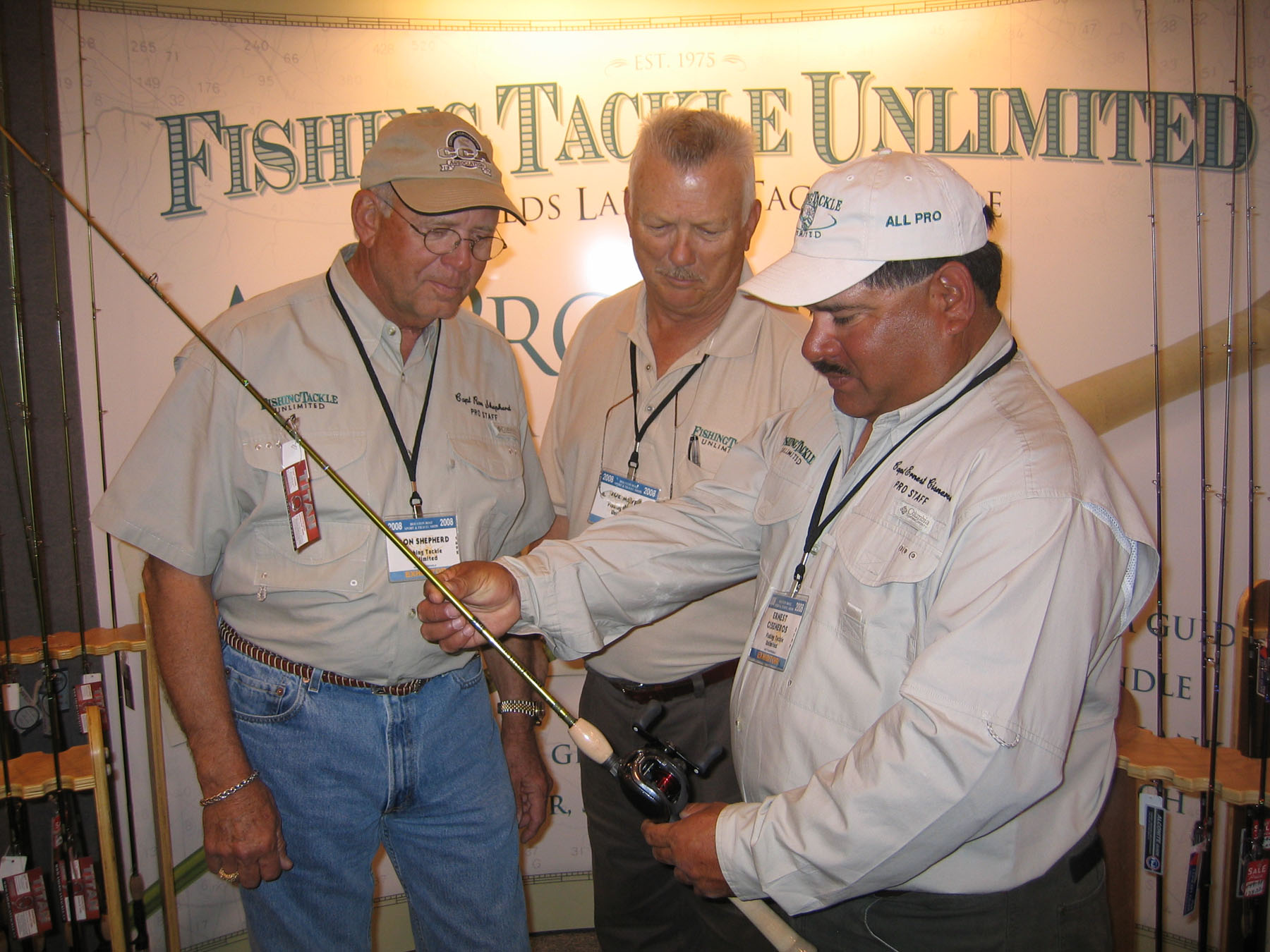 Come checkout the new FTU Green rod (FTU booth) at the Holder Fishing Show - March 5th thru 9th.
Can you believe it? Spring is already here. I hated to see our winter fishing pass so fast; it felt like it was just yesterday when we dusted off our waders and bundled up in our warm clothing. I would like to say this past winter we experienced some of the best trout fishing I have seen in over a decade. The number and size of trout we caught through December and into February was phenomenal. Our muddy wades in the cold mornings and afternoons and sometimes into chilly evenings were well worth the effort. The number of six to eight pound trout we caught this winter is unmatched in my log book.

In March we will continue to target many of the areas we fished in December, January, and February, but soon the water temperatures will begin to rise. As the temperatures increase, so will the size of the field where fish can be found. During the colder months, fish were found in fewer and tighter areas, concentrated in deeper holes or on flats with easy deep water access. Come March, areas that were once void of baitfish and had very little fish activity will come alive again. Baitfish will begin to migrate away from deeper water and tend to locate and position themselves on shallow flats for prolonged periods of time. Gone will be the cold days where you would be lucky if you saw a few mullet jumping. Spring always brings instant signs of new life into our bay system. And you are more apt to find fish in many other places in warmer conditions versus a few tight areas in the middle of winter.

Let me give you a prime example of a pattern that has occurred and what is to come. In the middle of winter, I fished someone who wanted to target nothing but big trout. I knew where they were holding as we headed off in the brisk cool morning. Water temperature was right around sixty-one degrees, and the light winds were in our favor. The excitement and anticipation of landing a trophy became somewhat of a disappointment when only one nineteen inch fish was landed by noon time. I then asked my fishing partner for the day if he was willing to stick it out and wait for the bite to turn on or relocate somewhere else. I knew they were definitely there, and there was no reason to go elsewhere if big trout were the target choice. His answer without any hesitation was to stay put.

The area we were fishing was only about three hundred yards long and not very friendly for wading. We ended up spending the rest of the day and into the darkness in this small zone. Our efforts were rewarded with twelve trout over six pounds, the heaviest was seven and a half pounds and we had many others in the four to five pound class. The point I'm trying to make here is that in the winter months, the areas we fished were small tight areas compared to what's going to happen in March.

March will allow us more options. No longer will we have to stomp only in calf to knee deep mud; we will have the option to choose areas with a hard sand and shell bottom. Lately, potholes have been a key to our success, but come spring they will become even more important. Our vast turtle grass flats will soon come alive with perch and pinfish that use the grass to hide. Find yourself a flat that contains baitfish and potholes and chances are, you will be in for a line stretching, drag singing treat.

For the last four months we have not even come close to the dropping a line in our back bays. The winter tides and northerners tend to dump all the water out. In addition, the temperatures were too cold for fish to hold on flats for long periods of time. But in March it's a whole different story. Tides will be running high again; the brown shrimp will begin to do their thing in muddy back lakes and you can bet that tailing reds will be the first to locate these crustaceans. A telltale sign will be the laughing gulls hovering above tailing reds. Make sure you don't overlook gulls sitting on the water. The sitting gulls have the patience to wait for a redfish to disturb a shrimp and cause it to jump; this is how the gull makes his living.

The only unwelcome change will be the gusty winds that March always brings. March winds can quickly churn any body of water making it almost impossible to fish. Some wind can be an ally when stalking tailing reds. Finding protective areas that keep their clarity in the windiest of conditions will be a key component in March. The Three Islands area will have the best clarity even when the south wind is strongest. Finding redfish and trout on the sand will be a common occurrence in March.

This time of year can be good for drifting the flats. Drifters can cover many miles of water in a short period of time. If you happen to drift into a productive spot, it's always a good idea to drop a drift anchor or two. This way you can drift slowly and take full advantage of the bite.

The outlook for spring looks very promising, especially with all the big trout we've been seeing. As more anglers practice catch and release, and with the new seatrout regulations now in place, the Lower Laguna Madre should only get better in the years to come. Prepare for windy conditions, sharpen your spoons, and lay in a good store of soft plastics; and don't be timid with the topwaters even in the windiest of conditions. Remember just because it's windy above the water, does not mean it's windy underneath.

I will be at the Houston Fishing Show at the Fishing Tackle Unlimited booth March 5th through the 9th. Come by and say hello. Let me show you some of the new FTU Green rods that are going to be showcased for the first time. Right after the show I will be traveling to Costa Rica for some snook and tarpon fishing. I'm really excited and looking forward to this trip, and I will certainly post a report of the trip in next month's issue. Good fishing.