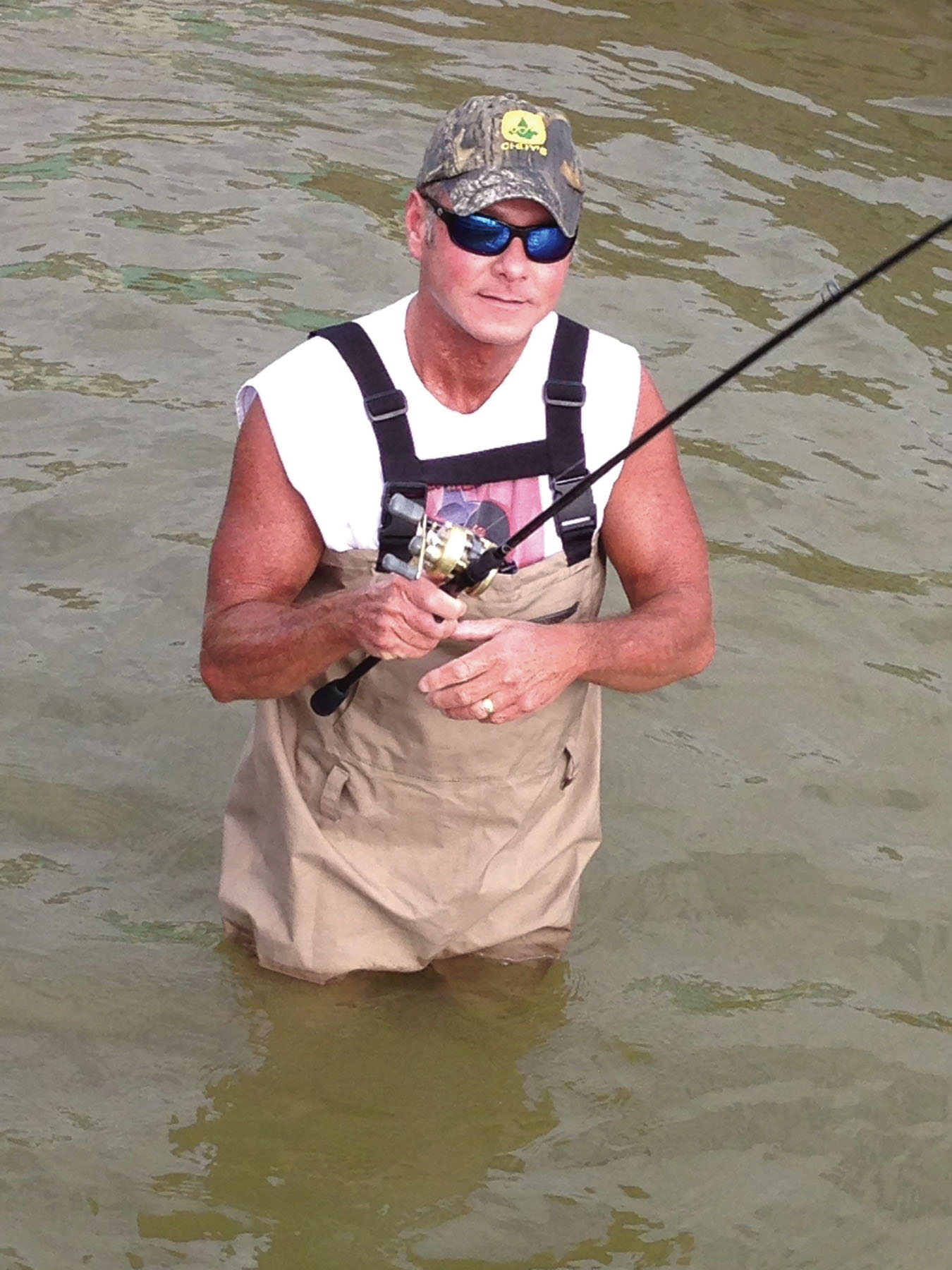 John Cranston will be back to continue his chase after that 30 inch trout.
Well, spring is here but you would never know from the frequent cold snaps still arriving weekly and far below normal water temperatures still present in our bays. This winter has been one to remember! I enjoy cold weather but this year was colder and longer lasting than in past years, which most certainly has had an effect on a number of things.

For one, I have noticed most trout have yet to show egg development that we expect by early-March. My guess is that spawning will be delayed but that will only add to our ability to land heavyweight fish later in the season.

Another noticeable effect of prolonged cold weather has been the relative scarcity of bait in their usual early-spring haunts; instead this cold weather has kept them generally bunkered in deeper water. I will add though, that when we've received three consecutive warming days following a cold front the baitfish and gamefish alike become very active and that's when our anticipation grows tremendously.

We have had some days with steady action but more often it has been well into afternoon before we get on a good bite. In all my years fishing this bay system I have never experienced this pattern lasting so long.

The hunt for big trout has been a dismal grind the past couple of months but with that being said, I anticipate a good spring season. Just recently I noticed fish edging toward their typical late-winter/early-spring holding areas and they were not there two weeks ago. I expect this is the pattern we've been waiting for finally beginning to emerge.

The best locations lately for numbers of trout have been deeper guts and potholes and also the dropoffs between spoil banks. The key has been a moving tide; in or out.

Original Corkys, Fat Boy floaters and sinkers, and the reliable plum and chartreuse Kelley Wigglers worked into potholes are a sure way to entice a strike. Most of our larger trout have come on warm-ups over shallow grass while the smaller fish seem to prefer the waist deep water.

April's fishing always seems best on the strong tides of new and full moon, and the approaching spawning should encourage strong feeding. I like to target late afternoon and early evening on the full moon of April.

The redfish situation continues to be more of a hit and miss for us. For a while it seemed all the redfish were hanging out on the east side of the ICW but the frequent cold fronts drove them from the skinny flats. As the water warms and the tides rise, I expect to find them entering the back lake areas. Spoons and natural colored Kelley Wigglers will be in our Fish-n-Hunt wading boxes. Smaller topwaters such as Spook Jr and 3-inch Zara Pups are also good bets this time of the year.

In closing, I would like to share a pretty neat experience I enjoyed recently. A new client, John Cranston of Houston, booked me for two days of wade fishing, targeting big trout. Nothing out of the ordinary for this time of the year; except that John has been totally blind for over twenty years.

To my surprise, the first thing he said exiting the boat was, "Ernest, don't babysit me. Just tell me if I have grass on my lure, if I'm working the bait right and if I'm going in the right direction."

Turns out John is an experienced wade-fishermen and had no problem working the bait across the grass flats and walking in soft mud was no big deal. Throughout the trip my voice was important for John to know which direction we were heading, unfortunately the fishing was slow during the two days we spent together along with his wonderful and patient wife Pam, who sat on the boat the whole time.

John did better than I ever expected and did manage to land a fish. I will admit shutting my eyes on several occasions just to see what it was like and John gained my full respect. I was able to teach him a few things but John taught me a big lesson about life.

There are many things we take for granted and we often get sidetracked, forgetting to be grateful for our blessings. And despite the slow bite, John promised and looked forward to our next trip and I certainly look forward to my next lesson with him. Thanks John!