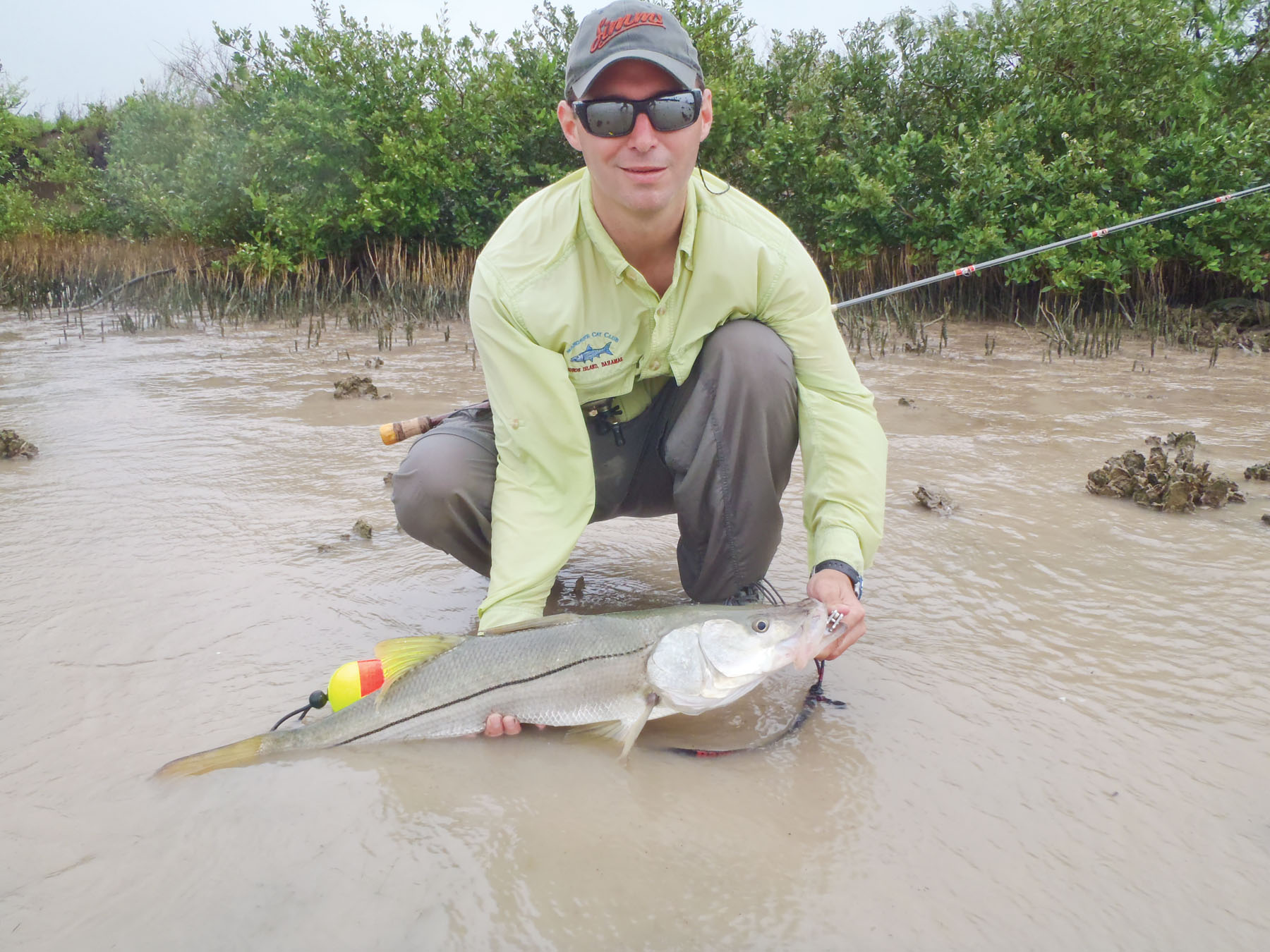 Some folks say August marks the end of summer but they must not live or fish in South Texas. Depending how many tropical depressions and storms come our way, we'll probably have blistering sun and continued high temperatures every day right through September. Currently, even with the mid-summer heat, July's fishing has been as hot as the Texas sun. The winds have finally laid down and our early morning waters are slick-calm. Staying hydrated, wearing good sun protection, and belly deep wade fishing have enabled us to withstand the scorching temperatures.

Finding concentrations of fish early in the morning has been fairly easy as wakes and swirls are easy to spot when the surface is slick. We are currently finding good numbers of both trout and redfish east and west of the ICW. Water color and clarity have improved with the lighter wind, being crystal clear in the shallows to trout green in our deeper water.

Redfish have been abundant on the flats north and south of the Arroyo Colorado and the amount of baitfish alongside is impressive. Early in the morning we are finding large concentrations of mullet along shallow grass lines near the sand on the east side. Schools and pods of finger-size mullet are being chased by slurping trout. If your desire is to chase skinny water redfish in calm conditions, now is the time. A stealthy approach is enormously important on calm days. Remember, even though they do not appear to spook, too much noise will push them out of casting range.

The Super Spook Jr. has been our best surface bait since the slick-off but even a small plug isn't always the answer on a flat surface. Sometimes a fast retrieve excites their predator instinct and other times it spooks them completely away. I tend to experiment with different retrieves and always ask my clients that are getting the most hookups to share their technique with the others. As in any season, lots of blow-ups and only a few hook-ups means somebody needs to try a soft plastic.

On a recent calm morning the trout were just slapping at our topwaters; redfish were following, coming close enough for us to see them. The few fish we did hook and land were only barely hooked, and from the look of the followers we were only getting the small ones. The mullet were very active on top and all the signs were there for the fish to eat. Yet, one important thing was missing. There was no current; the tide was at a standstill till mid-morning, and by this time my clients were frustrated. Like clockwork though, as soon as the tide began to push into our area the lunch bell rang. Everything went from blow-ups to hook-ups. If it had been up to my clients we would have moved to another location an hour too soon. Patience is so often the key. Fish will eat when they are ready no matter what you throw at them - especially the bigger fish.

Our trout have definitely been favoring the potholes. Early in the morning they are usually calf to thigh deep and they'll take topwaters. By mid-day they are waist to belly deep and were throwing dark Kelley Wigglers at them. Catching a limit of nice keepers has been fairly easy but we are also landing lots of small trout. Remember when removing hooks and releasing these little guys to handle them as gently as possible. They can only become trophies if they survive.

The new moon bite has been incredible, lasting through most of the day these past few months. And as expected, the daytime bite during the full moon phase has been pretty tough. I like to schedule my trips (whenever possible) to take advantage of the late evening feed period when the moon is brightest. Quite often that evening bite will be your best shot of the whole day.

What to expect in August? Think freshwater and lots of it. The weathermen are predicting lots of activity in the tropics. The trout action will probably be a bit slower but the redfish will more than make up for it. Look for tarpon fishing at the jetties to really turn on. Boat traffic will diminish toward the end of the month as schools reopen and that will make all the hardcores happy. Don't be fooled into believing summer fishing is almost over because there's going to be lots of catching in August.