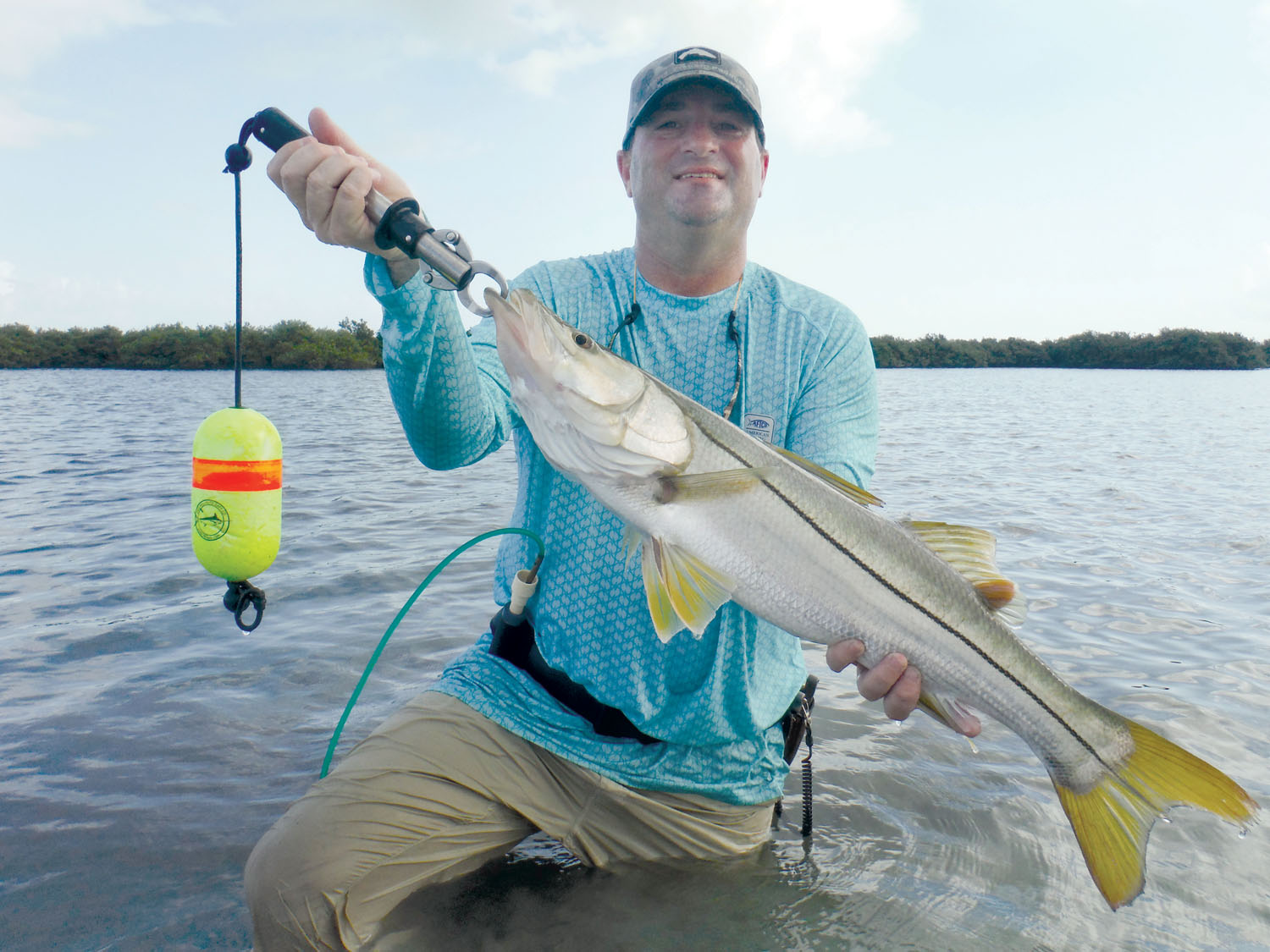 Persistence was the key to Peter Landry’s success.

Hottoo hot! That's the way it's been down here lately, and the water's mighty hot, too.

Sunrise water temps have been running 81 to 84 depending upon the depth where you check it and also the distance from Brazos Santiago Pass gulf water is much cooler. During afternoon I've seen it reach as high as 91. I wish the fishing was as hot.

We have had a few outstanding days and in general the action has been decent for this time of year. Our slower days have come during wind extremes like, slick-calm and gale force. We have had to revise our normal summertime strategies since the heat set in and high wind became a daily nuisance.

I like to call it finesse fishing selecting fishing locations based upon the tide movements, bait presence, water temperature and water clarity. If everything looks "fishy" we give it a good effort with the attitude that the fish are here, we just have to wait for them to feed. We might dedicate up to three hours methodically working an area of only an acre or two.

The best feeding activity has been happening when we have good tide movement. You can still catch fish when the current is weak but you really have to slow down and work for them. As if the heat and high wind were not enough, weaker tidal flows through much of the daylight period has been another factor. Study your tide charts. Two-tide days as we see heading into new and full moon, typically give us strong tidal currents during the daylight hours while four-tide days of the quarter moon periods tend to be much weaker.

Finding redfish has been slightly easier than during June but still not up to par. A few schools have appeared in normal summertime areas but even these are arriving a full month later than normal. Topwater bites have been surprisingly few and I'm not sure why. Maybe increased boat traffic? K-Wiggler Ball Tails get it done when the reds refuse surface plugs, plum-chartreuse on 1/8 ounce heads are hard to beat.

On the speckled side of things, our trout fishing remains strong. Lots of little ones but also enough good ones to keep it interesting. Most of our trout are coming off sandy bottoms in waist-deep pockets. The bite is strongest when mullet are present and active on the surface. For the most part we have not been seeing redfish hanging out with the trout. Maybe a red or two here and there mixed with trout but certainly not as common as we are accustomed. Slicks during "moving tides" in early morning and late evening have been very reliable indicators. Look for trout to concentrate along ICW ledges and drop-offs when tides are low and temperatures rise.

August patterns will be almost identical to July. It's equally as hot, and tides will again run strongest during darkness and twilight hours, unless a tropical weather system appears in the gulf and then all bets are off. Even small tropical depressions can send tide levels and current much higher and stronger than normal. I believe these higher "flushing" tides are good for our bays in a general sense but they definitely scatter fish. Late-August is the beginning of our rainy season and fresh water reaching the bays is another long term positive. Hopefully some cloud cover will provide relief from this heat.

The number of flounder we find by accident on nearly every charter is impressive. You can now actually target flounder and be pretty successful, which is something I could not say four or five years ago. Even the smallest of guts between spoils have been holding good numbers of flatties. The edges of the ICW and old oilfield cuts have also been producing well. I expect flounder fishing will get even better as fall approaches.

Snook fishing is another bright spot when compared to the last two years. This is only a personal theory but I believe the bountiful rainfall over the past year and a half deserves most of the credit for the rebound. Feisty linesiders have been putting lots of smiles on my client's faces. The good news is that we release all our snook to give another angler the thrill of landing one.

In closing I want to give an update on my Catch & Release Incentive Program. Since launching in February, my clients and I have released 556 legal (keeper-size) fish trout, reds, flounder and snook. I want to thank all my sponsors for their continued support in providing the incentive prizes: Fishing Tackle Unlimited, Shallow Sport Boats, Simms Fishing Products and Costa Del Mar.